After enjoying otherworldly cuisine creations married with just the right wine, and views to make you wonder why you bother travelling anywhere else, Private Edition reviews some fine wine estates. 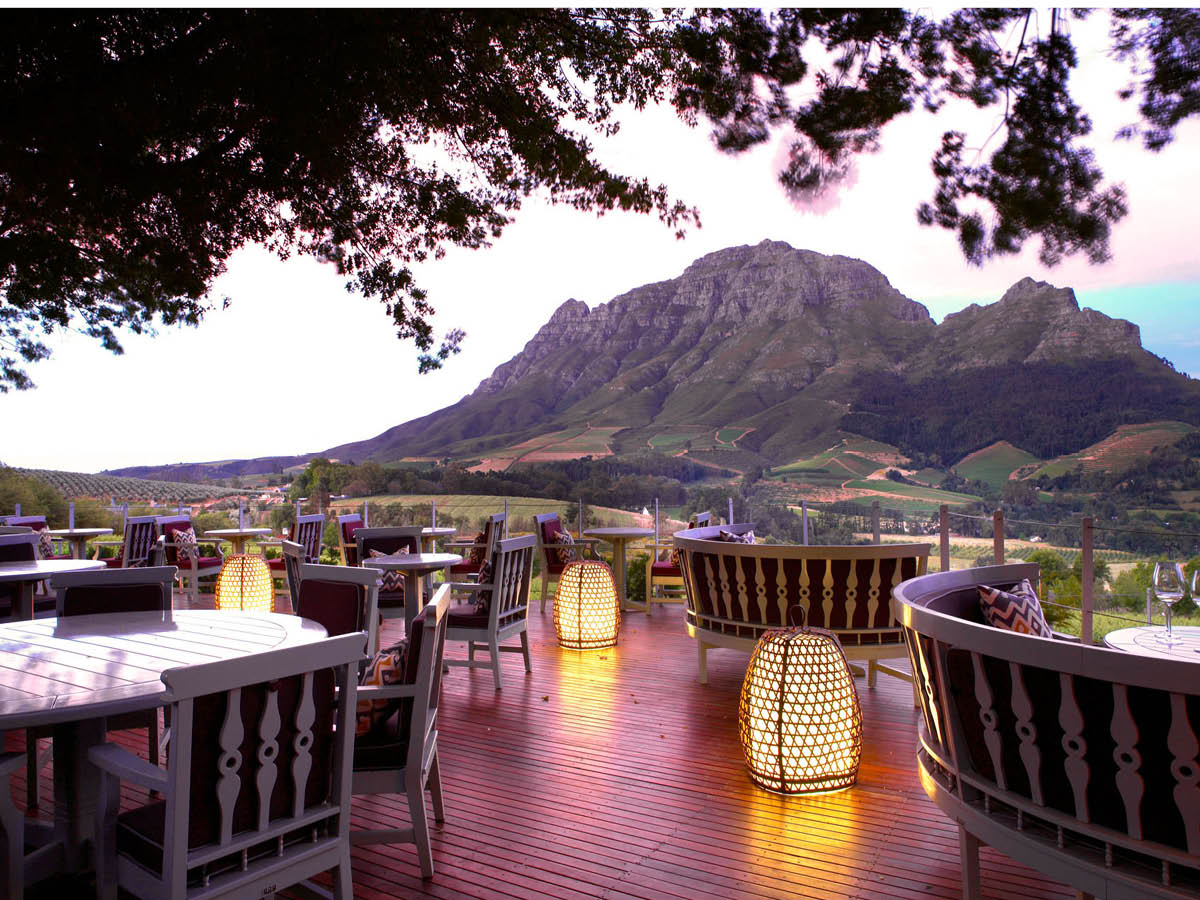 The Western Cape is known as the ‘good taste’ province of South Africa and, with its abundance of fine restaurants and remarkable wine farms, this is hardly surprising. Nor is it astonishing that leading wine estates have opened restaurants on their properties to showcase their wines to the fullest. Private Edition visited three of the finest estate restaurants and challenged the chefs to put together a lunch menu around a single signature wine. The wine’s versatility as well as the chef’s understanding of its taste nuances were at stake. 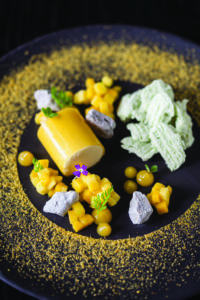 The restaurant at Delaire Graff bustled. My host, head of marketing Tanja von Arnim secured us a spot next to the fire – most welcome since it had snowed recently and there was still a dusting atop the distant Slanghoek and Du Toitskloof mountain ranges. In summer, though, you’ll want to sit outside on the terrace that overlooks the vineyards and Simonsberg.

The Chardonnay is a ‘big’ wine, grown in a single block on the slopes of Botmaskop. The grapes are whole-bunch pressed and fermented for a fortnight before maturing in 40 percent new French oak. According to the tasting notes, ‘an expressive bouquet of smoky floral and citrus notes on the nose. On the palate, almonds, pears and passion fruit are supported by a crisp acidity and fine spicy minerals.’ The richness of this flavour means the wine could easily overpower more subtle dishes, and Deg has put together a menu that is hearty without being heavy.

I selected seared tuna with a chermoula crust, carrot hummus, coriander gremolata, ginger and apple gel, artichoke crisps and a cider gel. The helping was generous, as was the sommelier with his pouring hand. It was a wonderful combination, followed by a wonderful dessert.

Of the estates visited, Delaire Graff was one of two that offers accommodation – it’s a member of the Relais & Châteaux group. Make time to browse the art collection, especially the bold sculptures that dot the property. 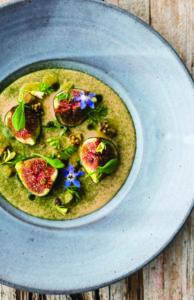 Faber, by virtue of its relative newness and location somewhat off the beaten track (just off the R301,
a few kilometres south of Paarl), is largely undiscovered. This this will not remain the case for much longer. No one who’s been to Faber with me has been anything less than ecstatic about the dishes that come from Eric Bulpitt’s kitchen. The service is cheerful but not intrusive.

Avondale is wholly organic, to which the flock of ducks bussed daily to the vineyards to control the slugs and snails can attest. Owner Jonathan Grieve, a graphic artist by original profession, could keep you for hours when he tells how Avondale lives its motto, terra est vita (earth is life). Almost all his ingredients – with the exception of the Chalmar beef, seafood and, of course, the duck – come from the farm.

The wines are organic too. The La Luna is a classic Bordeaux blend of Cabernet Sauvignon, Merlot, Petit Verdot, Cabernet Franc and Malbec. It’s a ‘meaty’ wine without being heavy, and Bulpitt’s menu does it full justice – and vice versa, as it should be. My lunch guest was heading to Barcelona later that afternoon for a McLaren sports-car launch and doesn’t drink before flying, so the bottle was mine alone…

The best was left for last. The restaurant staff, having noticed on my previous visits that I don’t have a particularly sweet tooth, brought a wonderfully presented cheese-and-biscuit platter without my asking. It included a Gorgonzola foam and fermented quince – that flavour combination is worth a repeat visit but, coupled with the wine, it’s sublime. 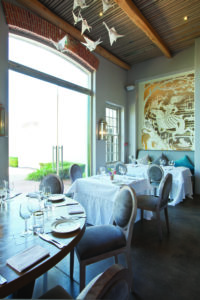 Steenberg in Constantia was the first land grant made by Cape governor Simon van der Stel in 1682, making it the oldest privately owned wine estate in South Africa. It was granted to Catharina Ras, who had arrived in the Cape from Germany some years before disguised as a man since this was the only way she could find passage on a ship. Catharina became something of a ‘black widow’ figure, outliving several husbands who died of such causes as attacks by lion, marauding tribesmen or rampaging elephants.

It was pouring with rain when I arrived for lunch, and it didn’t stop. I was welcomed with a glass of Steenberg sparkling wine by a highly entertaining chef-and-sommelier duo (Maclean is from Paisley in Scotland and John Chishimba from Zambia). We agreed that a good glass of bubbles is appropriate in any weather.

The Magna Carta arrives soon after my guest and, frankly, this is the wine highlight of the series. Let your kid drop out of varsity or hock your Harley-Davidson – it’s worth getting your hands on a couple of bottles of these. The white blend intensified the flavours of Maclean’s orange and cardamom risotto with Franschhoek salmon trout starter.

You know you’re in for a long but delightful afternoon when this is followed by pan-fried kingklip with a lemon-butter sauce and herb blinis. I loved my springbok main and my friend felt her vegetarian dish was the best she’d ever hand. Maclean said there’d been a slight citrus theme all the way through, because this paired so well with the Magna Carta. Steenberg also has a boutique hotel, so check in and overindulge.