A moment with the master whisky distiller of the year

For the third time in the past four years, Glenmorangie’s long-time whisky maker, Dr Bill Lumsden becomes Master Distiller of the Year with the highest-scoring single malt whisky of the International Whisky Competition. 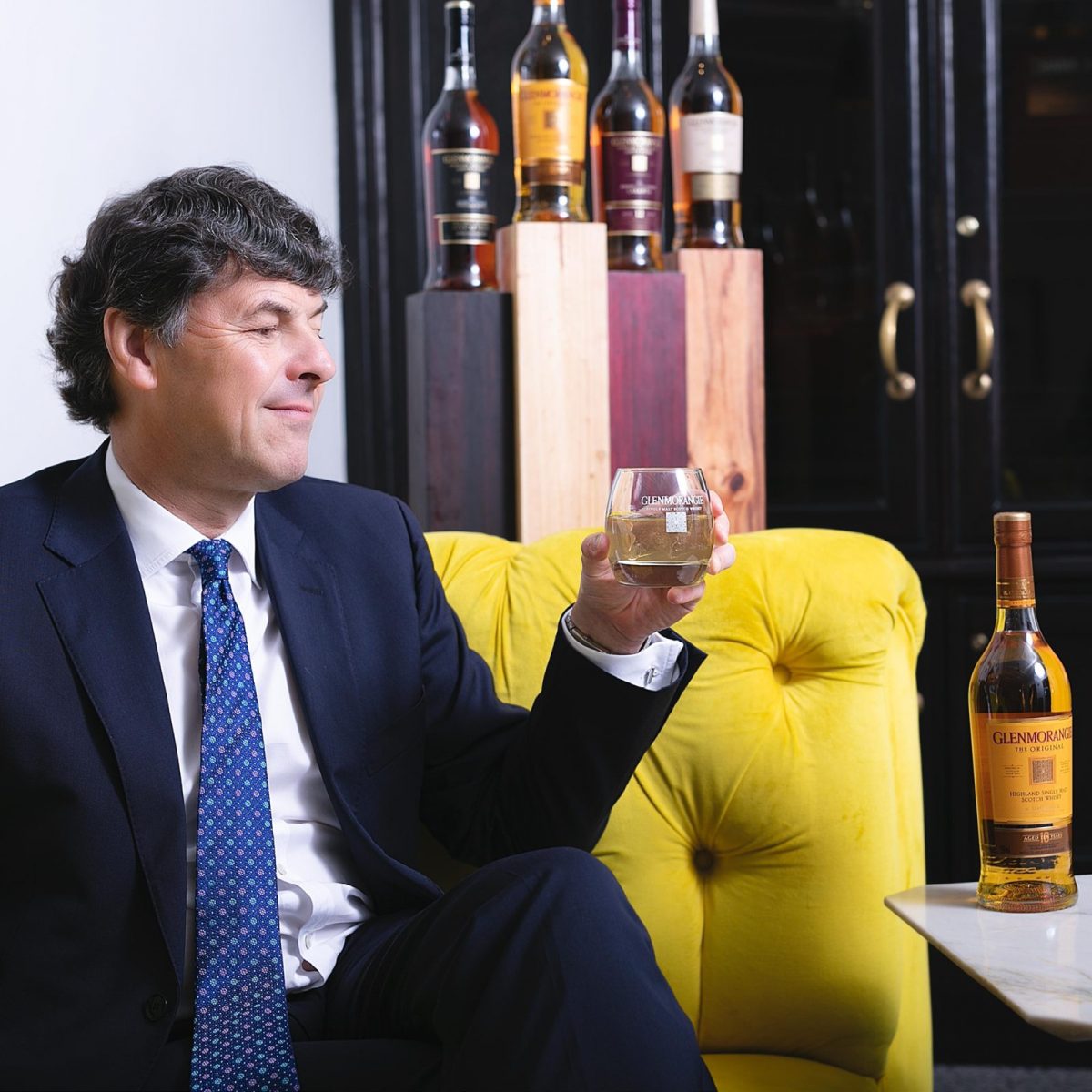 Fondly referred to as the whisky doctor, Dr Bill Lumsden’s impeccable track record of consistent distilling over decades begs the question whether genius is a combination of raw talent and immense passion or relentless hard work and dedication.

We settled down with the Director of Distilling, Whisky Creation and Whisky Stocks for Glenmorangie and Ardbeg to better understand the mysterious makings of the man and his delicate spirit.

How does the choice of malt, the terroir from Barley to bottle and the distillery itself influence the character of your whiskies?

There are so many stages in the production process, each of which can have an influence on the final flavour of the whisky. The most obvious difference for example between Glenmorangie and Ardbeg is terroir-based. On the island of Islay, traditionally all of the barley was dried over a peat fire, whereas in Speyside in the Highlands that used to be the case years ago but has been phased out as we’re looking for a much more gentle form of whisky so we use less peat.

The idea of terroir is topical in the Scotch whisky industry now and it’s something which historically has been ignored. The popular view was that distillation and then many years ageing in barrel smoothed out any differences in the whisky. I’ve carried out many experiments with just that – and particularly with Glenmorangie – using different barley varieties, barley from different areas and different yeast strains. I think that the simple answer to this question is that there is an infinitesimal range of ways in which you can impact the flavour and finish of your whisky.

You’re always in search of innovative ways to add finesse to the Glenmorangie house character while imparting extra richness. What are some of the ways that wood maturation influences the nose, palate and mouthfeel?

It doesn’t matter how good your spirit is, how carefully you’ve distilled it and how small your cut points are – if you’ve then filled it into poor quality barrels you cannot make good quality whisky. It’s difficult to separate each stage of the production process but to my mind the maturation and the quality of the wood is the most important stage. If you’re using a barrel which has been used many times before you simply won’t get a smooth, creamy or a full-bodied whisky. The choice of barrel is critically important. And whether or not you peat the malted barley – this very choice gives you the greatest potential to vary the flavour of your whisky. Whether or not you use American oak ex-bourbon barrels or Spanish sherry casks or red wine barrels, you can really introduce a dramatically different range of flavours into your whisky. So maturation is where it’s at. And you can taste right away whether the whisky you’re drinking has been well-matured.

Ignoring the rule book, you started your quest for wood-based maturation in the late 1980s. Having scanned the globe on visits from the great oak producers of the US to the grand chateaux’s of France in search of the finest barrels, what are some of your most daring experiments and the effects of unique wood finishing on the final product?

Some of my most daring experiments I simply can’t talk about at the moment. I’m doing them simply to see what flavours are possible to create and if I really like something then I have to try and find a way of recreating it within the regulations set out by governing bodies.

Of all the different oak species I’ve worked with so far, and I’m emphasising so far because I’ve got a lot more in the pipeline, in general terms American white oak works much better with single malt Scotch spirit. So when you heat the inside of the barrel, it releases all these vanilla, almond and coconut flavours. You get more of these creamy, sweet flavours from American oak than from French oak and for that reason, I think it just works better.

I don’t try too hard – it just happens naturally, because it’s not a job, it’s my life. My passion is Glenmorangie and Ardbeg. To me, everything is about achieving the best quality we have. I am on the board of the company and the chief executives have always had the faith in me to deliver the quality that is needed.

I am currently responsible for the quality of Glenmorangie and Ardbeg but I’m a whisky consumer so I am my target market which I keep in mind when I create the whisky and I don’t approach this from a marketing or operational perspective, I approach it from a place of passion, and for the love of whisky.

Earlier this year you released Private Edition No.10 – Glenmorangie Allta. Why has this whisky been specifically chosen for the Private Edition’s tenth anniversary?

Glenmorangie Allta, the tenth release in Glenmorangie’s innovative Private Edition series, is the distillery’s first single malt to be created with yeast discovered growing wild on its own barley. The distillery’s whisky creators believe that this whisky has now reached its best and is ready to share. Of course, with such a uniquely rich and fruity character and its focus on the oft-overlooked impact of yeast in the whisky-making process, Glenmorangie Allta is also a worthy whisky with which to mark the Private Edition’s tenth anniversary.