A private lesson to writing your own story

Normally we use writing instruments to record our stories, but what, Richard Webb asks, if the pen itself is part of the tale? 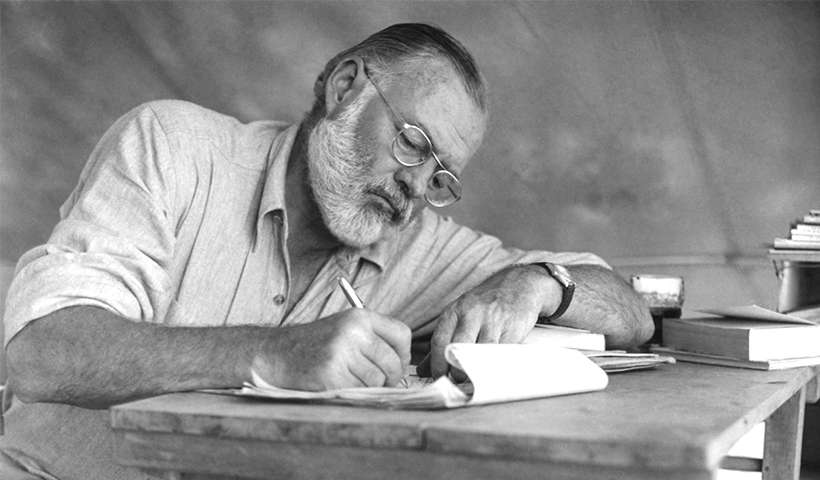 Some the greatest creations began life in the most unassuming ways. Alec Issigonis penned his historic design of the 1959 Mini on a napkin. JK Rowling formulated her blockbuster ideas for Harry Potter on serviettes in a café. What binds these and other inspired thinkers are their writing implements.

Ernest Hemingway favoured pens by Montegrappa, whose ‘Mightier than the Sword’ collection celebrates the US novelist’s intimate relationship with the brand. Montblanc has named a pen in honour of Winston Churchill, who was a dedicated fancier of its writing instruments. Stephen King wrote at the back of Dreamcatcher: ‘One final note. This book was written with the world’s finest word processor, a Waterman cartridge fountain pen.’ He was referring to the Waterman Hémisphere.

Just two decades ago we led analogue lives and digital was relatively rare, but today the opposite is true. Why then, in a world where everyone owns computers and smartphones, are expensive, handcrafted luxury pens enjoying something of a resurgence?

I think the ritual of selecting a pen and the ink colour, and deciding which style to write in is much like the choreographic ritual associated with the Japanese tea ritual chanoyu. It’s not just a sensuous rebellion against modernity, you’re given the time to think about what you’ll write, and there is something active and personal about the feeling and the sound as the pen glides over the paper.

I’ve owned a fountain pen since I was 11 and I am increasingly interested in collecting them. Nowadays younger collectors are seeking a more authentic and tactile connection to the act of writing – the antithesis of the electronic devices on which they spend so much time. This conscious choice among millennials also seems to be driven by a desire to express themselves through craftsmanship rather than mass-produced items.

Collecting fountain pens is not nearly as complex as collecting watches or cars, and there’s a special joy in owning a beautifully crafted instrument. For those who value the artisan approach, the pens of LE Waterman, the ‘father of the modern fountain pen’ will be on the wish list. Waterman is regarded as one of the few remaining first-generation luxury fountain-pen companies.

A gold medal of excellence awarded at Exposition Universelle in Paris in 1900 saw Waterman adopted by the French public – a sentiment that continues today, with all Waterman pens being French-made. Founded in New York City by Lewis Edson Waterman in 1884, the manufacturer’s earlier pens were made of hard rubber and equipped with 14ct gold nibs, often with precious metal trim and overlays.

Many 100-year-old pens still give excellent writing performance and are in regular use, and their nibs are prized for their smoothness and flexibility. Far from being the exclusive domain of collectors, the current fountain-pen renaissance sees interest growing in limited editions like the Blue Obsession Collection by Waterman. Since 1940, when the first blue ink bottle was produced, blue has been emblematic of the Waterman brand. Each pen in this range is inspired by this provenance and is obsessively designed with precise details and encased in a striking blue hue.

It isn’t just a matter of materials and styling, however: the art of craftsman-made pens has been characterised by constant technical innovation. For example, the iconic Hémisphere pen is part of La Collection Privée by Waterman. In line with contemporary runway trends, these fashion-forward metallic shades create an array of fine writing options for the style-conscious writer.

Much of Waterman’s work is about telling stories, and this is where a good story makes all the difference, enticing both new and experienced pen connoisseurs to look at writing instruments in an unconventional way. These are pens for people who love beautiful design as much as they love the art of writing.

For me, handwriting with a fine fountain pen will always beat predictive text, and when you’re using a pen with some history behind it, the mundane can often become extraordinary.