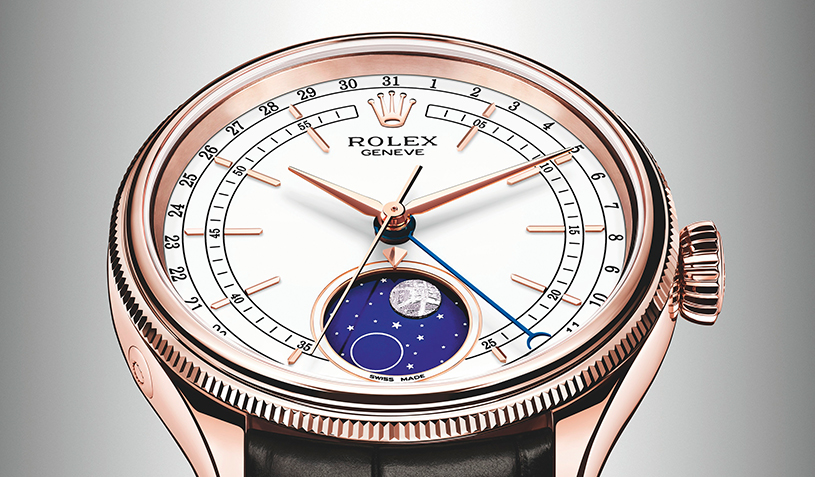 This year, De Bethune released the DB25 Starry Varius, which offers the possibility to customise the sky chart on the dial for a specific date and location.‘The stars are gold pins, each one individually profiled and positioned by hand. The hazy band of the Milky Way is obtained using laser beam micro-milling combined with the traditional technique of gold-leaf gilding,’ writes the Fondation de la Haute Horlogerie.

Officine Panerai’s latest dedication to Galileo Galilei is L’Astronomo Luminor 1950 Tourbillon Moon Phases Equation of Time GMT. The first Panerai model to include a moonphase indicator, it can be personalised according to the geographical coordinates of a place selected by the client.

Van der Klaauw’s previous collaboration with Van Cleef & Arpels to produce the Midnight Planétarium watch led to a version for women, the Lady Arpels Planétarium. The Sun, Mercury, Venus, Earth and Moon orbit the dial, made of seven aventurine discs, at actual speed. 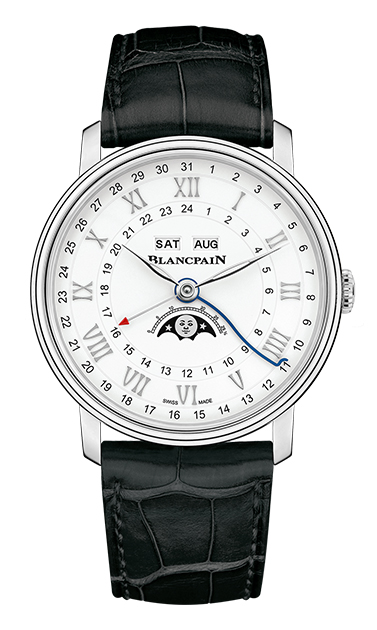 Blancpain’s complete calendar moonphase timepieces with the placement of a moonphase window at six o’clock are a signature of the house. The incorporation of the GMT function in the Villeret Quantième Complet GMT launched this year elevates the timepiece to a high-complication category. The calendar indications are linked to the local time display shown on the main hands while home time is shown with a red-tipped hand.

Bell & Ross takes inspiration from the night sky for its collection of BR S Diamond Eagle ladies’ watches this year. It has referenced the constellation Aquila (eagle), one of the brightest clusters of stars in the Milky Way, and covered the dial with sparkling diamonds that twinkle like stars. Contemporary and classic, the Rolex Cellini Moonphase displays its lunar complication on a blue enamelled disc at six o’clock on a white lacquer dial. An indicator set at 12 o’clock on the subdial allows you to read the moonphase as the full moon, shown as a meteorite appliqué, and new moon, a silver ring, rotate through the lunar cycle.

A Lange & Söhnehave in their collection the Lange 1 Moon Phase, with a newly developed movement and a moonphase display with an integrated day/night indication. The moon orbits against a bright-blue sky by day and a dark-blue starry sky at night.

The special quality of the Rotonde de Cartier Earth and Moon watch is that it uses its tourbillon and a moving lapis lazuli disc to reveal the moon phase on demand. A white-gold Roman numeral grid and map of the earth sits on top of the lapis lazuli dial, and beneath that is the tourbillon. All you need do is press the pusher at four o’clock if you want the small lapis lazuli disc to partially cover the complication. The disc displays the current phase of the moon, while the visible part of the tourbillon represents the shining moon.