The art of the fountain pen

Don Paul shares his love of pen and ink. 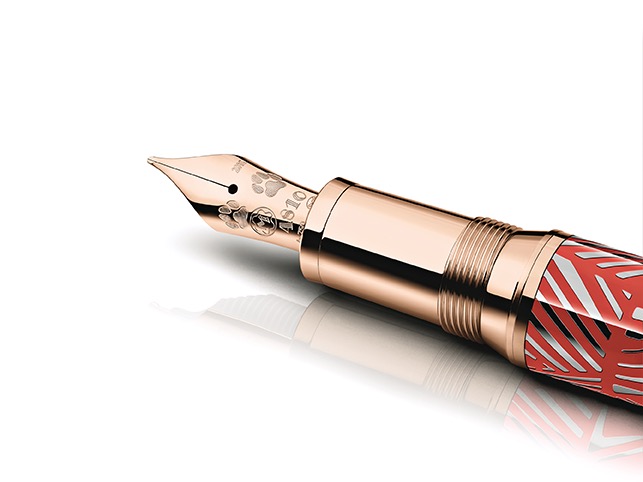 The museum guide turned towards the display cabinet. For a moment her schoolmistress style faltered, her ‘you-are-a-VIP’ smile slipped. ‘This is my favourite because I am a writer,’ she whispered before regaining her guiding instincts. We were in the Victorinox Visitor Centre, in the village of Brunnen on Lake Lucerne in Switzerland. The family-owned company, made famous for its Swiss Army Knife (now custom-made for more than 20 armies across the globe), has its factory in the town of Ibach, a mere 4km away (or, as the Swiss would say, ‘a 39-minute walk’).

In the cabinet was a penknife with some 20 small blades projecting from either end of the handle. The knife was used by scribes to sharpen their quills – because this was before the days of hardened stainless steel, a scribe could not waste his time sharpening a single-blade knife in order to sharpen his pens. So a knife was created that could sharpen a lot of quills without much ado.

The reverence touched me. When I was in Standard 3, my parents moved countries. On my first day at the new school, I was elated when we practised writing: we used ink pens and were expected to use cursive script. Back home we were waiting to practise ‘joining writing’ and still used pencils. After a week, the teacher said that there had been a mistake, and I had been placed in the Standard 4 class. I was downgraded to Standard 3. And pencils.

However, the ink had stained. On the way home on that first day I stopped at a trading store on the main road. It was run by an Indian family, and the inside was murky and filled with the smell of kapenta, small, dried and salted freshwater fish that rested in fat hessian sacks on the floor.

On the counter was a stand with fountain pens: black, purple, deep green; fat ones and thin. There was a half-full bottle of ink and some paper. After a long, fidgety silence, I asked if I could try a pen. The owner nodded gently. I selected a fat, dark-green pen and dipped it in the bottle, which he had opened. I drew a line on the blank page and wrote my name. The owner smiled. I walked to my father’s office and asked for some money. He was busy and pulled a two-shilling piece from his pocket, and I had my first pen. I think it cost one shilling.

More than 50 years later I still use a fountain pen, a Lamy. Lamy opened for business in 1930 in Heidelberg, and its timeless design has garnered multiple design awards. Mine is light and the cap clicks firmly onto the body. I’ve tried other pens, from my first Parker (a gift) to the highly coveted Sheaffer I bought when I joined the corporate world (I lost it in the US). I’ve had a Waterman and a Cross, and others too.

Then there was Montblanc, the pen company that strived to reach the highest pinnacle of quality craftsmanship. I longed to own one. During a prolonged stopover at one of the vast airports in the United Arab Emirates I went to the Montblanc shop. The salesman was simultaneously cloying and aloof. I selected a pen – can’t remember the model – and asked for some paper. The pen had the heft of a good knife, the lightness of a wand. I wrote a short letter to a lover. Then I re-capped the pen, took the sheet of paper, thanked the salesman and left.