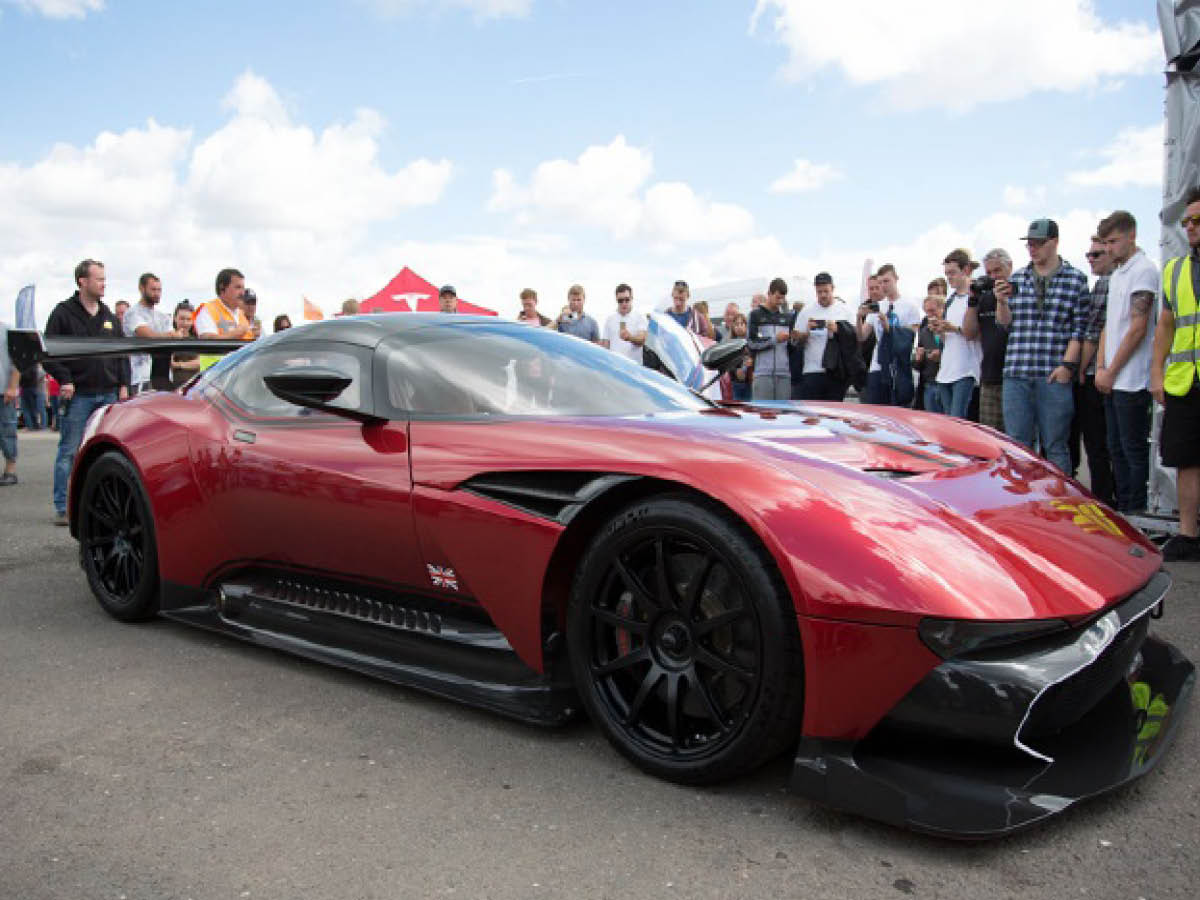 Stunning selections of cars were on display at the UK’s newest car event, The Fast Car Festival, last weekend with the spectacular Aston Martin Vulcan wowing the 6,000-strong crowd.

The Vulcan, an 800bhp purpose-built race car, stole the show over the weekend. With a price tag of £2million and one of only 24 ever made, it is rightly regarded as one of the world’s most exclusive cars.

Former F1 driver and Fifth Gear presenter, Tiff Needell, made a guest appearance and showed off his skills behind the wheel, giving a few lucky visitors passenger laps in Central Lotus’ Evora 400.

Further highlights of the weekend included the Caterham Drift Passenger rides with professionals providing show goers with exhilarating thrill rides around the Melbourne Loop track in a Caterham Seven.

On Sunday visitors took advantage of the Supercar Paddock, which showcased more than 40 cars from members of Supercar Driver, an online community for supercar owners, ranging from two Lamborghini Aventador SVs, a Jaguar F-Type Project 7, a McLaren 650S and a Ferrari F12 Berlinetta!

UK sportscar maker Lotus was honoured at this year’s Festival with a special display area and exclusive track time, and automotive website Pistonheads put together a special ‘PH Metal’ display on Saturday that brought together the cars which truly represent the Pistonheads ‘lifestyle’ as well as also hosting its ‘Sunday Service’ at the Festival before an exhilarating 30 car track session.

Awards were handed out during the weekend with Caz Hawes from LN Customs winning the Best Wheels Award with a stunning Blue VW Lupo and Best Club being awarded to Fitment Junkies.

The full festival experience would not have been complete without a musical guest or two: entertainment came in the form of live performances from Toploader and DJ Pied Piper with MC DT, who headlined Saturday evening.

Managing Director of the Festival, Phil Weeden, said: “An attendance of 6,000 is a really impressive achievement for our first year. We have some great ideas for improvements in 2017 to make the show even better, so we’re confident we can grow it in future years.”