Automotive pilgrims gather for the season 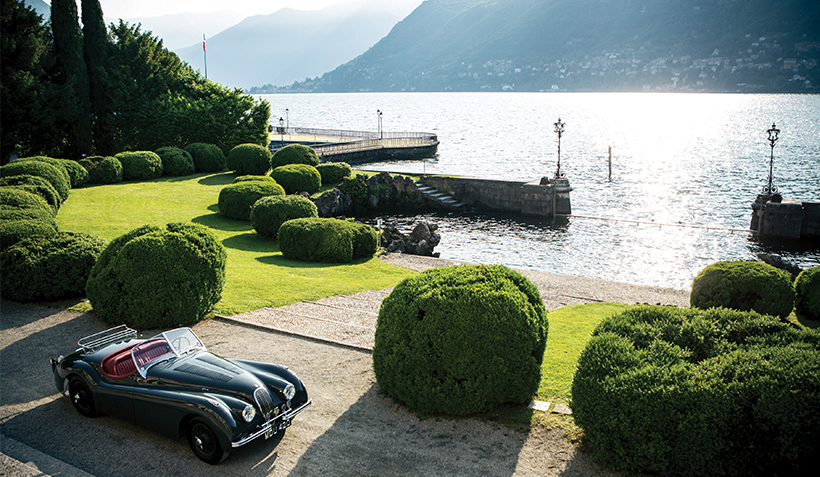 As the South African winter sets in, people across the northern hemisphere have begun their sartorial preparation – shaking out summer frocks and checking vintage suits for moths – in readiness for the summer’s exhilarating dash through the events collectively known as ‘the season’. In defining a modern season event, class has long ceased to be a factor, replaced instead by a sense of being one of a cast rather than a crowd, of watching and being watched, and that fizzy sense of self-awareness that turns a gathering into a social occasion. And there’s nothing like a shared love of cars to bring like-minded people together to preview the latest releases, rediscover old classics and watch adrenaline-filled races featuring the world’s best drivers.

For me, the official start of the European summer is the Concorso d’ Eleganza Villa d’ Este that takes place on the shores of Italy’s Lago di Como, where Rivas and vintage seaplanes taxi through the sunshine-dappled water.

This iconic BMW Group event dates back to 1929 and represents one of the most intoxicating displays of exquisite cars and motorcycles in automative history. Infinitely superior to the commercial clutter of other events, the Concorso is epitomised by the beauty of the setting and the impeccable hospitality provided by the Grand Hotel Villa d’Este and Villa Erba.

The focus here is on design, originality and perfect preservation. Fifty-one cars and 30 motorcycles built between the 1920s and 1980s are organised into different categories and judged by a panel of experts who select the Best of Show prize, the BMW Group Trophy. This year’s event, themed ‘Hollywood on the Lake: Camera and Action’, featured a host of cinematic classics.

In leafing through the past, it becomes apparent how some vehicles are designed to stir things up, to polarise opinion. In appreciation of this nostalgia, some people may regard yesterday as being better than today. But in a modern twist, BMW debuted their Concept M8 Gran Coupé. It unmistakably takes luxury out of its comfort zone by combining the motorsport DNA of the BMW M with the luxury of the 8 Series. If the Salève Vert paint – reminiscent of the northern lights – doesn’t get your attention, then the matt-gold detailing will.

Not to be outdone, the low-volume, high-value specialist BMW Motorrad unveiled its extreme lightweight motorcycle Concept 9cento (read: ‘novecento’) with its electromagnetically attached panniers. Buoyed by record global sales for the past seven consecutive years, this motorcycle surely represents a new direction for the marque. ‘It doesn’t always have to be about “bolder, bigger, brighter” nowadays: this concept bike focuses on achieving a sense of balance,’ says Edgar Heinrich, head of design at BMW Motorrad.

Seemingly a world away from the playboy playground of the Concorso Villa d’Este is Silverstone, which has a well-developed sense of the dramatic all of its own. Home to the hi-tech British Grand Prix, it goes pleasingly analogue with the world’s biggest classic motor-racing festival – the Silverstone Classic.

But just because the cars are historic, it doesn’t mean the racing’s not close. The cream of historic racing action features touring cars, Formula 1 and sports cars taking part in more than 20 races and demonstrations – more racing action than anywhere else in the world over one weekend. It is everything that today’s mass-produced, sleek technology-saturated culture is not.

Every centimetre of the parking area on the circuit infield was covered by classic cars – in a display worthy of its own title – thanks to the 120 one-make car clubs that participate. Trackside, in a celebration of ‘going quickly’, Daytona at Dusk paid homage to the annual 24-hour sports-car race for period sports and GT cars at Daytona 24 Hours. The sounds and sights of immensely expensive AC Cobras, Ford GT40s, Lola T70s and Porsche 911s being hustled around at anything but ‘gentleman racer’ speeds were magnificent.

If Silverstone is all about classic cars, then the Goodwood Festival of Speed is about style, grace and speed (in equal measure). Clustered around a 1,9km hill-climb course set in nearly 5 000ha of beautiful Sussex downland, this sell-out event marked its Silver Jubilee this year in consummate style. As well as the action on the hill, there was a panoply of star drivers and riders, classic cars and bikes, and rally and racing cars from just about every marque. The high-speed drama at the Forest Rally stage provided incredible entertainment to complement the racing glamour.

The legendary Festival of Speed attracts motoring enthusiasts from all over the world, and for good reason – it offers unparalleled access to history’s very greatest cars and motorcycles.

In revelling in the history of the past and considering the future through these ‘big three’ events, it helps to collect our own thoughts and the thoughts of others. The stories, the endeavour and derring-do all come together with a quiddity – an inherent nature of the genre. It’s not that these automotive treasures come alive in us – rather it is us who come alive in them.