The Selous reserve in Tanzania offers guests the perfect balance of wilderness and luxury with a focus on ecotourism that is practised to the last detail. 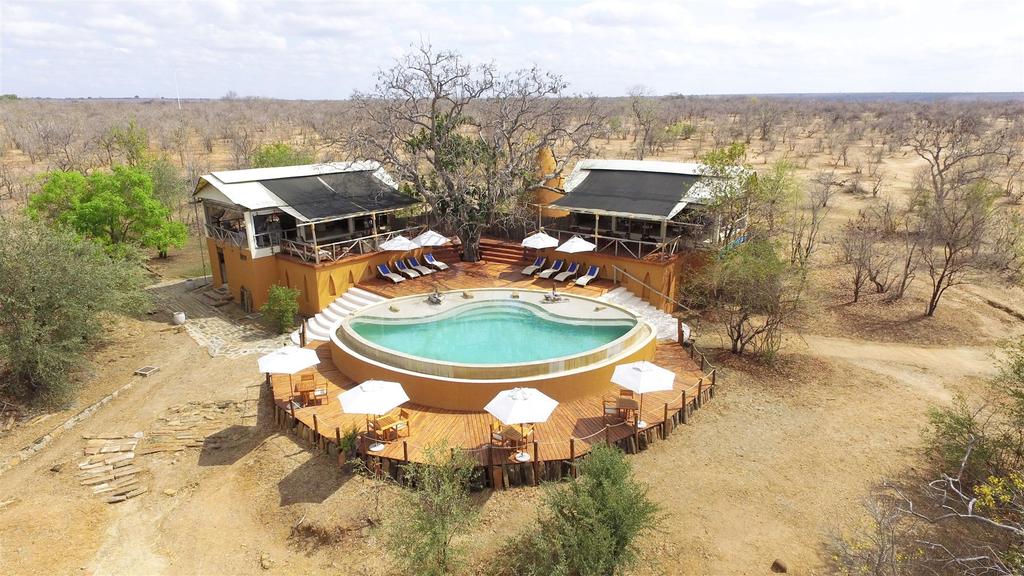 Imagine a game reserve bigger than Switzerland. The Selous in Tanzania is 44 000km², one of the largest protected areas in Africa and a tapestry of open grasslands, riverine forests, swamps, miombo woodlands and sandy river beds in summer that morph into raging torrents of life and growth in the rainy season.

The reserve is named after naturalist Captain Frederick Courteney Selous, explorer, early conservationist and soldier after whom the legendary − or notorious, depending on your side of the political coin − Selous Scouts were named. Azura Selous Game Reserve, 9° south of the equator and a 45-minute flight from Dar es Salaam, is owned by Christopher and Stella Bethany who say that it is the wild nature of the area that captured them.

It makes having your Maasai soldier or ‘askari’ escort you to your rooms after dark and before dawn more than a charming service. If you have doubts about his authenticity then you need only witness his hippo whispering. He shifts a 1 500kg animal with a mouth capable of snapping a body in half by uttering a series of soft ‘choo choos’ and, remarkably, the hippo rises and lumbers off into the night.

The askari is assigned to protect, but the reserve’s trackers are there to hunt experiences. Guide Vitus follows fresh spoor with an uncanny sense of timing. We see a baby giraffe with umbilical cord still hanging from its belly; come across an elephant with a new baby; experience the thrill of a mock charge by a bull elephant; watch lion cubs following their mother with an invisible lead; a tripod of giraffe drinking delicately from a river and come face to face with wild dogs.

Selous is home to over 40 000 hippos and the Great Ruaha River is teeming with them. The highlight of the viewing, though, was the wild dogs – an endangered species and rarely sighted in the wild, but Azura Selous has three packs of them. We sit for hours and watch the 11 pups and nine adults left behind at the den as the rest of the pack hunt and kill an impala. From kill to fill is around 15 minutes and on the pack’s return, the pups and the alpha male and female vocalise until the successful hunters regurgitate the undigested food. Until the pups are about 10 to 12 weeks old this is how they are fed.

The design of the camp centres on ‘bringing the outside inside’ and the large wooden decks around the villas are like private hides from where you can watch, listen and feel quite alone in the African bush. It is not unusual to hear the sound of a lion in the camp.

Luxury and wilderness are a fine balance and Azura Selous does it well. For this reason they ascribe to the philosophy of ‘luxurious sustainability’ with the focus heavily on ecotourism. Solar panels heat the water and batteries run the lodge for most of the day. Organic waste is burned while anything that can be recycled is trucked to Dar es Salaam. The sewage water is treated and used to keep the garden alive and all building materials are locally sourced. Fresh water from the borehole is decanted into glass jugs to save plastic.

The signature excursion of our stay turns out to be a barbeque in the bush – an open area, a central fire, Good Luck the game ranger patrolling with his rifle, and cuisine you would expect at a top urban restaurant.

The black night is hazed with a smattering of stars and gas clouds, long gone before the light reaches us. Lanterns in the bush, as if floating in mid-air, push back the dark and the wild. We are safe for the moment.