Renaud Fillioux de Gironde has been named Master Blender for Maison Hennessy. He is the eighth generation in a lineage that has remained unbroken for more than two centuries. 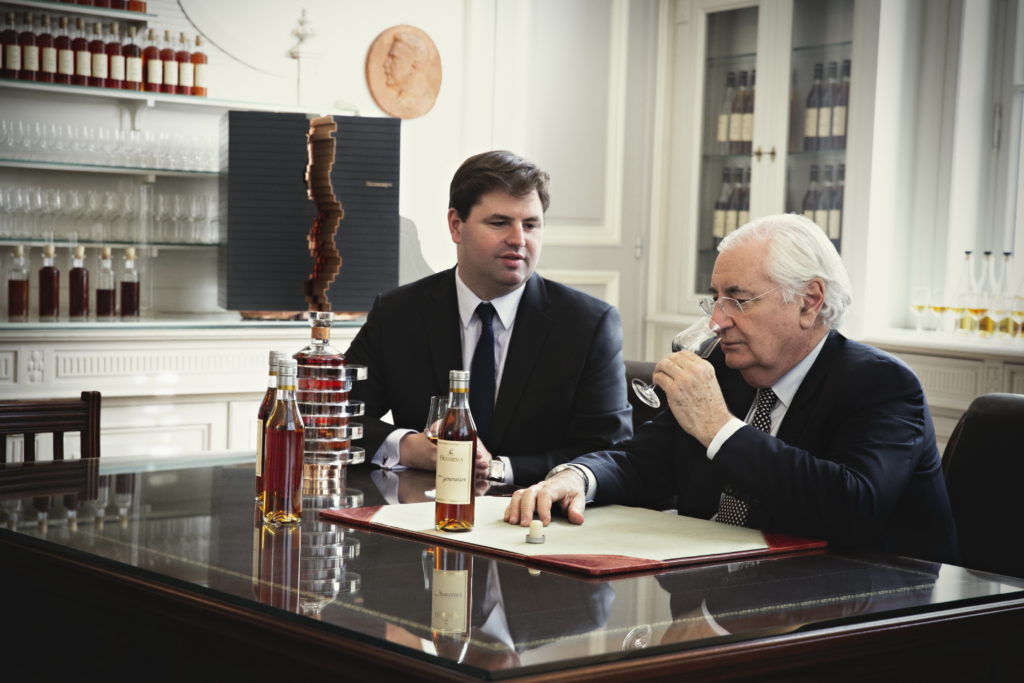 On 3 July 2017, Maison Hennessy marked an important milestone in its history. Its seventh Master Blender, Yann Fillioux, has passed the torch of know-how and cognac creation to his nephew Renaud Fillioux de Gironde, the eighth generation in a lineage that has remained unbroken for over two centuries. Says CEO and President of Hennessy, Bernard Peillon: ‘My obsession is to guarantee the excellence of Hennessy cognacs just as my predecessors have done. After 15 years of preparation, Renaud, with the support of the experts of the Tasting Committee, is now a part of the Maison Hennessy’s future.’

In Cognac, Hennessy’s historic seat, Fillioux de Gironde followed in his predecessors’ footsteps by mastering the art of selection, becoming a guarantor of eaux-de-vie’s excellence, ageing and quality. As the leader of the prestigious Tasting Committee, a group of in-house experts, the Master Blender samples and selects the best eaux-de-vie through daily tastings conducted with discipline and discernment. Only Hennessy has this multigenerational Tasting Committee. Each of its members is specialised in a facet of cognac making and is appointed by in-house connoisseurs.

Fillioux de Gironde embodies the new generation of Master Blenders who know first-hand the issues wine growers and wine-growing regions face, keep up with technological evolution and make a point of being open to the world. He stands ready to enter the creative process without ever sacrificing quality and a long-term outlook.

How to become a Master Blender: a series of portraits by Carl De Keyzer


To commemorate the milestone, Hennessy commissioned the award-winning Belgian photographer Carl De Keyzer to document key moments in the process of acquiring a Master Blender’s savoir-faire.

Composed around the theme of “How to Become a Master Blender”, this exclusive series of eight black and white portraits shows Yann Fillioux and Renaud Fillioux de Gironde within their work environment, offering a glimpse of a hallowed ritual. Above all, the photographer demonstrates the sharing of knowledge and complicity between uncle and nephew, one Master Blender to the other, in a striking and intimate way.

In honour the arrival of Hennessy’s eighth generation, Yann Fillioux has created his ultimate blend. The legacy cognac Hennessy·8 embodies 250 years of excellence, shared expertise and perpetual reinvention. Due to its unique and historical nature, Hennessy·8 is now presented in a limited edition of 250 bottles, never to be crafted again.

Timeless and contemporary, Hennessy·8 is a literal and figurative symbol of Hennessy’s heritage of transmission from one generation to the next. It is the result of a precious alchemy: Hennessy·8 is also named after the eight eaux-de-vie it contains.

Because one masterpiece deserves another, Hennessy asked the internationally renowned artist Arik Levy, a longtime friend of the Maison, to design an exceptional creation to showcase Hennessy·8.

Crafted in hand-blown Baccarat crystal, the Hennessy·8 carafe is a masterpiece of crystal-making savoir-faire. An ode to nature and to Hennessy’s historic seat in Cognac, France, the precious Hennessy·8 chest cradles the carafe. Using oak staves sourced from La Sarrazine, the Hennessy cooperage, Arik Levy crafted a design in 25 layers, each one symbolising 10 years of Hennessy’s history.

Each carafe is individually numbered and signed by Arik Levy and may be personalised on request. It is accompanied by an elegant toolbox containing four tasting glasses originally designed by glassmaker Georg Riedel and Yann Fillioux 30 years ago; these have been re-edited exclusively for Hennessy·8. A pipette made of oak barrel wood and a cork holder are also included.