The Tank watch was born in 1917 of a powerful vision, the culmination of a lengthy design process. It was a timepiece which swept aside tradition, shook up habits and ushered modern design into the workshops, destined to become a watchmaking icon. 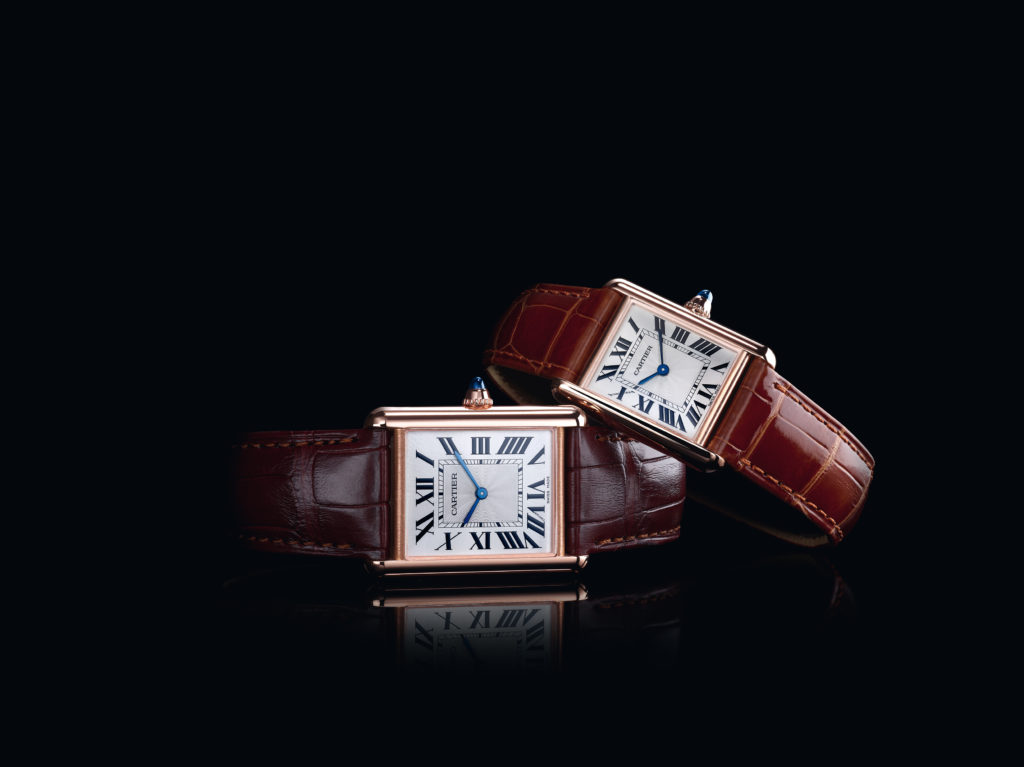 Now 100 years old, the Tank watch has never been so new. For free spirits from every age, it is a universal symbol of style and elegance that has taken an unprecedented path spanning an entire century. While bridging different eras, it gives rise to a resolutely modern way of life centred around three cult models: the Tank Louis Cartier, the Tank Américaine and the Tank Française.

As a serious collector well-versed in classic style, Louis Cartier developed his own jewellery aesthetic and deliberately distanced himself from the Art Nouveau style. From 1904 onwards, his jewellery designs were characterised by geometric lines and abstract forms; Cartier had pioneered the avant-garde or modern style known as Art Deco.

At the same time, Cartier watchmaking was enjoying a booming trade. Louis Cartier was the force behind the introduction in 1904 of this watch, designed to be worn on the wrist, which caused a sensation in the world of watchmaking. Sensing the potential for success, Cartier soon grasped that this invention would transform the very nature of the watch and overturn the landscape of the watchmaking business. The wrist watch seen by Cartier would become an essential accessory, as functional as it was elegant.

The early years of the 20th century were dedicated to formal research into aligning the circle (of the hours) with the strap and paring down the design. The ultimate goal was seamless integration of the lugs and the case as an extension of the strap.

The project of the Tank watch was designed in 1917 and took its place as a reference model in watchmaking. The strength of the design lay in its dramatic break with the elaborate curves fashionable at the time and the exercise of restraint in its form. The story goes that Louis Cartier himself modelled the design of the Tank watch on the top view of a tank: the brancards evoked the treads and the case represented the cockpit of the vehicle.

From Lady Diana to Andy Warhol, and more recently Niels Schneider, the Tank watch is worn like a code, a tacit allusion. Since the very beginning, it has appealed to free-spirited men and women – free to appreciate its fine, understated design, enhanced by harmonious lines; free to choose a watch for its perfectly proportioned composition rather than the status it symbolises. These visionary admirers sensed the power that emanated from this creation and formed a special bond with it. Countless anecdotes and quotations testify to its power of attraction.