During the bigger-is-better trend of the late ’90s to mid-2000s, few street-legal motorcycles were less than 500cc, which meant that the lightness and playfulness that come with small bikes were also in short supply, but not anymore.

In 1977, Randy Newman sang ‘short people got no reason to live’. If you live to ride serious motorcycles and can’t because you’re vertically challenged, Newman’s tongue-in-cheek sentiment definitely applies to you. It’s not that short people lack riding talent or strength, it’s just that their toes barely reach the ground. This is something that is rather important when your scoot is standing still. It’s fine if you’re on a low-rider such as a Harley-Davidson. Riding a cruiser, however, is a limiting two-wheel experience, but the good news for the small and svelte is that there are some really good compact bikes that have arrived on the market recently.

There are any number of pocket rockets available in the 400 and 600cc categories and are outstanding if you want to crack on down the highway. There’s real fun to be had, though, in three offerings: one from Harley-Davidson, and two from BMW.

Some time ago, I rode the slightly retro Harley Street 750 and thought, ‘what a great bike for a woman or someone small (I’m neither) who wants a grunt-filled city ride’. It’s got plenty of low-end torque and a narrow profile that make it perfect for riding in traffic. It also comes with Screamin’ Eagle pipes fitted as standard, so people will certainly hear you coming and going. The 750cc engine makes it the smallest power unit in the Harley-Davidson stable, which is ironic since this was once the acme engine size among roadbikes.

Harley-Davidson has also brought out the Street Rod that has the same sized engine but is engineered for experienced riders who want to go hard on the open road (well, as hard as you can go with a Harley), while discovering their biking dark sides. With styling based on that of its 1250cc V-Rod Muscle big brother, the Street Rod looks a lot sleeker than your usual Harley-Davidson.

BMW Motorrad has been far more creative with its new model introductions, including an exciting ‘lite’ addition to its phenomenally popular adventure bike series. I use ‘lite’ advisedly because the soon-to-be launched BMW G 310 GS is a scaled-down version of the R 1200 GS flagship.

The bike features a considerably lower seating position than the grandaddy 1200, an engine capacity a quarter its size and – most importantly – is a full 75kg lighter. The BMW G 310 GS grants smaller riders access to the wonderful world of touring-enduro biking. Previously, they were pretty much restricted to 250cc off-road ‘scramblers’, which to a large extent ruled out tar-road riding. 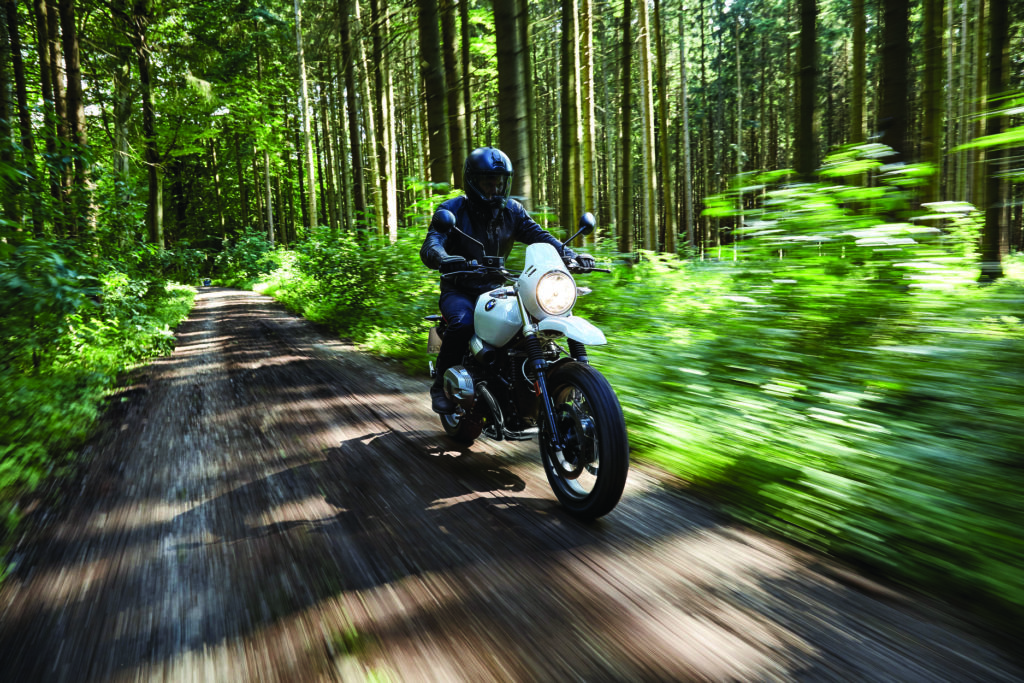 In theory, the weight differential should make the 310 more of a pleasure with which to explore those amazing dirt roads that criss-cross South Africa than the R 1200 GS. I know of several 1200 owners who envy my ride comfort and agility with the smaller F 650 GS Dakar. My bike is also a lot easier to pick up if it almost inevitably decides to head over to the horizontal.

The BMW G 310 GS will be an attractive option for those lightweights who want an extremely versatile ride. Pricing will be announced closer to the launch date – either in the final quarter of this year or in early 2018.

At the other end of the scale, BMW Motorrad has gone big and bulky but nonetheless low to the ground with its very retro-looking R nineT range. It looks as it Steve McQueen could have used it to escape from a prison camp in World War Two but the technology employed on this 1200cc bruiser is very much up to date.

Weighing between 210 and 222kg (depending on the derivative), it’s not light, but during a launch ride in the Western Cape, I watched a slight television presenter – who just happens to have been a world racing champion – put the bike on its back wheel for extended duration on several occasions. The seat height is really low, between 795 and 805mm, so a flat-footed stationary stance is virtually assured. This, coupled with the grumble of the BMW R nineT, will make even the tiniest rider look a lot larger than mere physical size suggests.