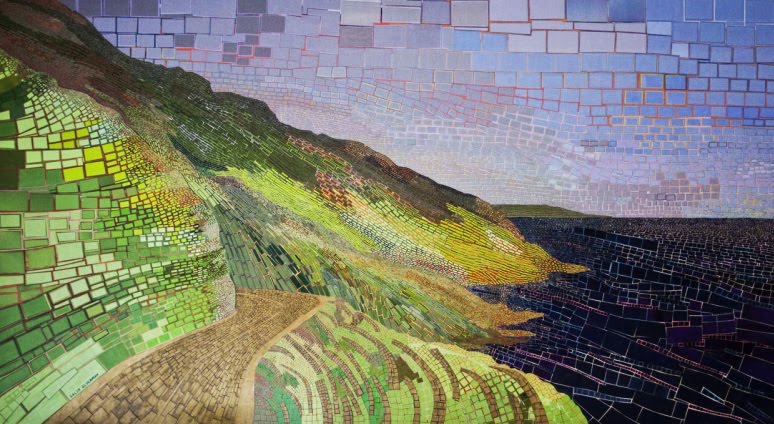 The chart-cracking hit ‘Set Fire to the Rain’ by Adele possesses one of the more curious phrases ever used in pop lyrics. But if it had to be visualised in artistic form, then Galia Gluckman’s ‘Levi’ does so in a searing vertical explosion of colour. It’s a magnificent work, even more so for the technique used to achieve the pyrotechnics: layer upon layer of finely shredded paper ribbons painted and then crisscrossed, meshed and merged to create abstract fields of texture.

Gluckman, who was born in Israel and raised in Durban, spent two years in London and 11 years in New York, where, in 2009, she won the Global Green Artist Challenge at the International Artexpo New York. She relocated to Cape Town with her husband and two children five years ago.

Perhaps this trans-world restlessness feeds – in part – into what she describes as ‘a desire to create stability amid the chaos of contemporary life. Making these countless small decisions helps one zone out of the bigger issues in your life.’ Some features of her work are orderly, with the minute blocks of paper following a fluid direction, but elsewhere their placement is random. ‘I let them fall where they need to; it’s a kind of surrender to fate.’

The agitation on canvas is curiously at odds with what one senses is her inner stillness, serenity and patience. ‘I crave silence,’ she says. ‘My life is so filled with action, kids… just life. When I work, it actually feels like a meditation.’ 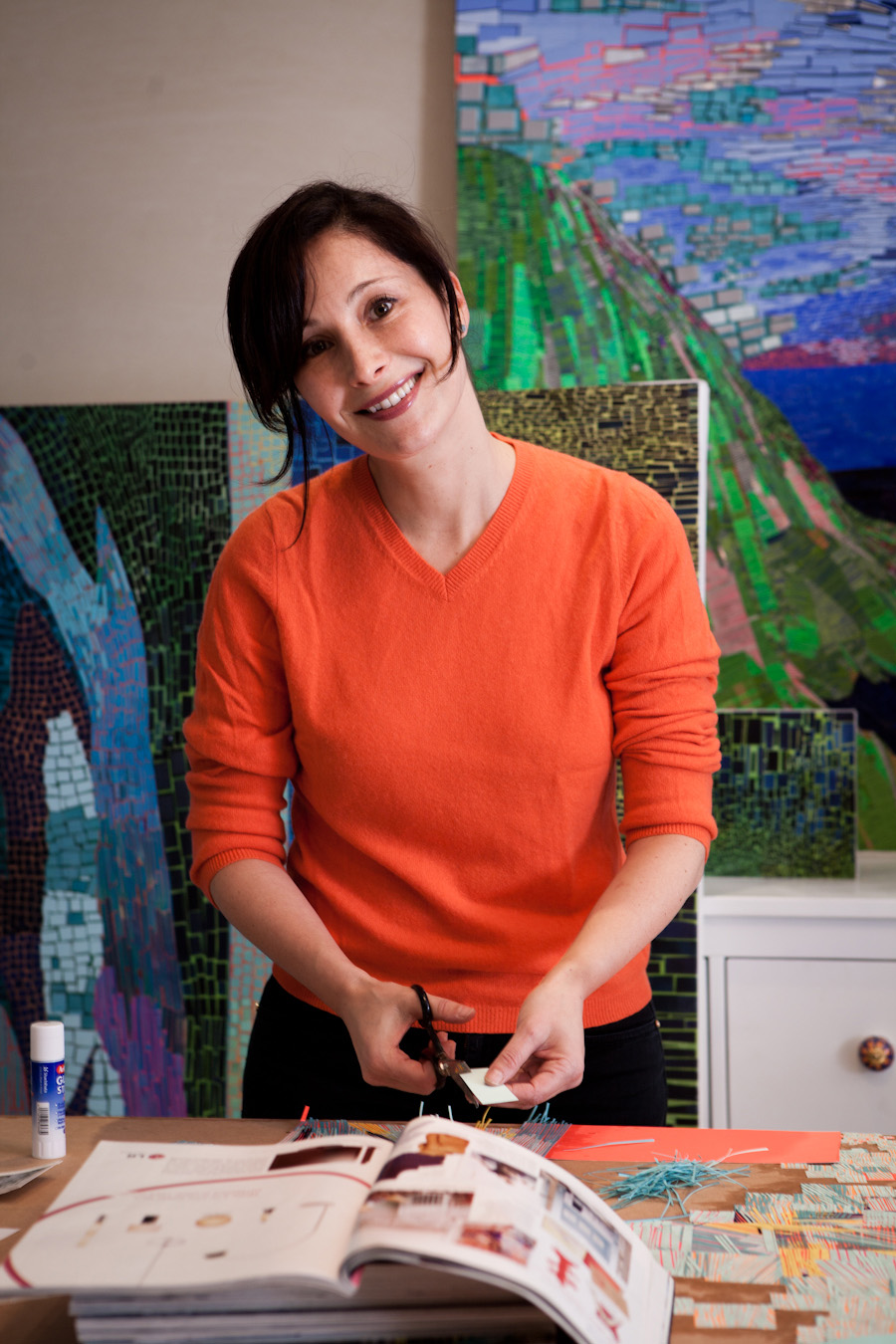 After rifling through drawers full of brightly coloured paper, she reveals the piece she’s currently working on.

‘It seems so detail-oriented, so messy,’ she says. ‘But from a distance, order arises from disorder in the artwork. Like life, everything falls into place. Patterns emerge if you stand back.’

Gluckman started out as a fashion designer, and made the leap to art when she realised that designing for mass retail would never satisfy her true passion.

‘I was always doodling, cutting, pasting,’ she recalls, with her original pieces designed from roughly torn paper. She refined her technique and the progression to semi-abstract work soon followed. Today she paints paper with acrylics or recycled paper shopping bags. The layers are then sealed to give the work its robustness. ‘There are no rules, no mistakes,’ she says. ‘That’s the fun part. When I’m working, I make all the decisions. If you feel you have to ask someone’s opinion, it creates insecurities. You have to be in charge of what you’re doing, and you have to be confident.’

For Gluckman, her family comes first, so she works when her ‘little chickens’, Ella (10) and Levi (7), are at school or asleep. Both children have been her muses and the essence of inspiration for pieces. For Ella’s painting she used calmer colours and structured lines but because her son is ‘like a little firecracker’, this was reflected in the design of ‘Levi’. Her husband, Gary, is hugely supportive and she credits him for much of her inspiration and the strength to set new goals and challenge limitations. Other inspiration has come from New York’s architecture or a Durban sunset. Cities and the cultural richness of art galleries and museums may have influenced her in early years but, of late, she speaks more of the abstract dimension and perspective of her work.

‘On some level,’ she confesses, ‘it’s almost insane. I think some people have a certain element of emptiness or loneliness inside. It’s not rational. I have a full, happy life. Everyone is good at something, and I feel it’s important to offer society something. It helps put some of me in different places.’