How A. Lange & Söhne is keeping time relevant

Wilhelm Schmid, CEO of A. Lange & Söhne, is adamant there will always be collectors who cherish quality in timepieces, automobiles and art, which is why he’s quietly confident about the brand’s place in the market. 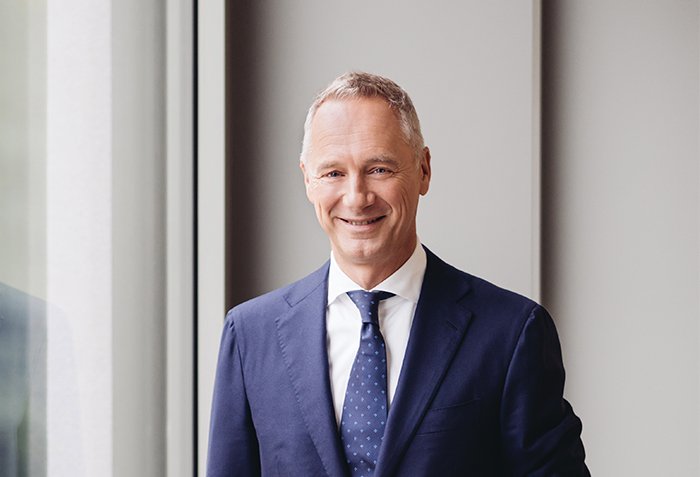 Despite being part of luxury conglomerate Richemont, A. Lange & Söhne has always found ways to stand out – be it the fact that it’s German, not Swiss; its exquisite in-house complications; its strict, limited production; or its unwavering loyalty to craftsmanship and quality – championed by its charismatic and focused CEO, Wilhelm Schmid, and highlighted in its fierce stance, even in
the face of changing markets.

‘We don’t design watches for 20-year-olds or 70-year-olds or millennials… We make watches in line with our brand DNA. There’s also no discussion about the demand of craftsmanship that goes into every watch. We don’t accept any shortcuts,’ says Schmid.

He’s not joking about shortcuts. The brand’s special double-assembly practice of each watch is testament to this. Indeed they make it, test it, take it apart and make it again. Each watch.

‘Our clients know this and appreciate it,’ says Schmid. ‘Keeping this traditional aspect of the watchmaking is important. Although, we are open to innovation and we look at new materials, but we also don’t want to forget what has been done. Because the beauty of watchmaking is that you can keep your watch for centuries.’ 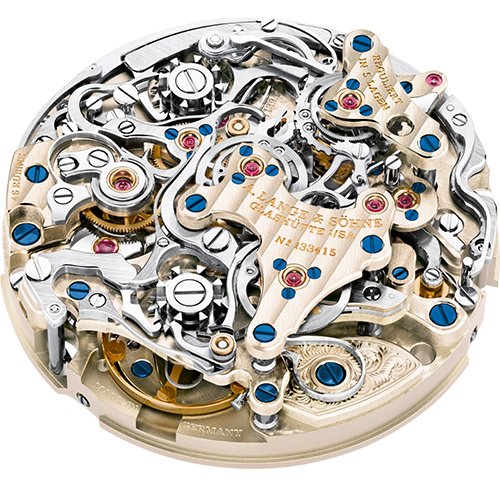 Schmid readily admits you don’t need a watch for the time any more but a certain timepiece offers the opportunity to express your personality. He shrugs off e-commerce too: ‘It’s not relevant for this brand now. Our clients will do their research online but they want the expert, face-to-face interaction – that’s a valuable part of the transaction. And they have someone to go back to if need be.’

At a time when many brands are altering their sales tactics and designs to best cater to emerging shifts, Schmid’s approach could well be classed as novel.

It’s effective too. At this year’s SIHH, the brand had no trouble meeting and even exceeding expectations. They used the full extent of their collection, paying homage to the perseverance of the man who resurrected A. Lange & Söhne to its current glory, Walter Lange, and introduced a unique complication – the Triple Split.

It’s the only split-seconds chronograph in the world that can measure additive and comparative times for as long as 12 hours. With a precisely jumping rattrapante minute counter and a continuous rattrapante hour counter, the Triple Split multiplies the measuring range of the rattrapante function by a factor of 24. This covers many more diversified applications: the Triple Split can compare the times of two opponents in a Formula 1 race, a Tour de France leg or a marathon. It can record the times of consecutively starting events, such as the outbound and return legs of a long-haul flight.

A. Lange & Söhne even managed to keep this highly complicated movement modest in size, as it is housed in a 43,2mm 18ct white-gold case, with a power reserve of 55 hours. Only 100 pieces will be made. The watch asserts Lange’s ambition to enrich precision watchmaking with useful innovations. ‘It’s very German like that,’ says Schmid. ‘It’s understated practicality – it has to work.’

They produce no more than 5 000 watches a year and there are only 12 wholly owned A. Lange & Söhne boutiques worldwide. In SA, the exclusive timepieces can be found at a new A. Lange & Söhne lounge in The Vault in Melrose Arch.