Mariam Kamara was chosen as the 2018-2019 Rolex Arts Initiative protégé under the mentorship of ‘starchitect’ Sir David Adjaye. Her holistic approach to architecture has put her on the map – in Niger and globally – as the one to watch. 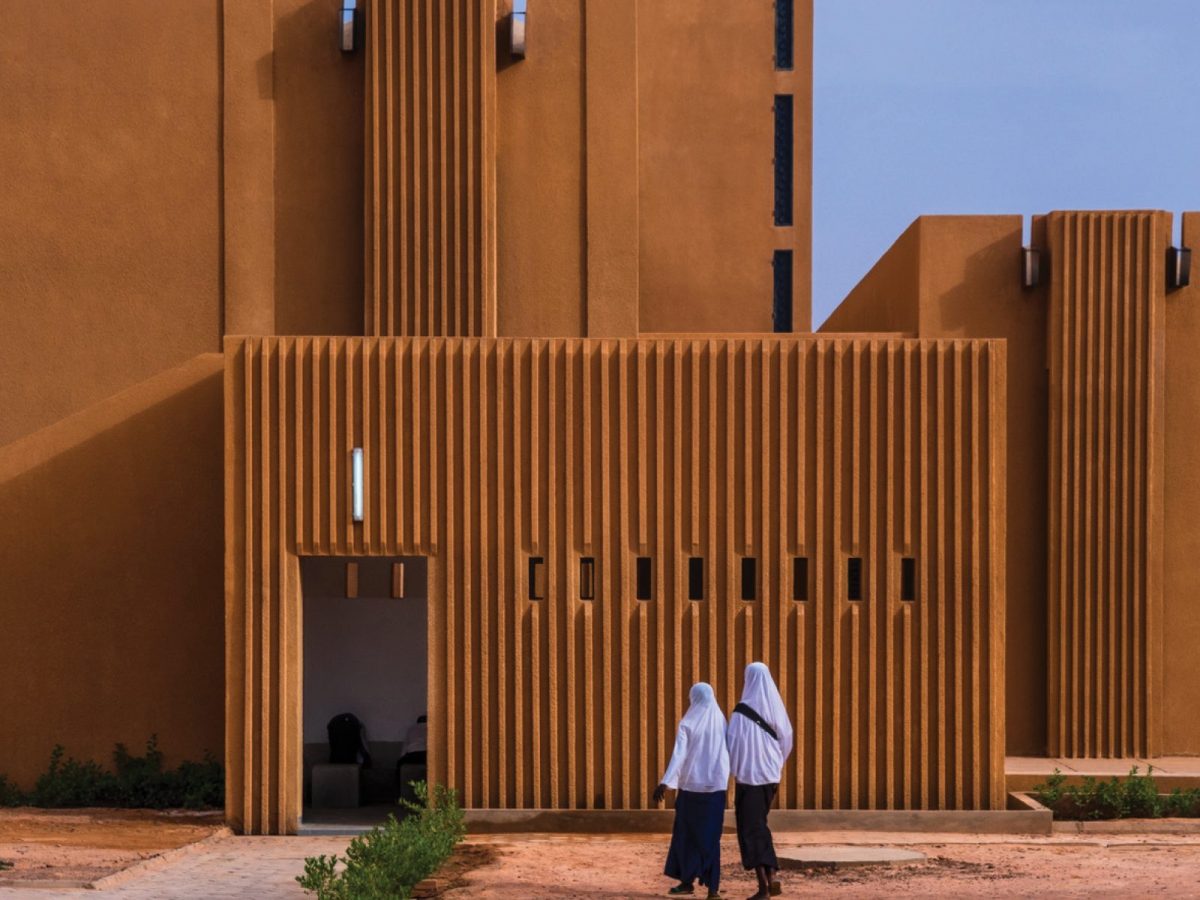 Mariam Kamara’s Niger-based practice Atelier Masomi focuses on projects that respond to the needs of people and the cultural and social context surrounding them. Despite being educated in the US, her studio currently focuses on work in Niger, and while this is partly because it’s her home country, it’s also because she sees a need for the transformative power of design here. ‘I see a lot of things I want to address through design,’ she says.

In her presentation at Design Indaba 2019, Kamara showed one such project – a mosque-turned-library in Dandaji – that demonstrates how architecture can preserve a culture’s legacy while making way for the new. This mosque was scheduled to be destroyed – it wasn’t big enough to serve the community and was structurally damaged. Kamara and Studio Chahar lobbied to use it for something else – to preserve the heritage of the master mason who built it and create a centre for learning and literacy. ‘We wanted to enable a dialogue and to dramatise what we feel is going on throughout the whole world between religious and secular knowledge,’ says Kamara.

Since Kamara was announced as the 2018-2019 Rolex Arts Initiative protégé under architect Sir David Adjaye, Kamara’s career has seen a major acceleration. ‘It’s such a gift. I have a master giving me critique. The impact has been huge – my career has gone into overdrive,’ she says.

Kamara never planned on becoming an architect, despite developing a deep love of drawing from an early age. She initially decided to study computer science but quickly realised it wasn’t the right path. Architecture, which offered the perfect middle ground between art and science, proved the better fit, and when she got to architecture school she knew this was what she wanted and ‘dove right in’.

Kamara is currently developing a project under the guidance of Adjaye in Niamey, Niger. The Artisan Valley will be located between two historically divided sides of a river – one more affluent than the other. Kamara’s vision is a ‘whimsical promenade that incorporates spaces for local artisans to show off their traditional fabrication processes while increasing their economic prospects’ and act as a way of bringing people together rather than keeping them apart.

Kamara believes strongly in looking to her immediate surroundings for solutions and inspiration – thinking about the geography, climate, culture and way of a life in a place and making spaces that honour that, rather than looking to the West by default for answers. ‘For me, vernacular architecture is about understanding our traditional techniques and rebooting them so we can make new things.’ She sees that people are becoming more demanding in terms of what they expect from the structures they live and work in.

‘We have an opportunity and a responsibility as architects. The first question I ask is how can we go beyond the brief.’ This is why she sees the research stage as such a crucial step of the process – especially for cultural and public projects. ‘We react project to project rather than place to place, and consider the problems and desires of the potential end user but also take into account the place and its history,’ she says. When it comes to other architects and their impact on her work, it comes down to the concepts too. ‘I gravitate more towards other architects for their thinking not so much the product. I’m not aesthetically focused – I’m more interested in the ideals and the fundamentals. That’s what allows you to grow as an architect.’

Ultimately Kamara’s desire is to leave a legacy of improvement. ‘My obsession is the work. As long as I can leave something of value behind. To me, that’s the test of whether you’ve been successful – when you’re gone, what remains?’