Why IWC’s Big Pilot watches may leave you breathless 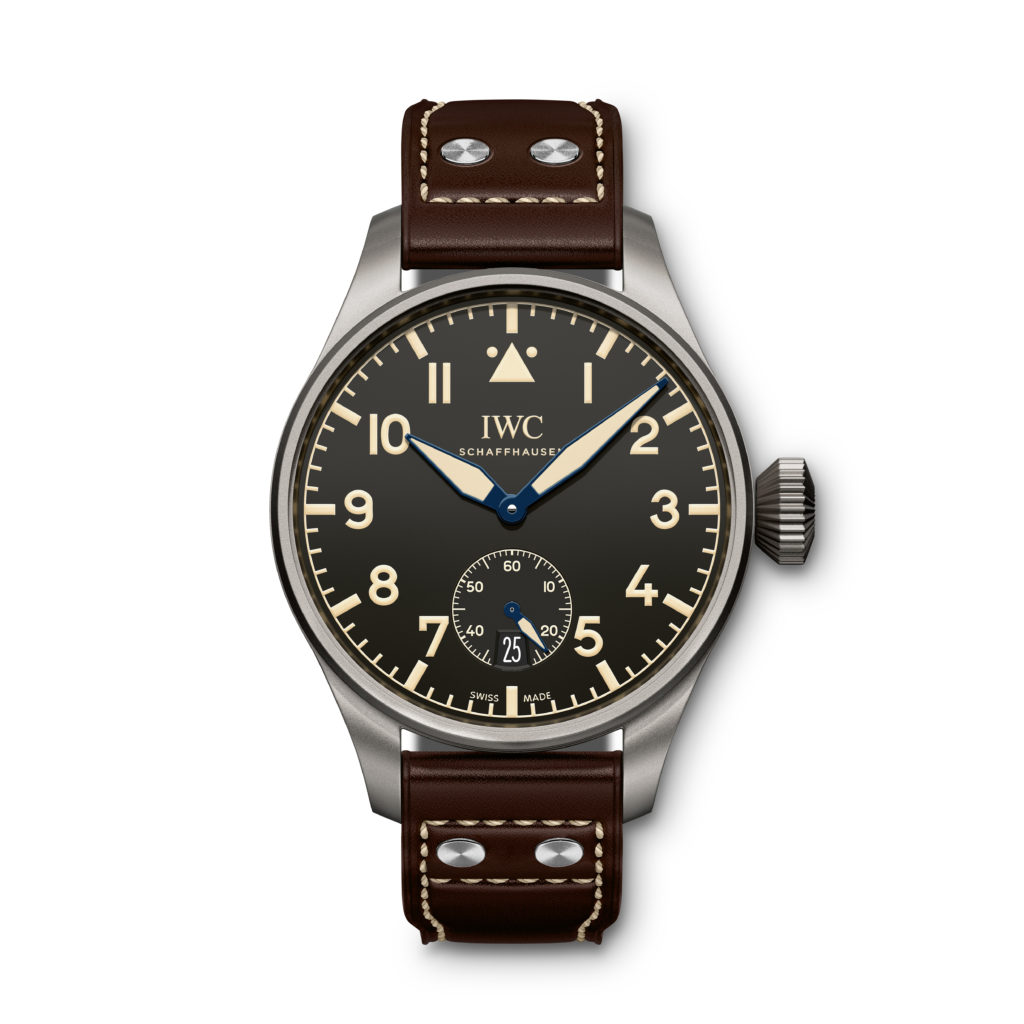 For 75 years, the historic Big Pilot’s Watch was the largest wristwatch ever made at IWC in Schaffhausen but this year at SIHH 2016 the Swiss manufacturer unveiled its successor – and it has grown up. With an impressive 55-millimetre case diameter, the ultra limited-edition Big Pilot’s Heritage Watch 55 eclipses the record set back in 1940. Like its big brother, the Big Pilot’s Heritage Watch 48 looks very much like the historic original, but makes a few more concessions to modern ideas of aesthetics and comfort.

Both releases signal the revival of IWC’s heritage creating observer’s watches. The Big Pilot’s Heritage Watch 55 is a direct follow-on from the 1940 release, and limited to just 100 watches, this enormous eye-catcher is aimed primarily at collectors and lovers of authentic pilot’s watches.

At an only marginally less imposing 48 millimetres, the Big Pilot’s Heritage Watch 48 – limited to 1 000 pieces – makes for a more practical, everyday timepiece.

But you’d be mistaken if you thought it was size alone that makes the latest watches from IWC as striking as they are. From the dial design and colour of the luminescent numerals to the shape of the propeller-like hands, cone-shaped crown and historic leather straps, the Heritage watches take us on a journey back in time to the pioneering days of aviation – except that now we have state-of-the-art IWC watch technology.

IWC’s engineers took their cue from the original design and size of 1940 and brought the Big Pilot’s Watch back to life but with a material twist, by using titanium instead of stainless steel. The result is a lighter watch weighing in at less than 150 grams and the titanium is sandblasted to eliminate reflections. What it’s trimmed in weight it hasn’t lost in visual real estate and, as before, legibility is paramount.

The IWC hand-wound 98300 calibre (today, as in the past, the daily ritual of winding the watch by hand is a very special experience) features an elongated index for simple and precise setting of the active length of the spring, a highly effective shock absorption system and a 46-hour power reserve. The case back of The Big Pilot’s Heritage Watch 55 has been kept decidedly simple: numbered from 01/100 to 100/100, it’s enough for to remind you you’re wearing something special.

The Big Pilot’s Heritage Watch 48 makes more concessions to modern-day aesthetics and concepts of comfort. Smaller, but still staggeringly eye-catching, the Big Pilot’s Heritage Watch 48 contains an IWC hand-wound 59215 calibre gives the owner the convenience of a 192-hour power reserve that guarantees accurate running for eight days, with the power reserve display visible through a small aperture covered by sapphire glass on the back of the watch.

In the 1940s, on board aircraft, the Pilot’s Watches were always the most precise and it’s a tradition and indeed a reputation that the latest offerings from IWC are sure to retain.