Let there be light

Car headlamps are by no means a triumph of style over substance: there’s a lot of serious science going on behind the lenses. Headlights are the eyes of cars, crammed with technology, and fast evolving. 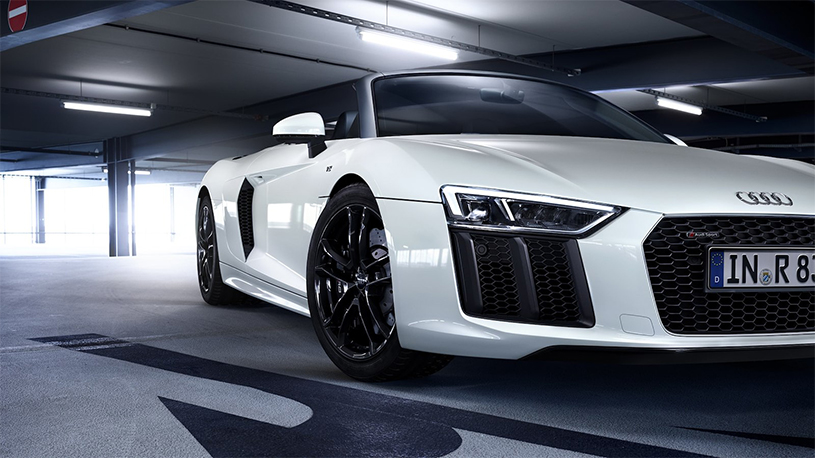 Driving home one night in fog recently, I became aware I was being hunted down by something quite frighteningly malevolent. It came up right behind me and leapt … and as it flashed past, I knew it was an Audi R8.

There is a saying that ‘eyes are the mirror of the soul’ or, if you don’t like Cicero’s classicism and prefer computer-speak, WYSIWYG – pronounced ‘wizzywig’ and meaning ‘what you see is what you get’. Watching the Audi as it surged up behind me in the mist made me think that, in many cases, you can tell the character of a car by the shape and styling of its lights – sometimes even by their colour.

The V10 Audi, with its 5.2-litre engine, is one such vehicle with a ‘come hither’ mien that delivers fully on every lustful promise of acceleration (0-100km/h in 3,2 seconds) and top-end performance (330km/h). McLaren’s 570S Spider not only sports distinctly lupine eyes front and rear but also McLaren’s trademark dihedral doors. There are about half a dozen of them on South African roads.

A new model showcased in a Marvel Studios release is the Lexus LC500 sport – the two-seater appears in Black Panther. The LC 500’s headlights are unashamedly feline in their styling, wild and glittering rather than ‘Ag, sweet little kitty-cat’.

The acme of elegance is the new Aston Martin Vantage, which the British manufacturer describes as ‘a born predator’. Equally stunning in appearance are the Vanquish and DB11 and you just know when you look into their ‘eyes’ that it will be you who blinks first.

While some eyes might be beguiling and beautiful, others hold another kind of promise. The Mercedes-AMG GT coupé stares you down and lives up to its aggressive promise. Mercedes-Benz calls it ‘the Beast of the Green Hell’… Personally, I’d liken its appearance and nature to that of a ratel – once it gets hold of you, it doesn’t let go!

Audi has long been at the forefront of automotive lighting development, and an early-generation R8 pioneered (along with the Lexus LS) the use of light-emitting diode (LED) headlights a decade ago. The new R8 utilises laser technology, as does BMW’s plug-in hybrid i8 sports car and 7-series sedans. Lasers beams are not projected directly from the vehicle but are diffused and converted into tightly concentrated cones of brilliant white non-laser light that are reflected onto the road. The advantages of this technology are twofold: it is far more powerful than that powering conventional LED headlights and much more energy-efficient. The laser-diodes are also much smaller, which has distinct implications for vehicle styling and, therefore, streamlining.

Technological development in the field has accelerated as fast as a McLaren over the past century and a quarter. To think that the first integrated headlamps were just that – lamps. Introduced in the 1880s, they were fuelled by oil or acetylene – the latter being popular because it was more wind-resistant.

It took a while for Thomas Edison’s light bulb (invented in 1879) to be used in cars, and the first electric headlamps were introduced in 1898 as an optional extra. The sealed beam headlight found its way into the automotive industry in 1940 and held sway around the world for decades until the late 1960s, when halogen bulbs began
to be used.

This article by Jim Freeman originally appeared in Issue 40 of Private Edition.

For more automotive styles and stories visit the Motoring section.