At SIHH this year, it seemed to be the year of the Submersible for Panerai, but the Florentine/Swiss watch Maison has not neglected its more elegant Panerai’s Luminor Due collection 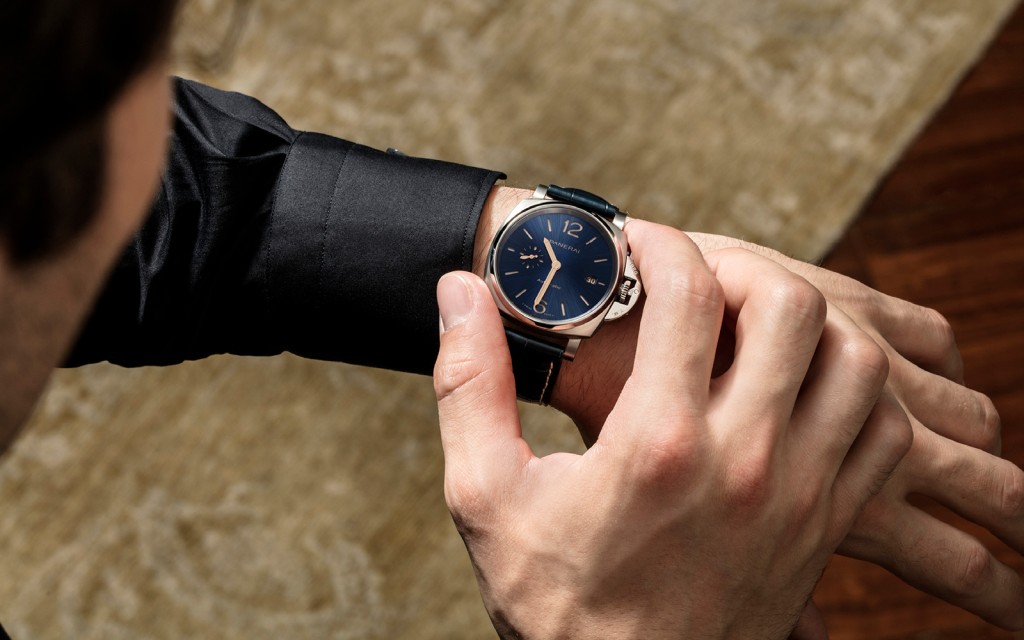 Launched in 2016 as the slimmed-down version of the flagship Luminor series, aimed at those seeking a watch with Panerai’s hallmark size and boldness but thin enough to slide under a shirt cuff, Luminor Due continues to add to its ranks with new colourways and complications. Six references have been announced by Panerai.

The new Due models bring two firsts to the collection: the first titanium cases, and the first models with a new in-house movement, the pared down calibre P.900 with a thickness of only 4.2mm.

The other three models have brushed titanium cases and blue satiné Soleil sandwich-style dials, the same strong combination used on several of the second-generation Luminor Due models from 2017. The matte-blue straps on all three have a quick release system to make them easily interchangeable.
These are the ones we have our eye on! 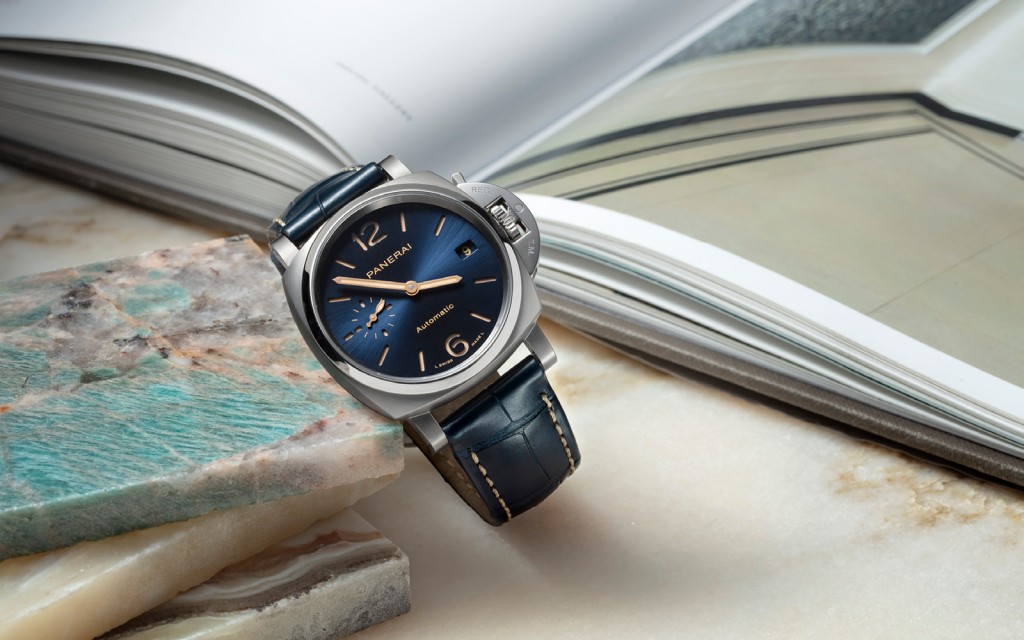 The Luminor Due – 38mm (PAM00926) is the model of the most modest dimensions. It’s the first Luminor Due in this recently introduced size to have a titanium case. Inside is Panerai’s automatic calibre P.900, with a power reserve of three days. 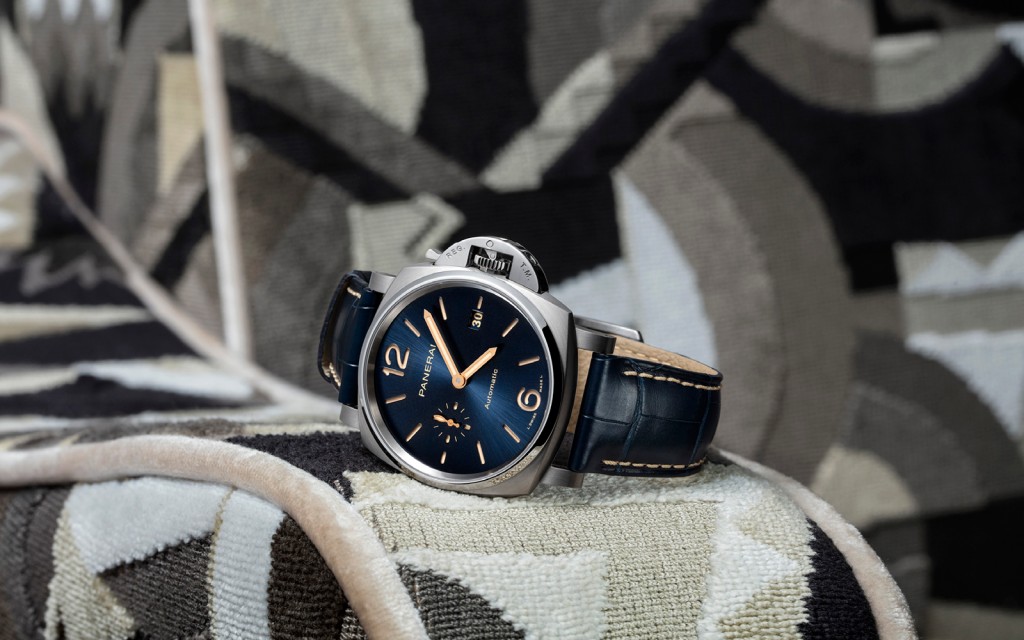 Slightly larger in size and containing the same P.900 movement, the Luminor Due – 42mm (PAM00927) is the manufacture’s first titanium-cased timepiece of that size to house an automatic calibre. 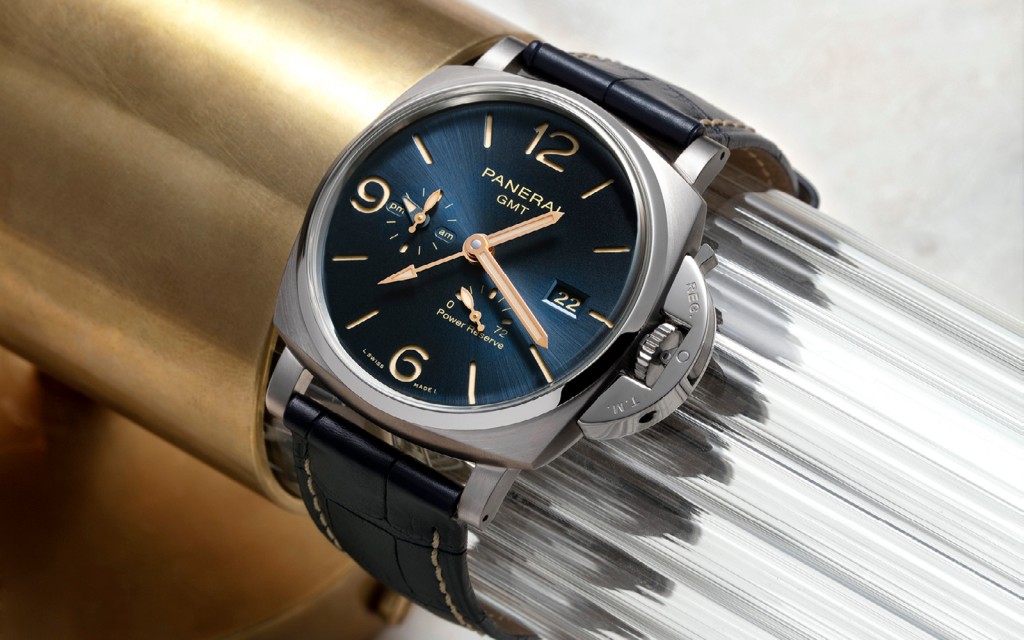 The Luminor Due GMT Power Reserve

Moving up in both size and complexity is the Luminor Due GMT Power Reserve (PAM00964), the latest iteration of Panerai’s first 45-mm timepiece. Its dial includes, in addition to hands and indices treated with beige Super-LumiNova, a date window at 3 o’clock, an arrow-tipped GMT hand, a 24-hour/small seconds subdial with AM/PM indicator at 9 o’clock, and a power-reserve indicator at 5 o’clock. The movement is Panerai’s self-winding P.4002, with a 28,800-vph frequency and power reserve of 72 hours (three days).