In praise of South African brandy

When faced with the taste but blinded to the brand, South African brandy comes out tops. Isn’t it time we got over the bias that ‘imports are best’? 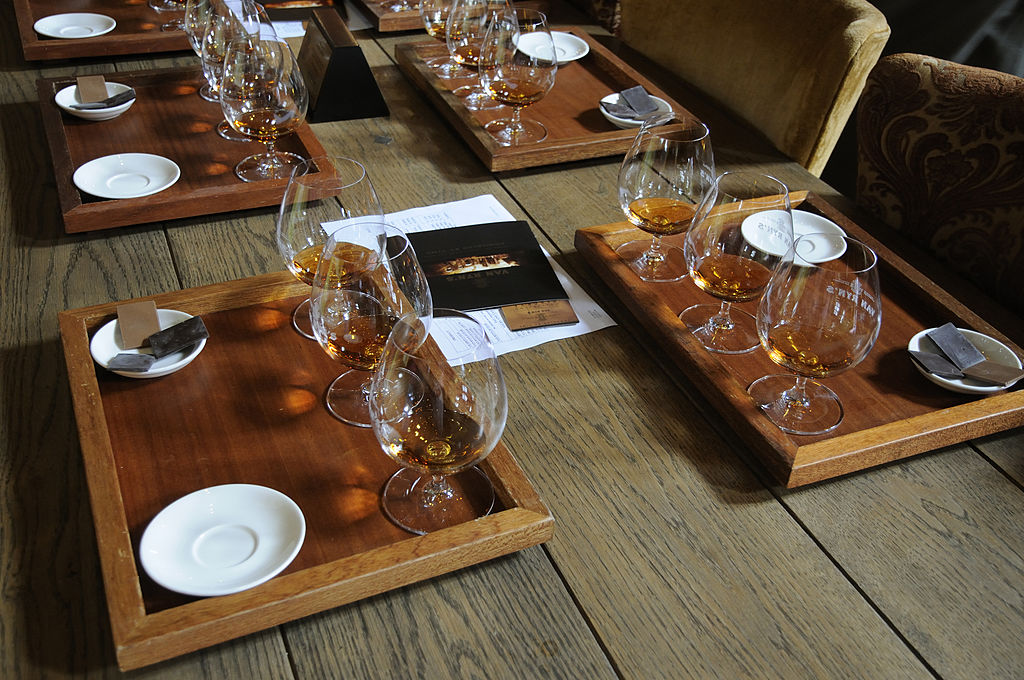 Here’s an opinion that comes as close to unarguable fact as opinion ever does. South African brandies are very, very good. Let me opine a little more forcefully, and still stay very close to indisputable fact. The best of local brandies are as good as the best in the world, and better than most. Look at the medal cabinets of the two major producers, Distell and KWV.

Trophy laurels and gold medals abound from the world’s most prestigious competitions. Platter’s 2016 wine guide awards 11 five-star accolades to brandies, five from Distell’s House of Van Ryn’s, five from KWV and one from an independent producer, Boplaas. That’s almost as many five-star gongs as any other category featured in the guide – and a much, much higher percentage of the total number of products assessed.

Back to my original contention: South African brandies are stonkingly good. There are many reasons for that. SA has been making brandy for 344 years; the laws governing the production – and they are laws, not rules – are the strictest in the world, which means we have a system that guarantees top quality from the vine to the bottle; all local brandies must be double-distilled and matured in oak for a minimum of three years, whereas French VS cognac needs only two years to be classified.

The end result is distilled liquor that, especially when one considers a price-to-quality ratio, is literally world-class. And yet brandy suffers from that terrible local curse – cultural cringe. I ask 10 acquaintances known for their supposed discrimination and taste in matters alcoholic whether they’d choose cognac or local brandy if offered a snifter. All but one say, ‘Cognac, without a doubt.’ Why? ‘Well, it’s French and the French do this better than anyone else.’ Do they? Let’s put it to the test. Assemble the 10 tasters, and four five-star local brandies and four very highly regarded and much more expensive cognacs, and serve the eight drinks blind. Nobody knows which glasses contain brandy and which cognac. Which do you prefer, gentle folk?

The unanimous first and second choices are local; seven tasters rank a local spirit as their third choice versus three for a French product, and the fourth choice is evenly split between local and foreign. QED!

There is some chagrin and embarrassment when the labels of the favourites are revealed to be local rather than imported, and a lot of delight that such pleasure can be had at a price that is modest relative to what had been paid for the French Connection. The tasting notes from the Platter’s tasters for the favoured brandies read along the lines of ‘complete, balanced, triumphant’. ‘Floral notes, rose, violet, lavender.’ ‘Mellow, silky and rich.’ A visit to the House of Van Ryn’s, just west of Spier, is a fascinating experience – seeing the complexity and rigour of the manufacturing process; tasting the product and learning of its versatility; not only the range of ways it can be enjoyed, but how much more of a food partner it can be than the aperitif or post-meal digestif it is generally confined to. It goes equally well with Parma ham, salami and chocolate. Need more convincing? Brandy contains no carbs, is much lower in kilojoules than most other drinks, and is packed with antioxidants. Yes, another one please. Met ys of sonder ys? No matter – it’s local South African brandy, so it’s all lekker.