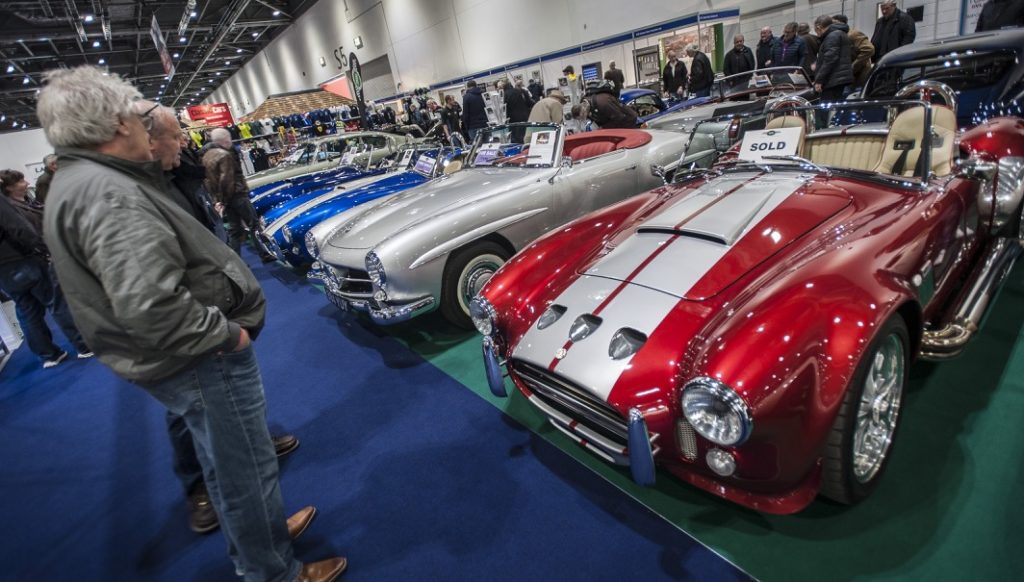 The 1992 F1 World Champion wowed Sunday crowds with some dazzling driving displays on the show’s central Grand Avenue, a unique quarter-mile long highway running through the centre of the exhibition hall. Mansell announced his arrival at the capital’s premier classic car event with a thrilling wheel-spinning entrance behind the wheel of a Jaguar E-type inspired Eagle Speedster. Later in the day, he returned to drive a scarlet Ferrari 246 Dino F1 front-engined F1 car from the late fifties plus a 1993 Benetton-Ford B193 as raced by arch-rival Michael Schumacher in period. Mansell was also reunited with some of the cars which he raced during his roller-coaster career. A special Icon display featured a 1977 Crosslé 32F, the junior single-seater in which he first cut his teeth competing in Formula Ford, and his title winning Williams-Renault FW14.

“I’ve got to say that I’ve been pleasantly surprised at just how great this London show is,” enthused Mansell. “It’s always wonderful to see some of my old racing cars and to meet the fans – and they’ve have been absolutely brilliant. To drive cars indoors was pretty special, too – I’ve had a lot of fun and I hope those who came to see me, and the show, enjoyed themselves as much as I did.” 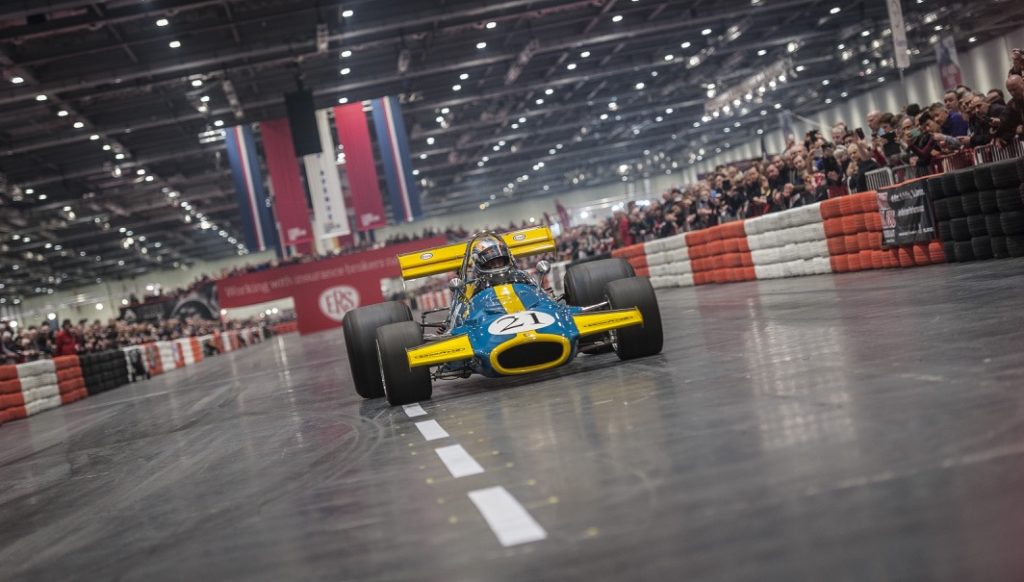 On Saturday, twenty-four hours before Mansell’s theatrical presence, it had been Phillip Glenister’s turn in the spotlight. Renowned for ‘firing up the quattro’ as DCI Gene Hunt in the hugely-popular television series Ashes to Ashes, Glenister had curated a rogue’s gallery of famous Getaway Cars – another of the glittering show’s stand-out exhibits.

With so much to savour, it was no surprise that this year’s London Classic Car Show drew record crowds and further established the mouth-watering retro celebration as the capital city’s premier feast of automotive culture and nostalgia. 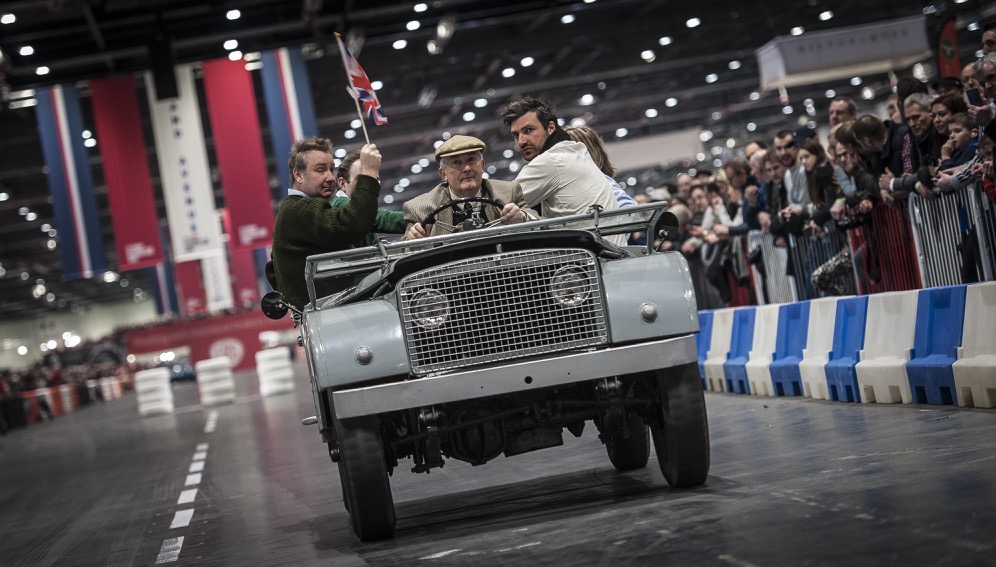 As well as providing a staggering selection of magnificent classic cars for visitors to relish, dealers confirmed considerable interest from buyers with many significant sales. Saturday’s busy Coys auction also witnessed notable lots coming under the hammer, topped by the sale of a 1984 Ferrari 512BB ‘Boxer’ for more than £260,000.

Adding further to the excitement, the head-turning cars at ExCeL London were not only on static display. No fewer than 60 hand-picked classics – including some thunderous racing cars – were fired up for eye-catching displays on The Grand Avenue. 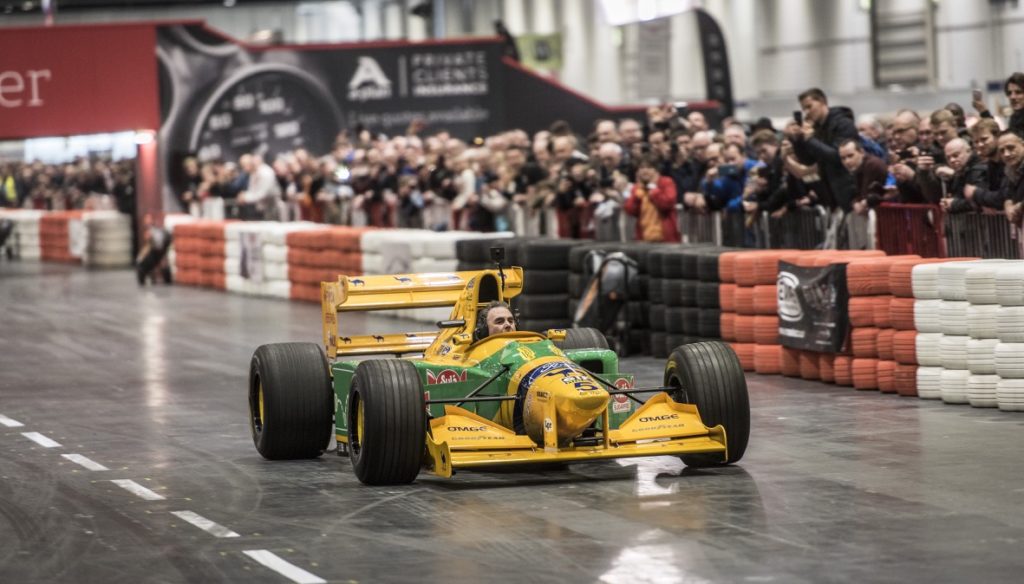 This year’s theme was ‘Specials’, putting the spotlight on an eye-catching gathering of road and race cars steeped in history and mystique owing to their unique designs and often outlandish performance. Once again, the Grand Avenue enthralled visitors, allowing them to see – and hear – some of their favourite classics in action.

All those attending The London Classic Car Show were also admitted into the new Historic Motorsport International – a complementary show celebrating the UK’s leading role in all areas of historic motor sport. Its presence added yet another exhilarating dimension to the visitor experience and was also home to the Supagard Theatre, where broadcaster Henry Hope-Frost hosted public forums with a number a well-known personalities including both Mansell and Glenister.

“It has been another absolutely fantastic London Classic Car Show,” effused Bas Bungish, Event Director. “We started with the global launch of the incredible Lister Thunder on Thursday evening and ended with Nigel Mansell doing tyre-burning donuts on The Grand Avenue in an F1 car – could you ask for more? Even so, we are determined to keep building on what we’ve achieved and are already planning for an even bigger show in 12-months time.” 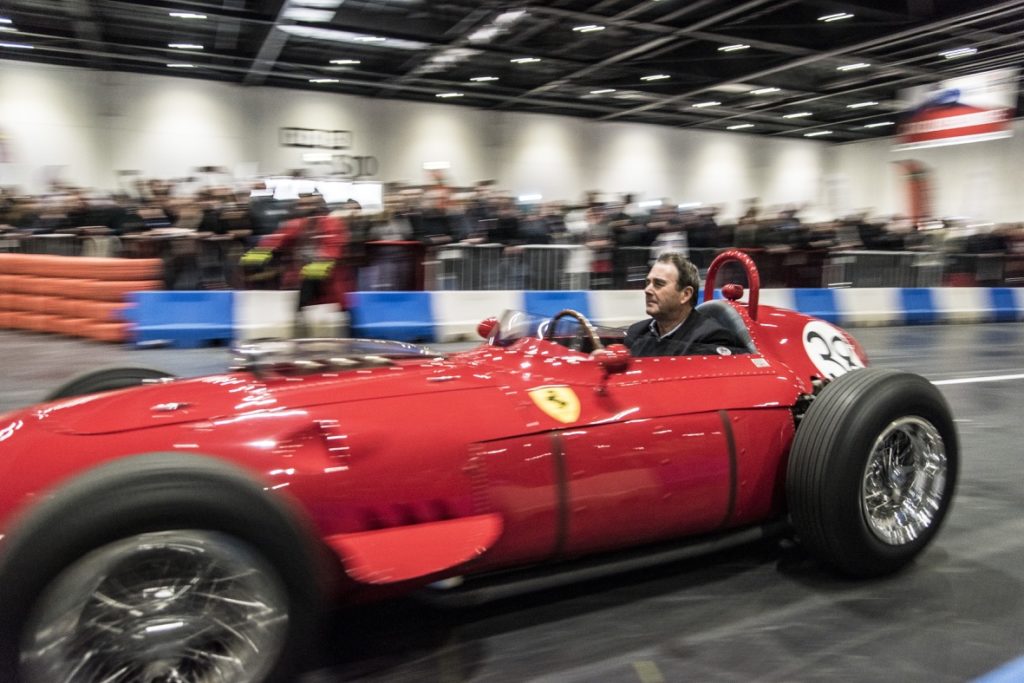 To that end, the organisers have already confirmed that next year’s London Classic Car Show will be staged at ExCeL London from 14-17 February in 2019.