In part one of our breakthoughs in medical science series looking at simple yet innovative solutions to improve access to healthcare, drone technology is delivering much-needed blood to far-flung areas to life-saving effects. 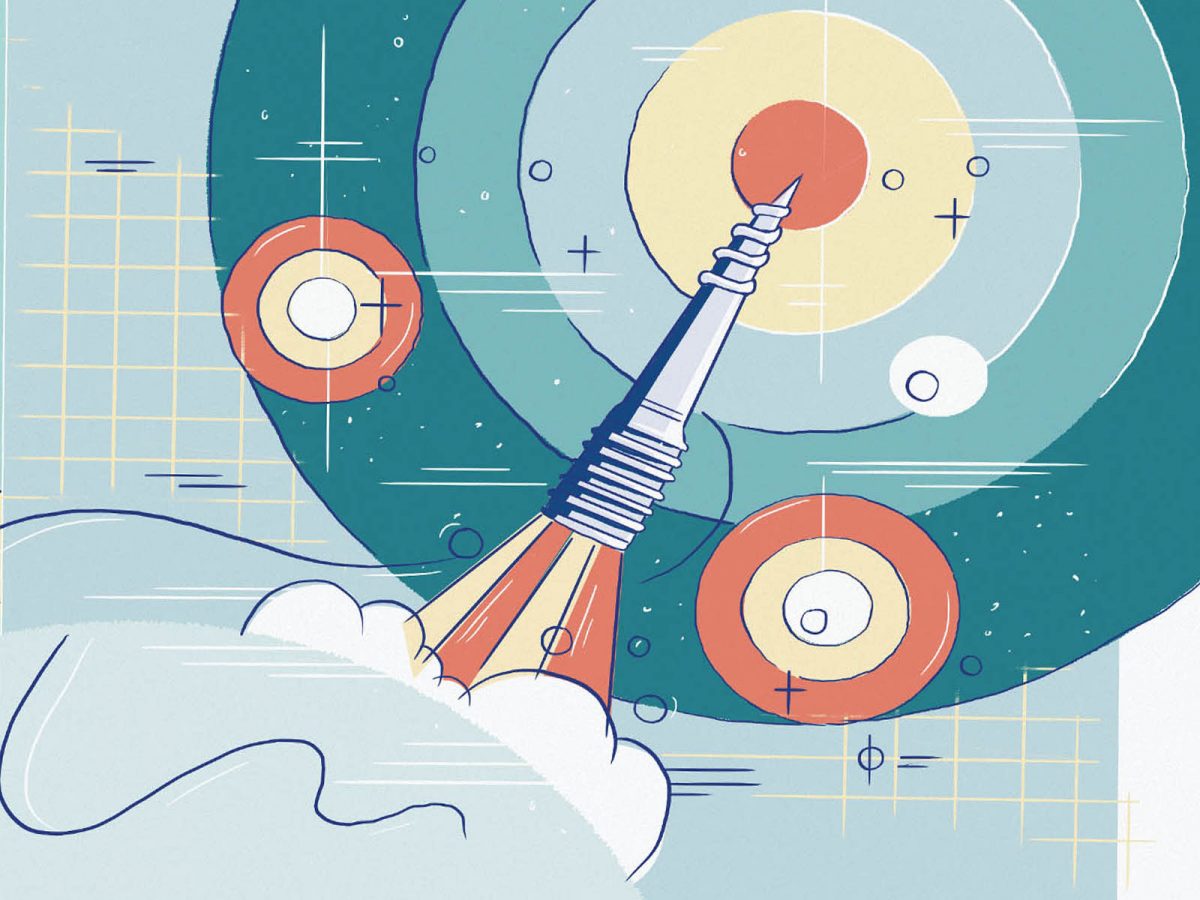 With the world in a period of flux – some might argue crisis – solutions-driven thinking is more important than ever. Innovation in healthcare is becoming a major global focus as medical-related organisations face unprecedented challenges to improve quality and access, increase efficiency, eliminate waste and reduce harm and infection, while containing costs. But it takes resolute, lateral thinkers to focus unwaveringly on the problem until a solution is found. Once in a while, a new technology, an old problem and a big idea turn into an innovative solution. Ntinga, the drone, is one of those solutions.

The network of arteries that carries oxygen-rich blood from the heart to the brain and body and returns deoxygenated blood via the veins is indeed the tree of life. Any rapid loss of blood is life-threatening. ‘There is a term in emergency medicine, the “golden time”,’ says Dr Jonathan Louw, CEO of the South African National Blood Service (SANBS). It’s a time period lasting a few minutes to several hours, during which prompt medical attention is imperative in order to prevent death. When a patient loses massive amounts of blood, there is only one hour to give them the lifesaving transfusion that will deliver oxygenated blood to the brain.

‘One of the problems that the SANBS has been wrestling with for years,’ says Dr Louw, ‘is getting blood delivered to rural hospitals in South Africa in time.’ The solution, developed by a team of blue-sky thinkers from SANBS and German start-up Quantum Systems, comes in the form of a highly specialised drone, which can be used to transport emergency blood from blood banks to hospitals in remote areas more efficiently and faster than ever before.

Dr Louw explains: ‘Our concept is globally unique in that we will provide two-way logistics. O-negative blood is universally compatible, ideal for emergencies, but only as a temporary measure. To save the patient’s life, the O-negative blood is dispatched rapidly to the hospital. The drone returns with a blood sample from the patient for a cross-match, and then we safely and rapidly deliver compatible blood back to the patient.’ The cost? A paltry R10 per flight. The team has called the drone ‘Ntinga’ from the Xhosa proverb ‘Ntinga, ntaka, ndini’ which, loosely translated, means ‘Commanding an eagle to fly’. Ntinga takes off and lands vertically and, once in flight, is highly efficient and streamlined. Like a drone, it is controlled remotely. 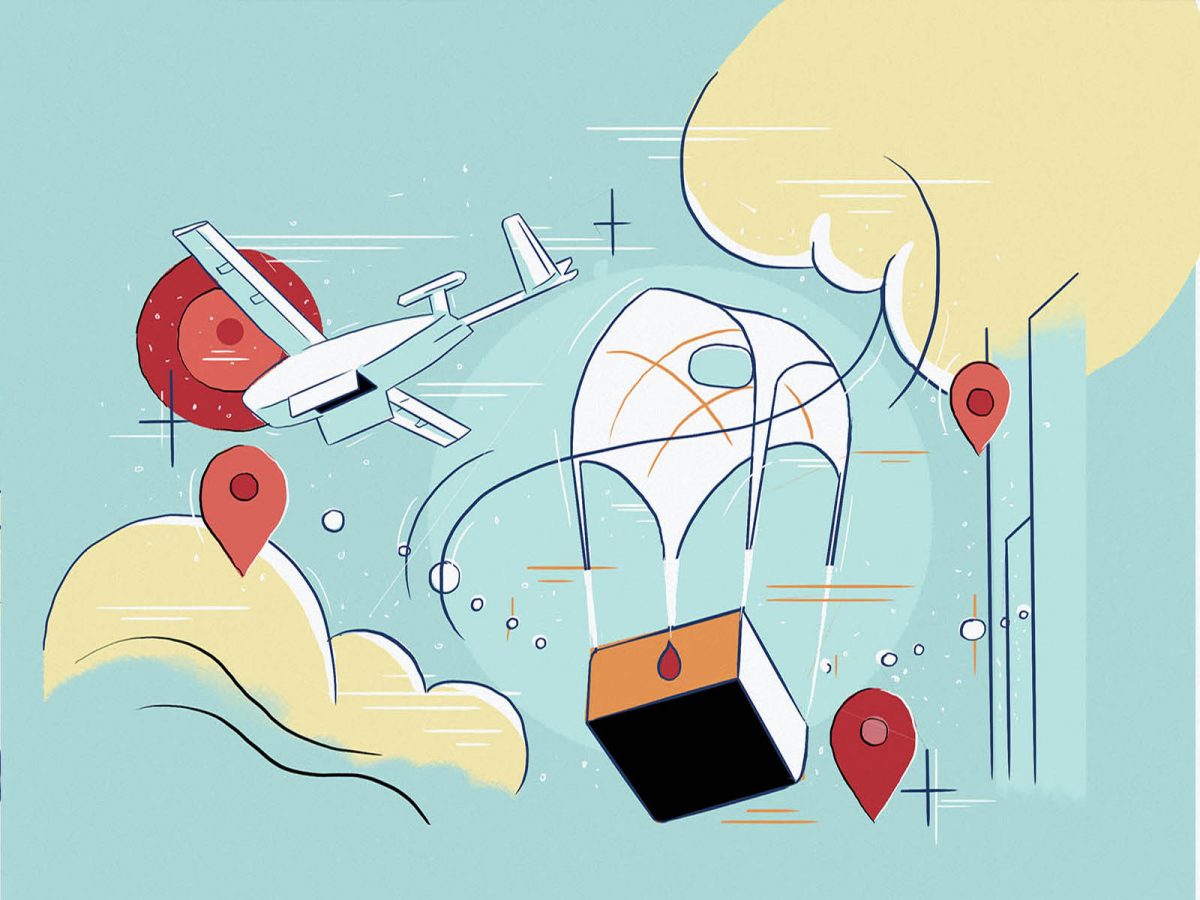 A milestone in the history of blood transfusion

For the aerophiles, Ntinga is engineered to meet seven criteria: speed, two-way logistics, physical conditions, safety, payload capacity, distance and cost. Which it does more than adequately. Ntinga is a professional and high-performing unmanned aerial vehicle (UAV) with a maximum take-off weight of 13.5kg (up to four units of blood) and can fly at speeds of up to 180km/h. It was designed from the outset as a fully electric transition aircraft, is able to glide to the ground or deploy a parachute in the event of an emergency, and is fully autonomous.

There’s something for the petrolheads too. The drone has a miniature 1960s VW air-cooled radiator, created by a 3-D printer – the electrical charge over the plate acts as an air conditioner keeping the blood cool.

Blood cargo is fragile, so the integrity of the blood or sample cannot be compromised during the flight. Unlike 007’s martini, it can neither be shaken, nor stirred. Which is why the cargo department in the fuselage is as ‘protective as a womb’ and is designed to ensure the temperature during the flight and G-forces do not jeopardise the blood. Dr Louw believes that this is, ‘a milestone in the history of blood transfusion, not only in South Africa but the entire world’.

So how long did it take from concept to prototype? ‘We could have just outsourced the development but instead we wanted to build a competence within the company. We put together a drone task team consisting of senior managers across the working group. The internal campaign to train people included technicians, safety officers, ground-station operators and drone pilots.’ It was led by Dr Louw, who is not only a medical doctor but also a qualified drone pilot.

When Ntinga lands at a hospital, what’s to prevent just anyone from taking the blood? Security is tight, says Dr Louw: ‘A unique identification system is being developed to verify who opens the fuselage through fingerprinting or inputting a code received by SMS. On-board cameras record the entire flight and handover.

In South Africa, ‘the problem of postpartum haemorrhage is of particular concern,’ says Dr Louw. In the last year for which comparative international statistics are available, 123 mothers per 100 000 live births died soon after delivery. The losses place us 121 out of 138 countries. Excessive blood loss is a significant cause of maternal death in the hours following birth.

Ready for take off

Like many innovations, transporting blood is just the beginning. Dr Louw believes the possibilities are endless: snakebite antivenom, vaccines, emergency antibiotics, even organs for transplant, could be transported. Ntinga is a dream come true for SANBS, a real solution for patents in dire need of lifesaving blood transfusions. Its development has also been significant for 29-year-old Lebohang Lebogo, the first drone pilot at SANBS who will be controlling the craft. Lebogo always wanted to be a pilot. ‘My parents could not afford to send me to aviation school. So my mom told me about an opportunity to work as a temp at the blood bank and I joined in 2008,’ she says. The dream to become a pilot never dissipated and she decided to put herself through school to achieve her goals. ‘Right now,’ she says, ‘I have my student licence and I’m working towards getting my private licence.’

Approval by the CAA (Civil Aviation Authority) is the only thing standing in the way of Ntinga’s lift-off. But Dr Louw is optimistic that the go-ahead will be received in the next few months. Soon, ‘Flight O-negative’ will be cleared for its all-important take-off, touch down gently, release its precious cargo, collect a blood sample and make the flight back to the SANBS base.

Look out for part two, where we delve into the technology behind bone implants that seamlessly blend into the human body. 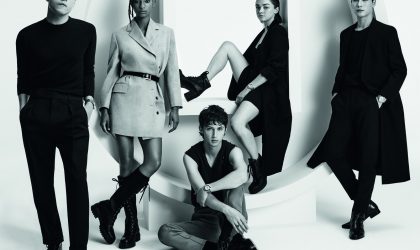 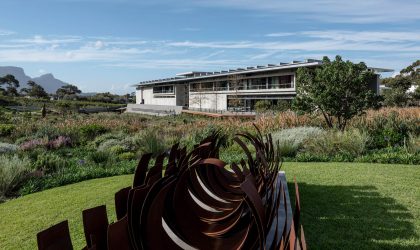 Experience a one-on-one art tour from your couch