The longest flight curated by IWC

Two pilots are embarking on a first-of-its kind aviation adventure, a feat that could be in the history books by year end. Private Time online watch writer, Debbie Hathway, and IWC take us through the journey. 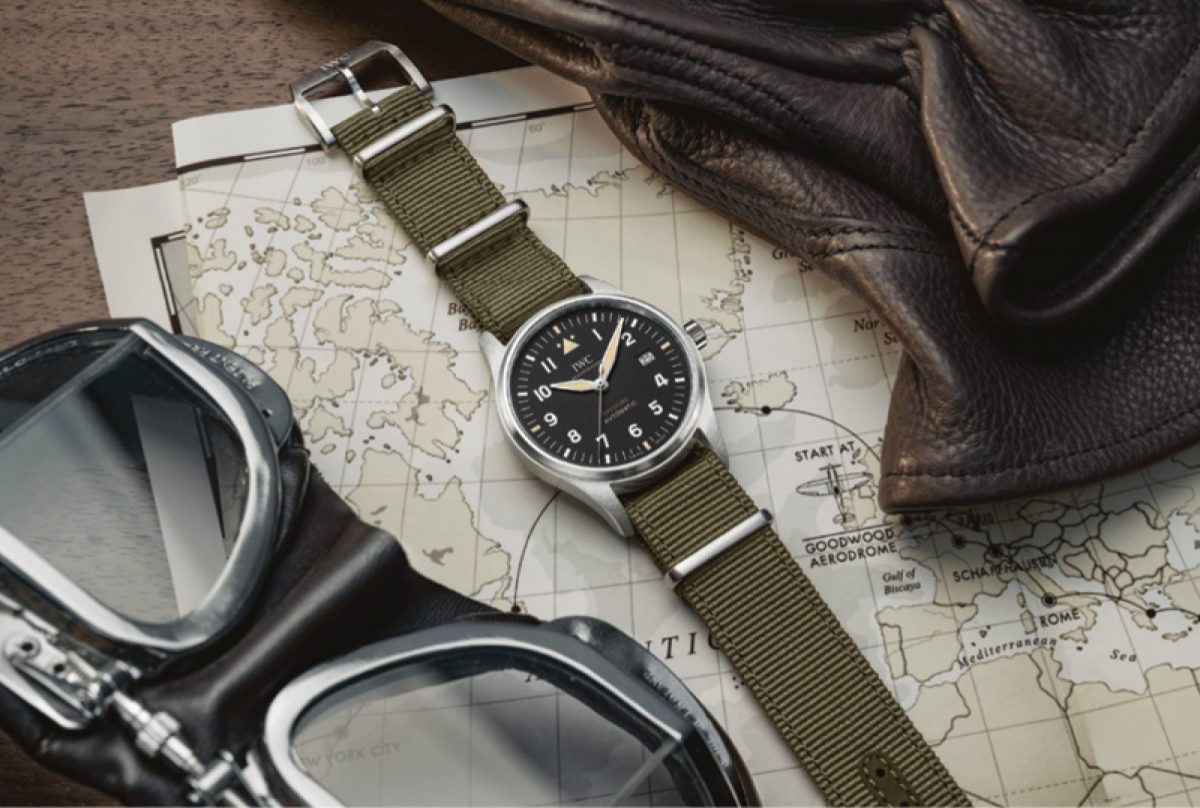 In August 2019, two pilots and an 80-year-old aircraft will take to the skies on a flight path that will cover more than 43 000km and 26 countries in an effort to complete a historic round-the-world adventure in four months.

It’s not just any aircraft, though, and these are not ordinary pilots. The Mk.IX Spitfire – an emblem of freedom across the globe – was designed as a single-seat, short-range, high-performance interceptor aircraft by Reginald J Mitchell and used by the Royal Air Force and other Allied countries before, during and after World War II. The pilots are UK-based Steve Boultbee Brooks and Matt Jones. Jones is a spitfire, helicopter and business-jet pilot, while Brooks is an avid explorer and pilot whose record-setting achievements include being the first person to fly a helicopter from pole to pole in 2004. They cofounded the Boultbee Flight Academy as a means to share their passion for Spitfires with as many pilots as possible after Brooks bought a two-seater Spitfire on auction approximately 10 years ago.

I chatted to Brooks about ‘Silver Spitfire – The Longest Flight’ at the recent Salon International de la Haute Horlogerie in Geneva, where partners IWC Schaffhausen launched a new Spitfire line in the Pilot’s Watches collection. ‘Spitfires are so special, and so emotive, and yet they were kept behind red ropes and no-one was allowed near them,’ says Brooks. ‘We came up with the idea of the academy to let people fly them and touch them… and then we bought the single-seater. They were all single-seaters originally; only a few were converted after the war.’

The two-seater, which has been used to teach approximately 2 000 people to fly to date, is in fact registered in South Africa. According to Brooks, ‘somebody found it in a scrapyard near Cape Town in the ’80s and started rebuilding it. That’s our main machine… that’s our love, the South African one.’ News about Brooks’ investment in the single-seater spread to 22 countries. Astounded, they soon realised that ‘the whole world loves the Spitfire. So now the idea is to take the Spitfire to the world…’

The fighter aircraft’s elliptical wings not only make the Spitfire extraordinarily agile and easy to manoeuvre, they also give it its unique silhouette. How does it feel to fly? Jones says, ‘The more you forget that you’re in a machine, the more it feels like the wings are your own.’

The aircraft underwent a painstaking refit at Duxford in Cambridge in the UK. The modifications, which make it more suitable to flying longer distances, included a new engine, extra fuel tanks, no weaponry, improved avionics and some modern safety gear. The aircraft must be fully serviced after every 25 flying hours and refuelled every 750km.

The instrument design of IWC’s Pilot’s Watches is the result of engineering to the specific requirements of military aviation. The Spitfire watches are inspired by the Mark 11, the iconic navigation watch produced in Schaffhausen for the Royal Air Force from 1948, and incorporate IWC-manufactured calibres.

‘We do like these guys [IWC] because their very concept is about function,’ says Brooks. ‘In a Spitfire, there is no floor because you don’t need a floor. IWC’s design ethos is similar when they’re making watches in that they only have the bits they need.’

Among the new models, the Pilot’s Watch Timezoner Spitfire Edition ‘The Longest Flight’ (Ref. IW395501) has been specially developed for Brooks and Jones. Limited to 250 pieces (the pilots receive the first two), the watch can be set to different time zones by simply rotating the bezel.

The Spitfire line features a stainless steel or bronze case. The former, with its black dial and green textile strap, is reminiscent of the cockpit of a Spitfire, while the bronze case combined with olive-green dial and brown calf leather strap will develop its own unique character as the patina develops over time. The Spitfire is engraved onto the back of those watches with a closed case.