The luxury of motoring

A stunning collection of 28 Lalique glass car mascots will be on show together for the first time as the glittering centrepiece of The Luxury of Motoring, a new display which opens in February at the National Motor Museum, Beaulieu. 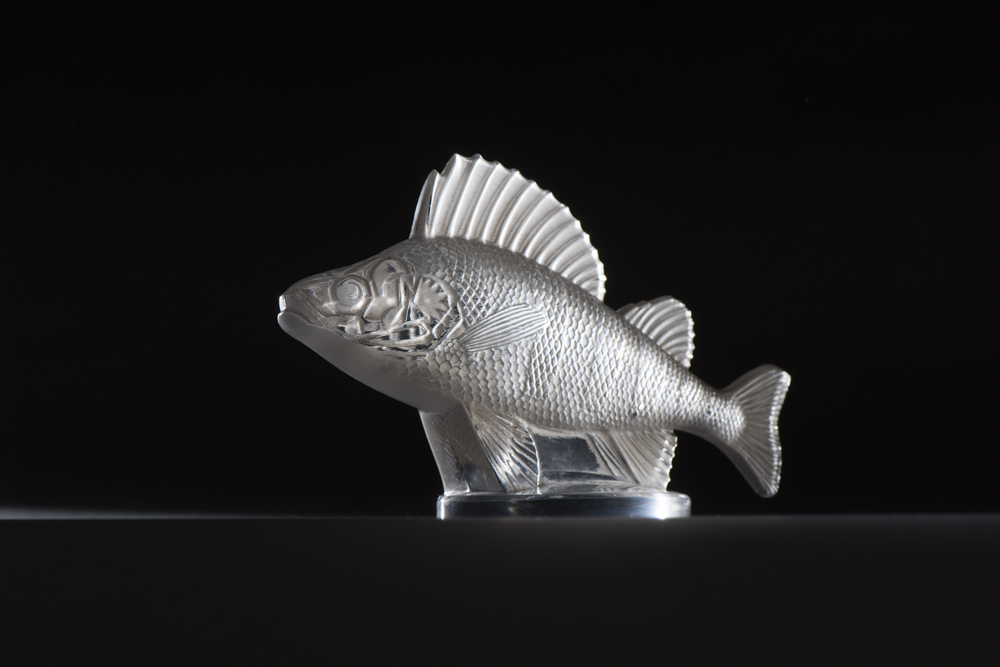 This brand new gallery showcases a selection of the most luxurious cars ever built and tells the story of their design, the people who owned them and the chauffeurs who drove them.

Spanning the golden age of luxury motoring to today’s aspirational cars, perceptions of taste and class are themes that are explored through a range of fascinating objects, films and rarely seen images from the National Motor Museum Trust’s archives.

At the heart of the display is the privately-owned Lalique collection, whose owner chose the National Motor Museum at Beaulieu as the home of motoring and therefore the perfect setting to showcase his treasures for the first time.

The collection began with his first purchase of a perch fish mascot because he was a keen angler. It started his journey to find perfect examples of Rene Lalique’s stunning car mascots, which graced the bonnets of the most stylish automobile marques of the day. The final three rare Lalique mascots to complete his collection – the comet, owl and fox – are missing until he is able to source perfect examples.

From the light radiating, delicate veined wings of a dragonfly to the heartiest falcon mascot with its thick, tapered neck which fits tightly into the mount, the collection includes majestic animals and human forms that bring art into everyday life. The collection is on loan courtesy of Dawson’s Auctioneers & Valuers at Maidenhead and visitors to Beaulieu can see its full beauty by pushing a button to light up the dragonfly star exhibit.

From stylish models to the supercars of their era, The Luxury of Motoring brings its story to life with a display of some of the most luxurious cars ever built. Beaulieu has an unparalleled collection of Rolls-Royces by virtue of the Montagu family connection with its founders – John, 2nd Baron Montagu even opened their first factory – and the display includes:

The 1909 Rolls-Royce 40/50 Silver Ghost which was a favourite car of the late Edward, Lord Montagu and carried his coffin at his funeral. The Rolls-Royce claimed the reputation as ‘the best car in the world’ during its two-decade production life. Beaulieu’s model was rescued from a hard life as a tow-truck in Scotland in the 1950s before being completely restored, when its stunning Roi des Belges body was fitted.

His father, the motoring pioneer John, Lord Montagu was so impressed by the 1925 Rolls-Royce 40/50 Phantom – the successor to the Silver Ghost – that he bought the new car at the London Motor Show and used it until his death four years later. The car’s fortunes worsened in later years, being adapted as a mobile canteen during World War II, before being rescued by his son Edward, Lord Montagu and restored to its former glory.

Also in the display is the imposing 1933 Rolls-Royce 40/50 Phantom II which was bought by media tycoon Lord Beaverbrookand fitted with a luxurious Sedanca de Ville body. It is now owned by the Beaverbrook Foundation and, in its heyday, kept Rolls-Royce at the forefront of luxury motoring design.

Over three decades later, the 1968 Rolls-Royce Silver Shadow, which is part of the National Motor Museum Trust’s collection, made great strides with its radical design and incorporated four-wheel disc brakes and self-levelling suspension.

Bringing this decade-spanning collection bang up to date is the 2017 Rolls-Royce Wraith commissioned by Giles Martin, the son of Beatles record producer Sir George Martin, as a tribute to his father. Between the rear seats is a list of the Number One hits that Sir George was associated with, and his signature is engraved on the base of the bonnet’s Spirit of Ecstasymascot. This bespoke model is one of just nine Wraiths ‘Inspired by British Music’ and joins the display courtesy of the Rodger Dudding classic vehicle collection at Studio 434.

Other marques included are the 1906 Renault 14/20hp XB and, joining the display later in February, the 1913 Argyll 15/30hp. Both perfectly represent the high-quality cars that ruled the roads in the Edwardian era, when motoring was solely for the wealthy. The Renault was built for King Edward VII and finished in its original Royal Claret livery. It was used for private journeys by the king and for shopping trips to the West End by Queen Alexandra. It later passed to King George V. The Scottish-built Argyll was an exceptionally well-engineered machine, with cutting-edge features such as brakes on all four wheels. The privately-owned car was originally a wedding gift from a husband to his wife and has remained in the same family ever since.

Another manufacturer with an enviable reputation is represented by the 1928 Mercedes-Benz S Type 36/220 which was formerly owned by actor and writer Peter Ustinov before joining the Trust’s collection. This highly sought-after supercharged Model S was one of only 146 examples built.

Director of Collections Andrea Bishop said: “Led by our Curator of Objects Gail Stewart-Bye, the Collections Team has researched the museum’s wonderful treasures to find stories, objects, images and film which explore the concept of luxury. We’re confident that our visitors will enjoy the colourful, quirky and sometimes controversial things we have discovered.”