The mystery clocks in the Cartier collection

For the first time at the SIHH, Cartier will be presenting an exceptional set of 19 mystery clocks. 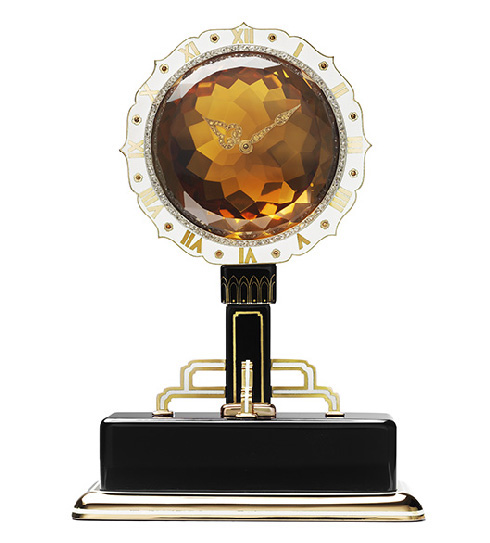 These creations represent a technical and aesthetic tour de force in the history of both the Maison and of the decorative arts. These “marvels of horology” as described by the Gazette du Bon Ton in 1925, conceived by Louis Cartier and the Maison’s clockmaker Maurice Coüet, were also inspired by the work of illusionist Jean-Eugène Robert-Houdin. The first model came to life in 1912, and the Maison’s production of the mystery clock continues to this day.

In 1973 the Maison acquired one of these marvelous clocks from the art market, a pioneering move which gave birth to what would become known as the Cartier Collection. Today the Collection is comprised of more than 1,600 pieces of jewellery, watches, clocks, and precious objects, and gives the world’s most renowned museums the opportunity to celebrate Cartier creations by featuring them in major exhibitions.

This exhibition is an invitation to discover these masterpieces of watchmaking. Their technical and stylistic excellence secures their place among the world’s most important works of art.


This clock is the first in a famous series of six Portique clocks, produced between 1923 and 1925. 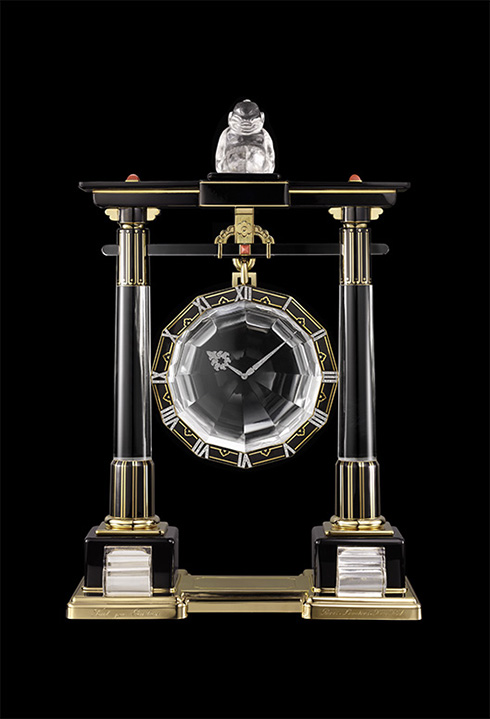 During this time, the lure of the East was keenly felt within Cartier’s creative universe. Here, the clock takes the shape of a Japanese gate found at the entrance to Shinto shrines. Meaning “bird perch” in Japanese, the gate is topped with a Biliken, a little mascot with a plump figure and smiling face that conjures up the good spirits inhabiting sacred sites. It is here that the clock’s movement is mounted. The dial itself appears suspended like a gong.

It was acquired by the opera singer Ganna Walska. An incredibly beautiful woman of unerring taste, she amassed a remarkable collection of jewellery over her lifetime, with a marked preference for Cartier.

Elephant mystery clock
This mystery clock is the tenth in a series of fourteen that feature animals or figurines, made between 1922 and 1931. They are partly inspired by 18th century clocks in which the clock was set on the back of an animal.

Like the Portique series, the Elephant clock shows the fascination with the East in Cartier’s creative repertoire. In South East Asia, elephants are used for transporting royalty. Taking the allusion to the extreme, here the elephant appears as an authentic Chinese jade figure dating from the 18th century. There is no guessing as to why it was sold to a maharaja… 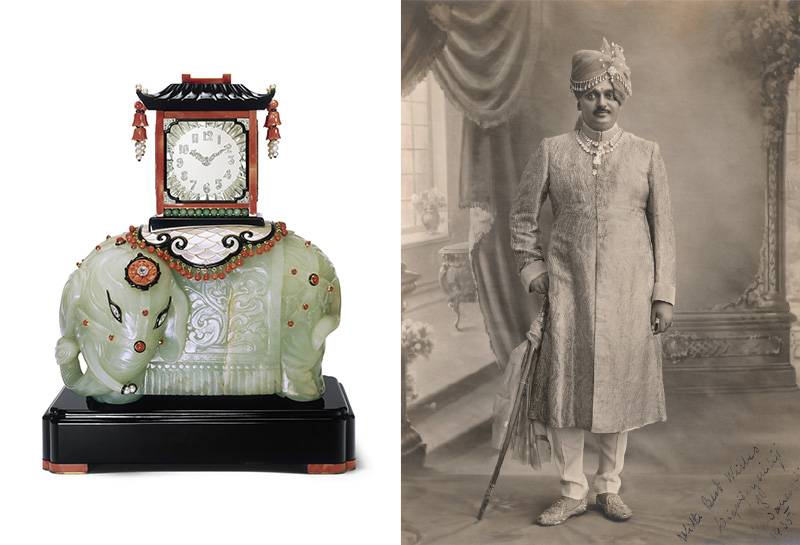 Indeed, it was the Maharaja of Nawanagar who acquired it. The Maison created some exceptional pieces for this major client, including a turban ornament with the famous tobacco-coloured Tiger Eye diamond of 61,50 carats, as its centrepiece.

The clocks in this series are considered as the most precious to have been made by Cartier. Four of these marvels now form part of the Cartier Collection.


The Model A clock was the original type of mystery clock produced by Cartier from 1912 onwards. 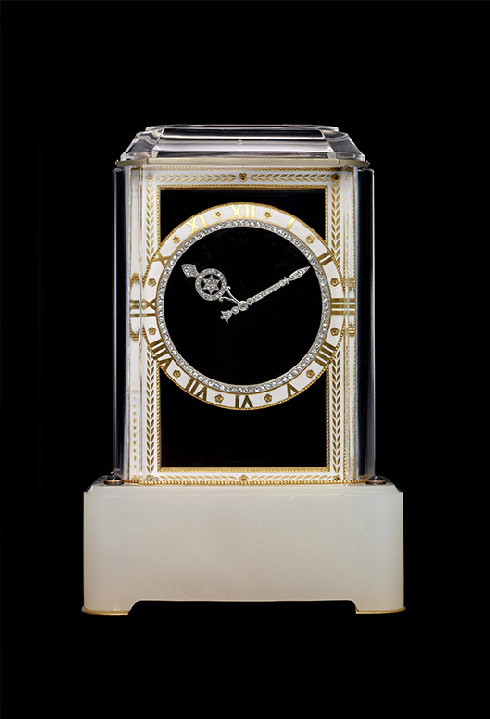 Its sleek and transparent silhouette sitting on a hard stone base makes it a pioneering creation, evoking the Art Deco aesthetic long before the height of the movement.

As rare and internationally renowned pieces, several Model A were acquired by prestigious figures. This one, for example, was sold to Count Greffulhe, husband of the famous Countess Greffulhe, “the most beautiful woman in Europe”, according to Marcel Proust, who used her as a model for his character, the Duchess de Guermantes.

Dating from 1914, it is the oldest mystery clock in the Cartier Collection today

Mystery clock with single axle
From 1920 onwards, Louis Cartier and Maurice Coüet, still inspired by the research of the illusionist Jean-Eugène Robert-Houdin, pushed the limits of both magic and technology with their mystery clocks with single axle.

With the two discs carrying the hour and minute hands now being driven by one single axle, it meant more room for aesthetic freedom. In this way, clocks with single axles have given rise to many variations. Here, rather than rock crystal, the dial is carved out of citrine. The delicate combination of gold with black and white enamel make it a remarkable piece from the Art Deco period.

This is the most recently acquired mystery clock in the Cartier Collection. Mystery clocks are currently surging in popularity on the art market.