A slow-paced safari in Tanzania

Tanzania is one of Africa’s most iconic safari destinations, and a haven for those looking to immerse themselves in the wonders of the African bush. 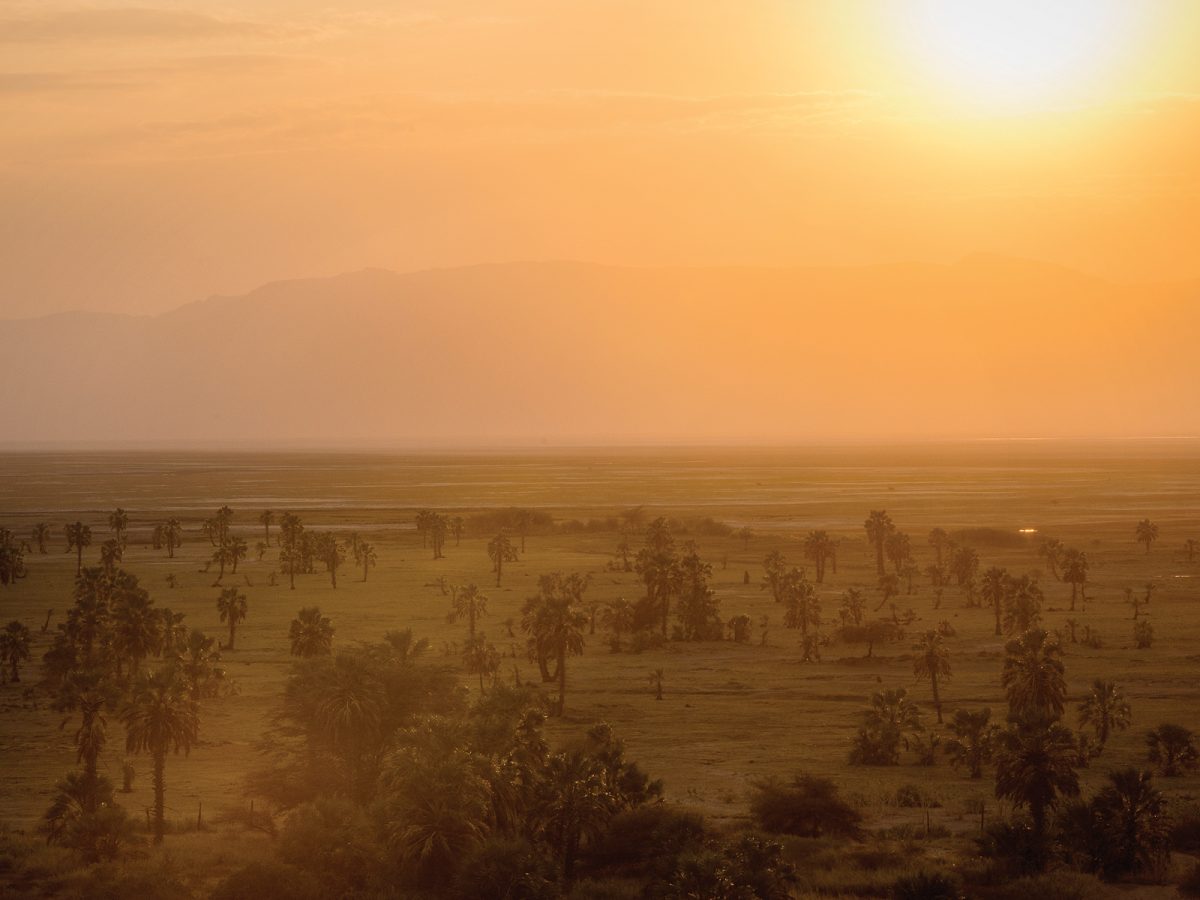 It is October and Tanzania is parched. The rains that should have dressed the plains in short, sweet, grass, and swell the ubiquitous baobabs until they decorate themselves with dangling superfruits are overdue, and it’s dry and dusty. So, arriving at Ziwani Lodge, overlooking Lake Eyasi in Northern Tanzania, is a welcome reprieve. It’s a true oasis on the edge of the Rift Valley.

The stone fort is spacious and cool and the gentle through-breeze functions as a natural air conditioner. A dip in the rim pool, with its panoramic view over Lake Eyasi, completes the revitalisation for travellers.

The property is a fully-fledged eco lodge; running solely off solar and wind power. It is fitting that it provides the base from which you set out to meet and interact with the Hadzabe and Datoga, two self-sustaining communities that have had and continue to have minimal impact on the environment.

The Hadzabe are East Africa’s last remaining true nomadic hunter-gatherers, and it is a privilege to be privy to their life, deep in the bush. The men deftly fashion arrows out of metal, before attaching feathers and anointing the tips with deadly desert-rose poison.

They are silently focussed on their tasks. Our guide, Issa, spent six months living with the Hadzabe, accompanied by a Japanese anthropologist who studied their way of life. The men hunt and the women collect an astounding variety of fruit and berries.

A hunting experience with the younger men proves unforgettable. They set off at a cracking pace, three skinny dogs yipping at their heels. Suddenly, one of the hunters stops, and in one fluid movement, pulls his arrow back and flattens his body; leopard-like he slinks closer to the target. They’re hunting birds and need to gather enough to feed everyone. They are so animated after a successful kill that you do not need to understand the language of consonant clicks – it is an energetic game of charades.

Two hours later, they still have a spring in their steps while the observers are exhausted and thirsty. You need a fairly strong stomach to observe the hunting, but it is done in the fairest way possible – with simple hand-fashioned weapons, skill and stealth. The dozen or so birds are placed on the fire, the feathers singed off and then the entire bird eaten – nothing is wasted.

We leave to visit the Datoga, a pastoral people, who are also skilled metal workers. They live near the Hadzabe and supply them with iron tips, knives and spears in exchange for animal skins, honey and fruit.

Their workshop is a boma, protected by acacia trees, and adjacent are huts built of branches, mud and cow dung. Ventilation and light are invited in through carefully carved apertures in the wall as the sun arcs across the sky. Six women sit inside and the chat is managed through an interpreter.

The Datoga are also skilful recyclers. They collect metal and create the most beautiful jewellery by smelting the iron and modelling intricate designs. They too are deft and concentrate fiercely on their craft. Even their tools have been refashioned from smelting the iron from leaf springs, sumps and engines.

After being transported into this sparse and harsh world of survival, there is a stark and welcome contrast in returning to Ziwani Lodge, having a dip in the pool and enjoying an ice-cold beer. The experiences of the day are an integral part of your altered consciousness, a new perspective – two worlds at odds with each other yet integrating seamlessly.

It’s onto Mandhari Lodge (mandhari is Swahili for ‘landscape or view’) – the newest of the six camps falling under the Nasikia Camps umbrella.

The lodge has a large open-plan area where a gentle breeze cools you down as you relax and unwind. Mandhari is a place to rest, relive your memories of the extraordinary Tanzanian bush, the animals and the people. It is also a base from where you can visit the Ngorongoro Crater for a day’s excursion. The grass after the rains is three times as nutritious as at any other time. This is why around 8 000 wildebeest calves are born each day over three weeks in February and March.

The wildebeest have not returned from their migration yet, but the crater is still teeming with wildlife. The smallest antelope species, the dik-dik, has noticeably dark eyes, framed by long delicate lashes. They are able to spot a predator from a long distance and can survive for up to three months without water – invaluable survival tools in the dry season.

Two packs of hyenas coordinate their own survival by taking down a Grant’s gazelle – and then the battle for the prize begins. As the victor slopes off with the kill, the other pack tries to steal it. A fight ensues but, eventually, a truce is reached as they settle down to feed. A pride of lions sleep, the individual animals tumbled haphazardly over each other; a bloat of hippos relax in a pool, beady-eyed; and herds of antelope and zebra wander the plains.

You return to Mandhari to be pampered in the embrace of the warm, convivial staff. You can also try your hand at Swahili cooking, African drumming and yoga. Mandhari Lodge is situated high on the Manyara Escarpment, which forms part of the Great Rift Valley. The view is dreamy and is the perfect setting for your mind to weave a tapestry of memories of people, animals and the natural order of things.  And you know John Hemingway was spot on when he said, ‘If I have ever seen magic, it has been in Africa’. 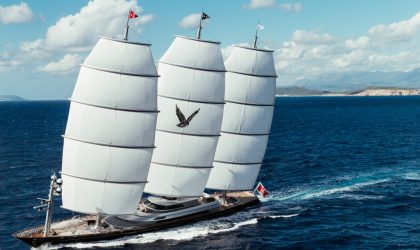 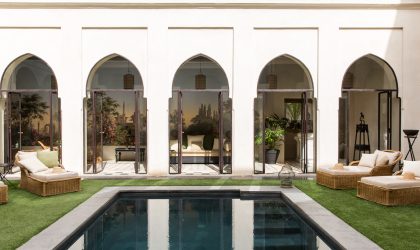 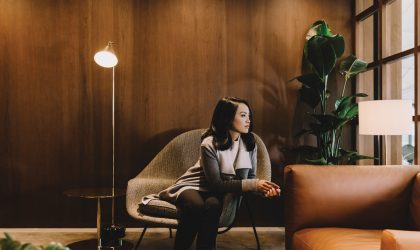 Why global airlines are investing in luxury lounges on terra firma