Super Veloce Racing (SVR) is now accepting applications for one of the last truly original examples of the formidable Lamborghini Diablo SV. 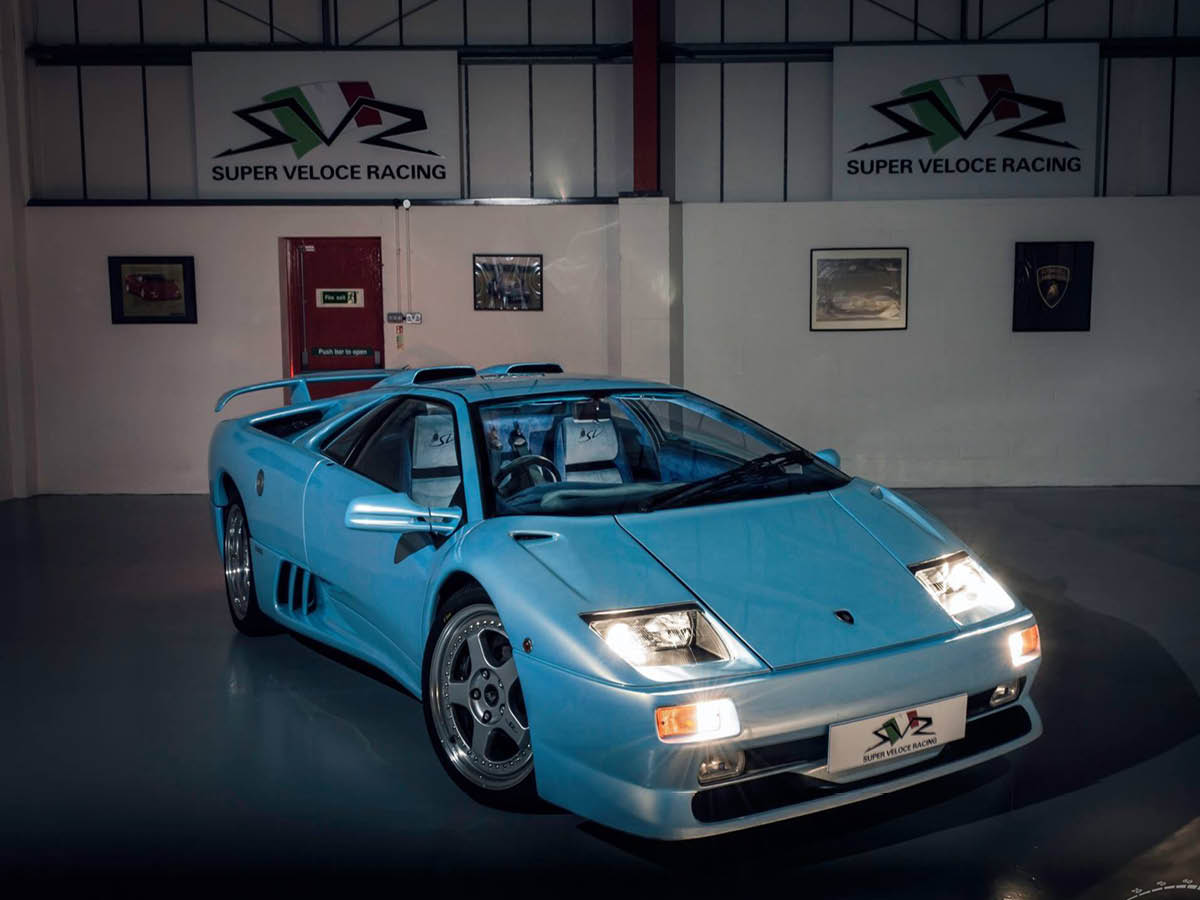 Believed to be one of the last unmolested examples in the world, it is presented by SVR, established and operated by ex-Lamborghini Service Manager Alan Robb and exLamborghini works driver and Master Technician Lee Cunningham with their business partner Ben Adnett.

The first Lamborghini road car capable of a top speed of more than 200mph, the Diablo was launched in 1990 to critical acclaim. It followed the brands traditional layout of a rear-mid mounted engine, a 5.7-litre V12 delivering 492hp, and rear wheel drive. With a production run of 11 years, the model went through a number of iterations, with updates to the engine, chassis and styling during its lifetime. The SV model was introduced in 1995 and was only the second model in Lamborghini’s history to wear the ‘Super Veloce’ title after the legendary Miura. The example offered by SVR is one of the last examples built, a 1998 ‘Ice Blue’ one-off.

The SV had a number of upgrades over the standard model however remained true to the original, keeping to the traditional rear-wheel drive layout with a manual gearbox. The unique colour of SVR’s example is interesting in its own right and is the only Lamborghini in the UK to be finished in this colour. Originally painted yellow, the factory finished this SV with a fine coat of light blue metallic to give a pearlescent finish. This was done especially for this example, which started its career on the Lamborghini stand at the 1999 British Motor Show.

Purchased from the show, the original owner also purchased the ownership rights to the colour, thus securing this example’s place in history as truly unique. Complementing the already formidable specification are a select few upgrades, opted for and fitted during production at the factory. This includes SE side skirts, a carbon fibre gear lever, a performance grade stainless steel exhaust system and a two-tone alcantara interior. The interior was a special order item and included grey, light and dark blue shades of the material covering every aspect of the car’s interior, with the SV logo hand embroidered into the seats, complete with blue contrast stitching.

The two previous owners have kept the car in exceptional condition and it is presented with just 6,941 miles from new, a fully detailed history file, full Lamborghini service history, both keys and every original accessory in place, including the rare Lamborghini umbrella. Applications are now being accepted for the concours condition Lamborghini Diablo SV. Viewing is strictly by appointment. Price is on application.