At the end of January 2019, Switzerland will once again host the World Economic Forum, where some of the most important people on the planet will be debating and deliberating. Here’s where we suggest you stay, drink, dine and relax – book now to ensure your space among the other big hitters. 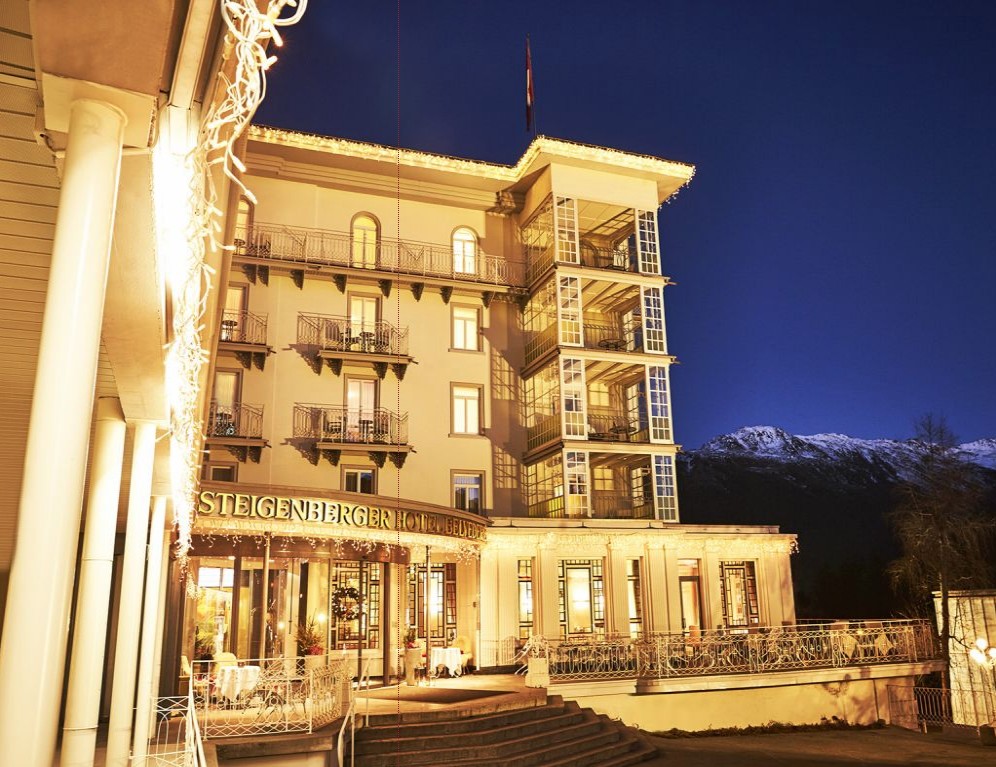 Even though the Steigenberger Grandhotel Belvédère has 126 rooms to choose from, this opulent hotel fills up fast. With names like Prince Albert of Monaco, Angelina Jolie, Charlize Theron and Bono on the guest registry, it’s safe to say that the Steigenberger will meet all your requirements, whether it’s business or leisure. Centrally located, with wellness amenities aplenty, it’s essential to book early to avoid disappointment.

In a small town like Davos, Michelin-starred restaurants are few and far between. Even this one, Glow by Armin Amrein, is tucked away behind a décor store, so if you don’t know about it, you may just miss it. ‘Designed with great attention to detail’ according to Michelin inspectors, and aiming to offer guests new, unimagined harmonies and tastes, it’s the one to seek out. In Amrein’s own words, it’s ‘a meeting place for the ultimate in pleasure’.

Spend a few hours at the Kirchner Museum viewing the work of Ernst Ludwig Kirchner, a German painter and printmaker, who, together with a group of his peers, was integral to the Expressionism movement in 20th-century art. Kirchner lived in Davos in his later years, until he passed away in 1938. The museum also showcases temporary exhibitions featuring other major artists of the classical-modern period and contemporary art.

Davos is known as a bit of a party town. Try Pöstli Club located in the Morosani Posthotel. It comes alive on the weekends from 10.30pm, and DJs keep the crowds going until the early hours of the morning. Frequented by celebrities, politicians and athletes alike, it makes for a festive night out. Make a reservation in the lounge and start the evening with a bottle of bubbly.

This article by Lynette Botha originally appeared in Issue 42 of Private Edition.