Traversing Europe's waterways on a low, cool, luxury river boat is like a long, languorous dream. 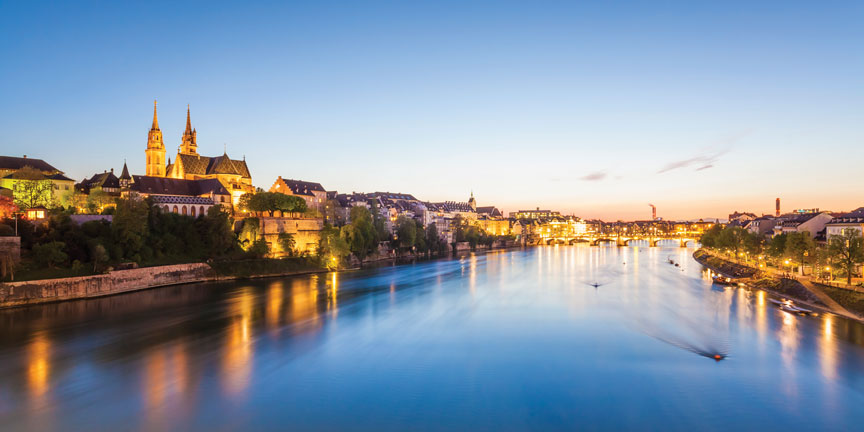 The biggest blow to the the image of the cruising holiday didn’t come from Titanic, it comes from modern-day cruise ships. Any sane person would take one look at those great blaring, seething, heaving germ factories, all piled up with screaming children, sporting rows of sunstroked tourists stretched out on deckchairs like half-shaved polar bears or pork bangers under a grill, and vow they’d rather spend time in a Turkish prison on terrorism charges than set even one foot onboard.

And they’d be right. Who would spend time and money joining 2 000 strangers stacked up in the Caribbean, say, when they could glide as stately as a grand duke and duchess up the Rhine on the S.S. Antoinette.

I tried to tell my partner this, but I was having trouble. Her parents had once forced her onboard one of those ships that leave Durban, sail to nowhere in particular, bob around on the Indian Ocean for a bit and blare music through the PA system, while the ship’s depressed crew ply the hordes with sugary cocktails and harangue them into having fun, and then bring them back again, seasick and hungover.

The Antoinette is one of Uniworld’s long, low, cool river cruise boats. Other boats cover the Danube or the Seine but the Antoinette sails the Rhine from Amsterdam, through the winelands of Germany, and follows the border with France to Basel across the Swiss border.

In our suite on the upper deck was a bed half as wide as the river and a private balcony where we sipped champagne as we left Amsterdam. The evening breeze felt good on our cheeks. I pointed out a swan, and an old man walking a white dog on the riverbank, and the setting sun on the low golden horizon. ‘All right,’ she said grudgingly. ‘Fine. This is nice. But I’m not doing any excursions with other people.’

She didn’t have to do anything with other people if she didn’t want to. On a cruise ship you have to wait in vast herds to disembark, but the Antoinette holds a maximum of 157 passengers and you come and go as you please. Whenever the boat docks, you can stroll down the gangplank and wander into the village nearby or take a bicycle into the countryside. All the excursions are complimentary – just like all the food and drink onboard. 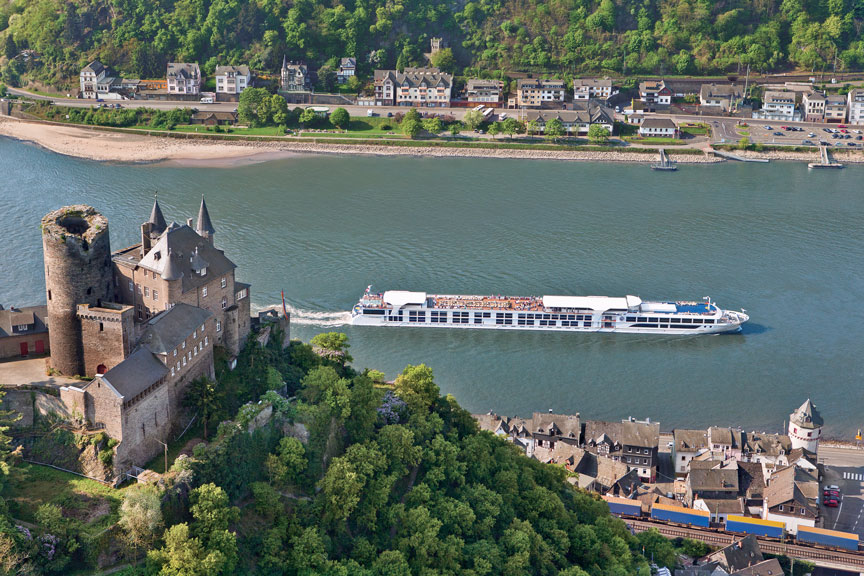 In Cologne there was a walking tour of the cathedral and the old town, with a Kölsch beer tasting in a brauhaus afterwards. Each passenger receives a QuietVox – your own individual earpieces so that you can hear the tour guide even from a distance.

‘We could take the QuietVox and be in the vicinity,’ I suggested. ‘We wouldn’t have to be part of any group. Look, there are only 15 people anyway.’ I could see she was hovering.

At Mannheim we went vinegar tasting at the Doktorenhof Vinegar Farm. Wearing hooded medieval robes like alchemist monks we walked through dark subterranean cellars lit with candles. The vinegar is made from riesling grapes, and apparently a spoonful is good for the health but, I can tell you, it’s also pretty delicious. There were 160 different flavours of infused vinegars; the place was as fragrant as a perfumery.

At a cruise-organised wine tasting at Castle Vollrads in Rudesheim, we met an 80-year-old man, named Tom, and his 75-year-old wife, Betty, who had cycled there together from the boat. Tom stood taller than me and his handshake was firmer and he drank a full glass of every wine without even wobbling as he cycled back again. I asked him the secret to his vigour and he said it was three things: regularly swimming in cold water, taking Betty dancing whenever he could, and a third thing that he couldn’t mention in front of ladies. He winked and tapped his nose and I chuckled as though I knew what he was talking about.

In Strasbourg, while sitting on our balcony, I saw him swimming in the Rhine like a frisky young seal. Each night after dinner we had a cocktail in Le Grand Trianon lounge and watched Tom waltz Betty tirelessly around the floor; then we would all go up to the Leopard Bar and I would try to extract his third secret.

The cruise was like a long languorous dream, a sparkle of sunshine on water. I stood on deck as we sailed through the Rhine Gorge. On my right was a Gothic stone castle, right from a child’s fairy story, and vineyards running green up the hillsides. Up ahead was the Lorelei, a steep, slate rock where, legend has it, an auburn-haired siren sang a mournful song that lured sailors to destruction at her feet. As we approached Basel I sat on deck with my partner one last time.

‘Was it better than you feared?’ I asked her.

‘I’ve already booked to come back next year,’ she replied.