An African safari is high on most people’s bucket list but it’s often associated with travelling long distances. The good news is that 80km from Port Elizabeth in the Eastern Cape, a new five-star lodge has been launched. Inzolo is close enough for convenience yet offers an authentic African experience. 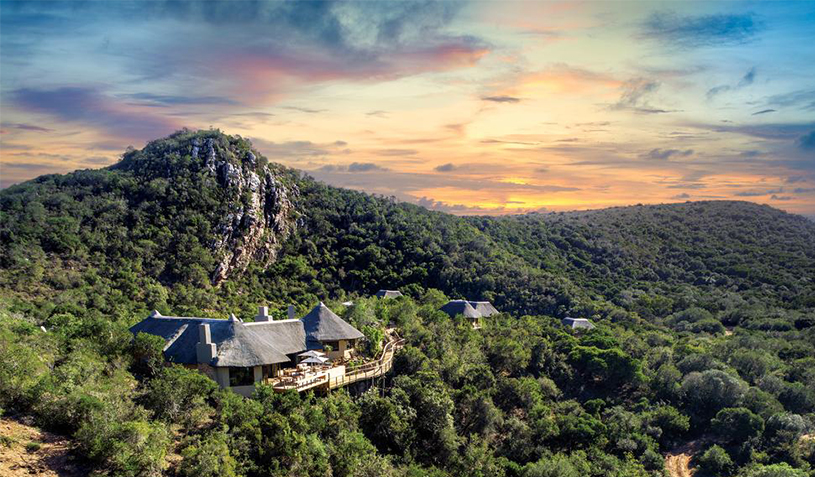 When you arrive at Inzolo Exclusive Game Lodge you can’t but be mindful of the advice of well-known spiritualist Paul Brunton: ‘Let us accept the invitation, ever-open, from the stillness, taste its exquisite sweetness, and heed its silent instruction.’ There is a kind of hush over Inzolo that makes you be still and at one with the African bush.

Three years ago, businessmen Paul Lynch and David Hurr fell in love with the position of the original dwelling, which needed a makeover. Inzolo is set on 10 000ha, with access to a game reserve. Unlike reserves further north, the area boasts five biomes – forest, grasses, renosterveld and two types of fynbos. It is enough to attract a smorgasbord of wildlife and, of course, the Big Five.

Lynch and Hurr had the vision to create a small exclusive lodge, where guests could ‘truly capture the feel of a day in the African bush’. It was an ambitious project but they had the foresight to bring in Artichoke, an interior design company known the world over for its exquisite designs of lodge interiors. The result is breath-taking – an East African influence mixed with modern design to create a bespoke African elegance that retains the warmth and comfort of home. ‘That is what we are trying to create,’ says Lynch. ‘We have four chalets so
it is a small and personalised experience for guests.’ 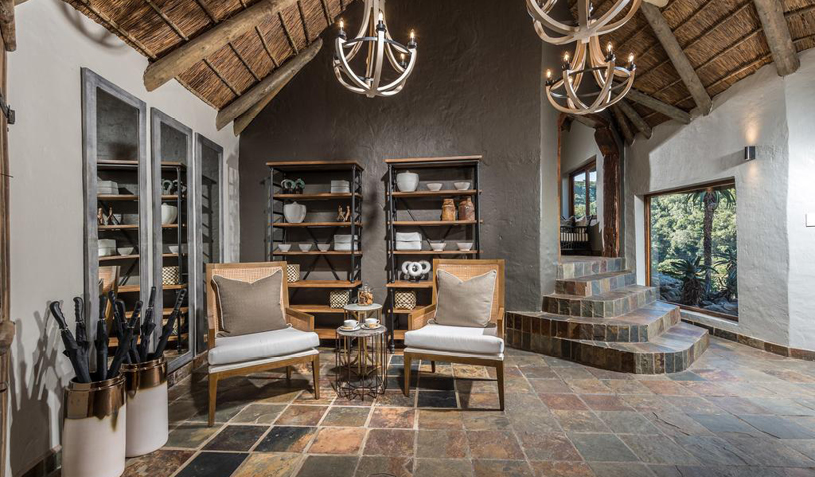 The chalets are perched on the edge of a cliff, rather like a beautifully appointed eagle’s eyrie, from where you have a view of the valley and the waterhole below. Sheer cliffs with inaccessible caves whisper of the padded paws of a leopard safely surveying the undulating hills and valleys for potential prey. Perhaps they, too, are just languidly enjoying the view…

Usually the elephants come down the steep slope to slurp up the 20 litres of water they drink at a time, or to cover themselves with mud to cool their skins. Sometimes they simply play. A large tuskless female pauses, delicately picking off new leaves with her trunk. She was born without tusks in an astonishing last throw of the evolutionary dice to survive human cruelty. 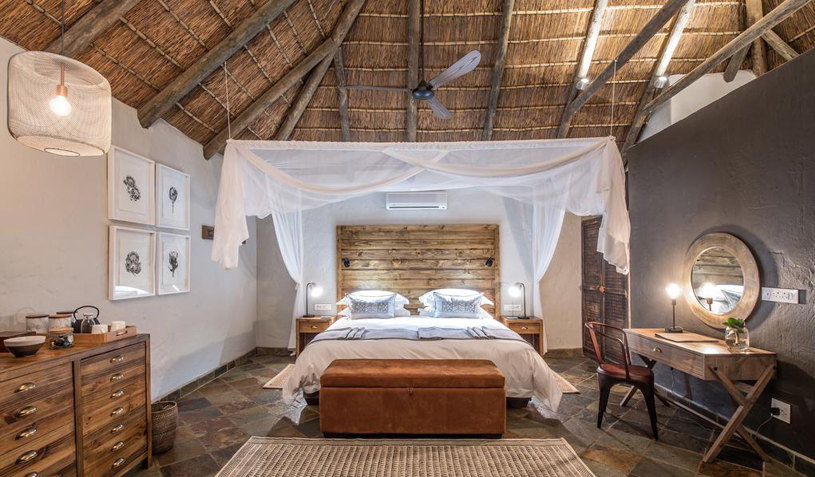 A nyala grazes peacefully next to the deck, stopping intermittently to look up, doe-eyed, leg raised and relaxed while the brightly coloured birds flit, without fear, from bush to bush. Their twittering are your wake-up call, while your lullaby as you fall asleep is the sound of the bush. There are more than 200 species of birds, including the bittern and marsh owl – enough to turn twitchers into a pretzel of happiness. A cosmopolitan collection of birds, including storks from Germany, swallows from Europe and the Amur falcon from Russia, also chooses this as their summer destination.

Whether you decide to go into the bush for a couple of hours or prefer a quick Ferrari safari, you are not going to be disappointed. We saw a herd of elephant gathered protectively around calves ranging from newly born to teenagers; the protected rhino with their ‘fitbits’ attached to their legs so that the Rhino Squad can keep a watchful eye over them; a lion and lioness deadbeat in the grass on the fifth day of ritual mating every 15 minutes; a large male giraffe silhouetted against the setting sun; and little warthogs trotting through the bush, the tufts of their erect tails waving like tiny flags showing the way through the often body-high grasses. 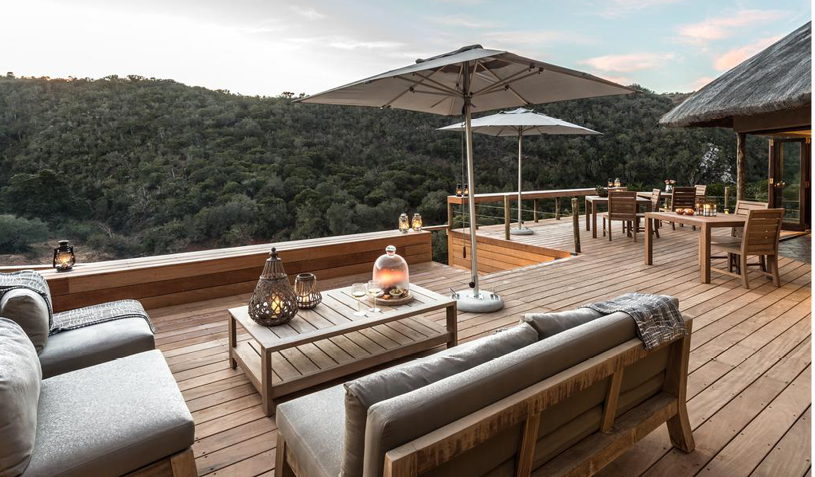 Inzolo enchants your senses and it is no different with your palate. Chef extraordinaire Sebastian Sibiya loves nothing more than taking rosemary and sage straight from the herb garden or preparing the fresh leafy spinach and kale from the vegetable patch. Guests are encouraged to wander through his veggie garden but should keep a sharp lookout for the watermelon-stealing elephant. Chef Sebastian also has a reputation for consommés, beautifully plated foods, home-made jams and magnificent high teas. It takes willpower not to eat everything in sight. For those who prefer photographing animals to eating them, vegetarians and vegans are easily catered for.

But Inzolo is not only pampered luxury. Lynch and Hurr, together with the team on the ground, are passionate about and committed to the conservation and sustainability of the land as well as supporting the local community. Hunting is verboten, of course, and the lodge has successfully launched two special conservation initiatives – the interactive buffalo-breeding project and the protected enclave in which the Cape mountain zebra can breed.

If conservation is truly a harmony between man and bush, then Inzolo is an African symphony.

This article was written by Kathy Malherbe.