To paraphrase a classic, it has, without a doubt, been the worst of times, but as we head further into 2022, South Africa’s food and wine industry has much to celebrate. 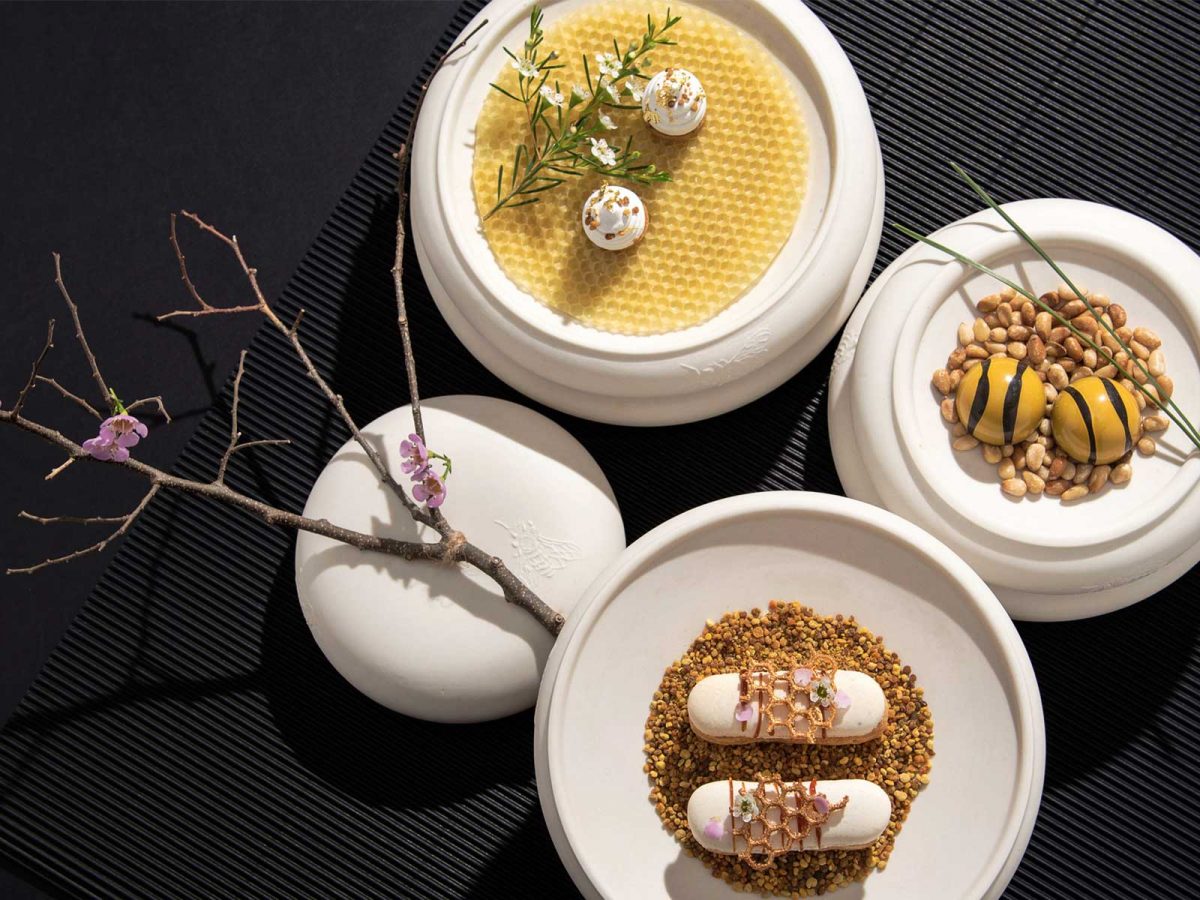 This past year South African restaurants ranked among the best in the world; and an impressive tally of 10 vineyards from the Western Cape made their global mark. In the past, these accolades would have been almost unimaginable but they offer much hope to one of the worst-hit industries in the country.

The pocket-sized West Coast restaurant Wolfgat, which leapt into public consciousness in February 2019 when it was voted Best Restaurant in the World at The World Restaurant Awards in Paris, achieved the 50th spot in The World’s 50 Best Restaurants in 2021.

Situated in a 130-year-old revamped cottage in Paternoster, Wolfgat accommodates just 20 guests at a time, is known for its ‘forager’ chef, and has gone on to win the hearts of everyone who visits.

‘What an incredible honour for Wolfgat to be included in this iconic list,’ said chef Kobus van der Merwe. ‘All our heroes – local and international chefs and restaurants we admire and look up to – are featured here, so it seems quite surreal and undeserved that we should be ranked amongst them. We are honoured to be selected, and proud to represent South Africa, and Paternoster in particular, on the global food stage.’

Menus are seasonal, naturally, and presented in a seven- course tasting spread featuring sustainable seafood, local lamb and venison, and seasonal veldkos, enhanced by wild herbs, seaweeds from the local rockpools, and pickings from the garden.

Joining Wolfgat in the world rankings of the prestigious World’s 50 Best Restaurants Extended List in 2021 are FYN at #92 and La Colombe at #81. Open for barely three years (about half of that time throttled by lockdown regulations), FYN’s inclusion marks the first new South African restaurant to make this list since Aubergine and Rust en Vrede in 2009. Chef Peter Tempelhoff, culinary director Ashley Moss and service and beverage director Jennifer Hugé have much to be proud of.

It is, says Tempelhoff, a unique, memorable and meaningful experience. To offer an immersive experience, to have staff that make you feel like you’re the only person in the room, to have ingredients that are unique and that haven’t been messed with too much, is the goal at FYN.

‘But dishes are still prepared in a way that the diner couldn’t do at home – you want the diner to feel happy that they came out and discovered a new ingredient, a phenomenal combination or an exciting texture. Guests don’t want over-complicated food, but they do want exquisitely and expertly cooked food, using exciting ingredients that tell a story,’ says Tempelhoff, who also owns beyond restaurant at Buitenverwachting wine estate in Constantia.

Unsurprisingly, La Colombe is no stranger to awards, locally and internationally. The experience here is next level: from the moment you are greeted at the front door by the gracefully dressed woman in high heels and perfectly styled hair, to the personal handwritten note on the table from chef James Gaag exhorting you to enjoy your visit; from the layers of surprises inside vessels carefully selected to enhance the experience, to – forgive me here – the restrooms filled with flowers picked from the mountainside and the sound of gentle birdsong. In French, la colombe means dove. Attention to detail is meticulous.

The food, of course, is nothing short of exceptional, creative and innovative; the service is sophisticated without being intimidating. The experience is similar to the other restaurants in the La Colombe group: La Petite Colombe, Protégé and Epice in Franschhoek, and Foxcroft in Constantia.

The Test Kitchen, which closed at the end of September 2021, made numerous appearances on The World’s 50 Best Restaurants under the captaincy of Luke Dale Roberts. The space at the Old Biscuit Mill in Salt River has been reimagined for Luke and Sandalene Dale Roberts’ mentorship and training project, TTK Fledgelings, after it moved from its previous home in the old Shortmarket Club.

The Shortmarket Club is the name now given to Luke’s latest venture in Oxford Park, a new precinct in Rosebank, Johannesburg. ‘It’s an a la carte restaurant serving everything from global cuisine to the perfect Wagyu steak to beautiful oysters… It’s somewhere in between a classic brasserie and upmarket dining,’ Dale Roberts explains.

He has been wanting to do something in the City of Gold for some time, and several people who’ve worked with him for a long time were keen to make the move from the Mother City, including head chef Taryn Smith. A connection was established with business partner Heinz Rynners, who facilitated the premises. ‘And we brought the expertise,’ says Dale Roberts, who is splitting his time between Cape Town-based TTK Fledgelings and his new venture in Joburg.

Nice in France might be out of reach for some of us, but South Africa’s Michelin-starred darling, Jan Hendrik van der Westhuizen, has something a tad more accessible: Restaurant Klein JAN at Tswalu Kalahari.

Three years of research into the culinary traditions and ingredients of the cultures and communities that call the Kalahari home, formed Van der Westhuizen’s ‘great homecoming project, an opportunity to tell some of the stories of the Northern Cape region on every plate’. ‘I felt an instant connection to the vastness of the Kalahari and knew the time had come to open my first restaurant on home soil and to elevate the unsung heroes of the Northern Cape and their superior produce and products,’ he says.

‘Opening Klein JAN at Tswalu, rather than in South Africa’s foodie capital of Cape Town, added authenticity and sustain-ability clout to the venture, echoing the importance of local expression, provenance and procurement that my team and I have nurtured at JAN.’
The menu is inspired by the region’s underexplored ingredients, including those from boutique, family-owned wineries and distilleries, and gathered recipes – many handed down through generations by word of mouth – embracing the diversity of the desert.

From the best restaurants to the best vineyard in Africa: Creation Wines in the Hemel-en-Aarde Valley near Hermanus was rewarded for its consistent excellence by being voted number 10 in the world and best on the African continent in 2021’s World’s Best Vineyards.

The farm ticks all the boxes: the location is picturesque and the tasting room takes full advantage of that with its views, while a small outdoor area accommodates summer visitors. The wines are elegant, in ranges to suit pockets and palates, with gold stick- ers galore, and the food pairings are legendary, with seasonal and special-occasion tasting menus. Dishes and small plates can be ordered individually, brunch is leisurely, and local suppliers and ingredients are heroed. Throw in a romantic accommodation option for two, and rambling vineyard walks, and you might never leave.