Boxing world champion, Anthony Joshua, has been spending time with another newly-crowned British champ, the Jaguar F-PACE, after it was named Car of the Year 2016 by Auto Express. The F-PACE was also awarded Compact SUV of the Year by the team at Auto Express, the UK’s biggest-selling motoring weekly magazine. 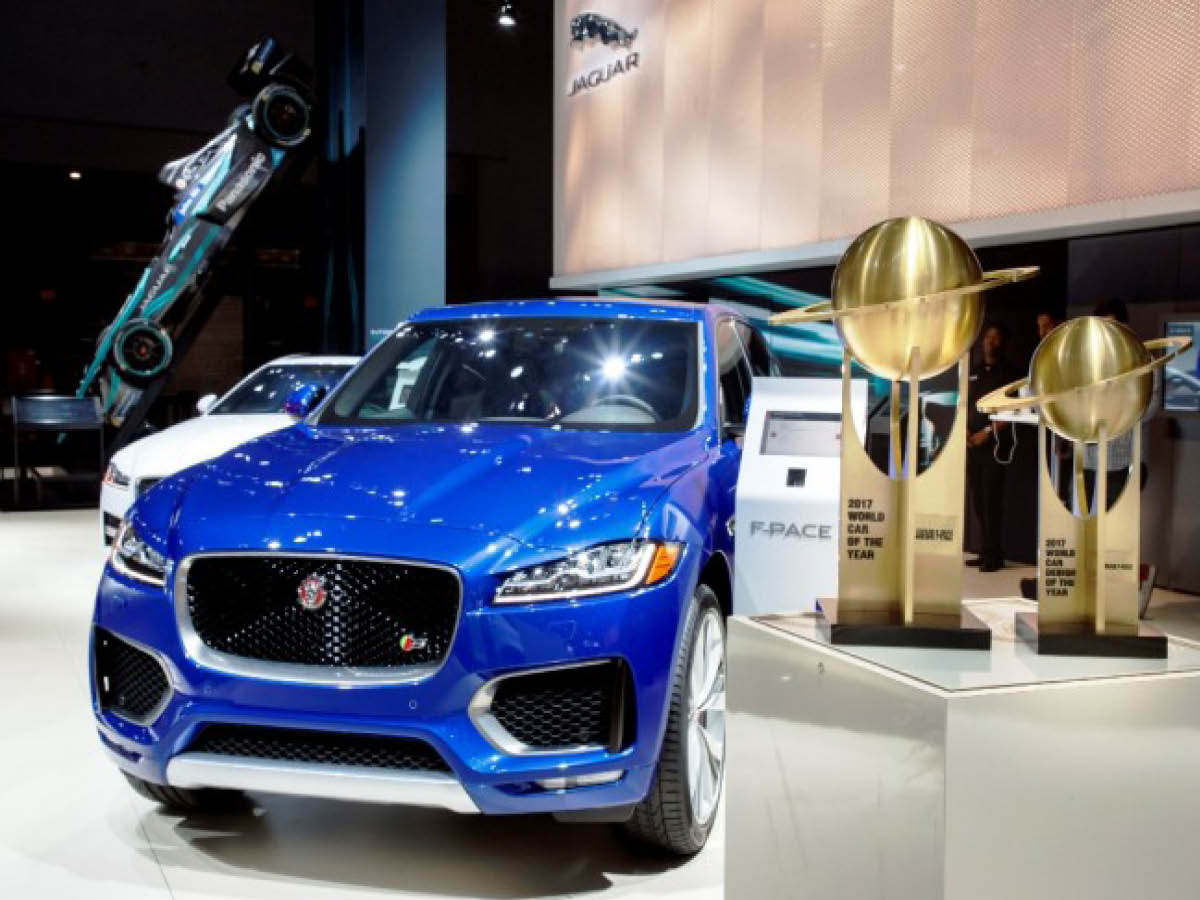 “I have a Jaguar XJR at the moment but after the team showed me around the F-PACE I might make a change! I love the way it looks but for me the additional space is the key element, especially with all the kit I have to transport. The Activity Key wristband is a great idea, too; I’m always switching bags and changing gear for training so being able to not worry about where my car keys are would be so helpful. Congratulations to the team on the Car of the Year title; I love seeing Brits taking on the world and coming out on top.”

The Auto Express Car of the Year award is the latest major success in an incredible launch for Jaguar’s first ever SUV, which immediately became the brand’s fastest ever selling model.

“The response to F-PACE around the world has been absolutely sensational, both in terms of critical acclaim and sales, and for it to be named Car of the Year by the UK’s biggest-selling weekly motoring magazine is a real honour. The team behind F-PACE was set on creating a car that was more desirable, great to drive, and better value than anything else in its class – we didn’t want to just be a part of the performance SUV market, we wanted to own it. This award is the proof that we’ve succeeded, and we intend to carry this momentum into all our future products.”

The F-PACE uses Jaguar’s Aluminium Lightweight Architecture to create a light, stiff body structure, allowing for great performance and emissions across the range. A rear-wheel-drive 180PS diesel F-PACE emits just 129g/km, while the 380PS supercharged V6 model is capable of 0-60mph in 5.1 seconds. With chassis technology developed for the F-TYPE, the F-PACE is the sports car that all others look up to, starting from £35,020.

The F-PACE comes with a selection of high-tech equipment, too, including the Activity Key; a wristband that allows owners to leave their traditional key inside the car if they’ll be taking part in activities like swimming or running. There’s also a wi-fi hotspot in the car, allowing eight separate devices to connect, and an InControl app, which lets owners remotely access functions on the F-PACE, like pre-heating, checking the fuel status or even location.

“Jaguar last won our overall Car of the Year award in 2008, with the XF – a car that heralded a forthcoming range of excellent Jaguar models. With the F-PACE you get the sense that Jaguar is on a roll again; the XE, XJ, all-new XF and F-TYPE are all world-class models. But it’s the F-PACE that really stands out for us – it’s a worthy winner of our 2016 Car of the Year title.

Ian Callum, Jaguar Design Director, and the man who styled both the F-PACE and XE, said:

“What an incredible evening for us; we’ve got two cars competing in the most highly sought-after categories and not only have we won them both, but F-PACE is Car of the Year, too. As ever, I’m amazed and proud by what the Jaguar team is capable of.”