Awaken your senses at the Nasikia luxury camp

There are few better ways to experience the splendour of the Serengeti than with a visit to Nasikia luxury camp. 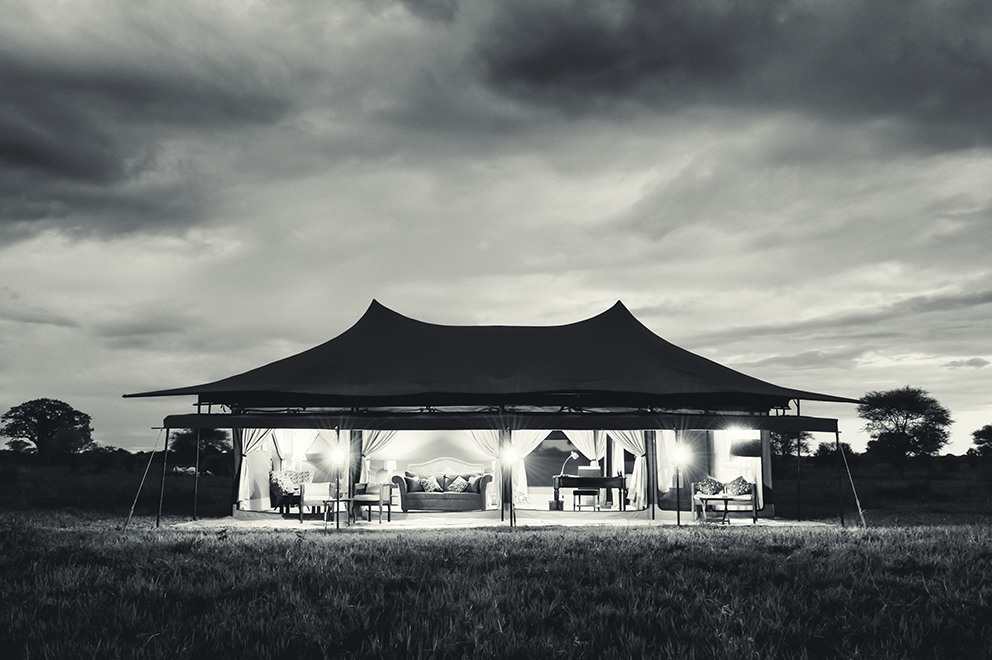 It was 25 million years ago that Mother Nature heaved capriciously. This tore apart the earth’s crust, creating a jagged rift along Eastern Africa. Massive chunks of earth and rock sank between parallel fault lines, flanked by the rift mountains.

The Serengeti was born. Then, a million years ago, her Ngorongoro volcanoes spewed out mineral-rich lava, nourishing the granite landscape so that, after the rains, the plains are awash with short, sweet grass. For this reason the Serengeti is the most famous wildlife habitat in the world.

People believe humanity was born in the Great Rift Valley, hard-wired into our DNA. This is perhaps one of the reasons why Australian nursing sister Donna Duggan, after doing voluntary work in Tanzania, made it her home. The other was meeting Naseeb, who at the time was selling leather shoes and selling them in his little shop. The attraction was instant. So was the idea of starting a feasible business together.

The rest is a tale of two charismatic entrepreneurs. ‘Visionaries build what dreamers imagined. We started with one battered Land Rover,’ she says of the beginning of Maasai Wanderings, a destination management company that handles the logistics of travel. They soon realised that referring travellers to other camps was not going to grow their business.  So, the first of Nasikia Camps opened in 2008. The dream was to create an authentic camping experience. They wanted guests to feel at one with the bush, while still being comfortable and pampered. The duo’s luxury mobile camps were followed by the first permanent camps with en-suite bathrooms in 2015. They show their determination and passion through an entirely self-funded business with five gorgeous camps.

The newest camp, Ehlane Plains – ehlane means ‘wilderness’ in Zulu – is a worthy memorial to a man who persevered to find the ideal place to ‘hear’ and ‘feel’ the bush. Tragedy struck before Nas could see Ehlane Plains finished: he was one of 11 people who lost their lives on 15 November 2017, when a Cessna aircraft crashed above the Ngorongoro Conservation Area in northern Tanzania. 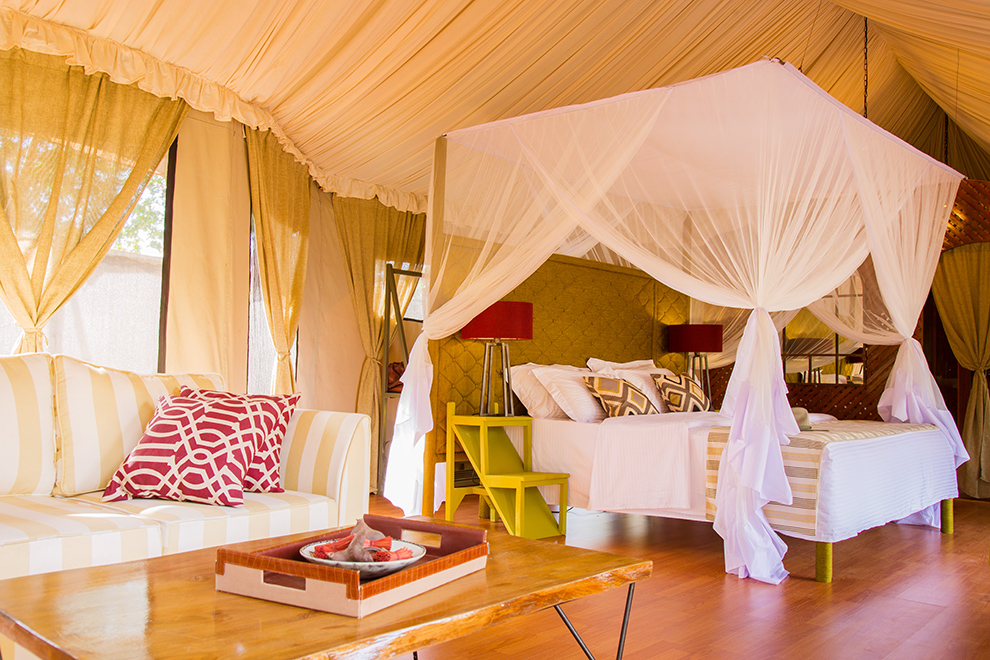 A luxury camp as a sensory adventure

After flying with Air Excel to Seronera airport, you travel by road to Ehlane Plains. The camp is unobtrusive, and so much part of the bush. It’s not until you are almost upon it that you see it. We were the first guests at the new development, so it was a bittersweet moment to step through the door into the magnificent realisation of Nas’s dream.

‘I don’t know what we would have done without Charles Mwanisawa, the Nasikia Camps operations manager,’ Donna says. ‘After the accident, he kept morale up within a very emotional team during the construction of Ehlane Plains. He is a well-respected leader and pivotal to me in fulfilling Nas’s vision.’As is guide extraordinaire Johann Lombard, who heads up Camp Development. He says, ‘Nas chose the site for Ehlane Plains because it is in the Soit le Motonyi area, which had been closed for 22 years for cheetah conservation. He bought into the idea of minimum impact on the environment, which is monitored by very strict codes managing the footprint.’

Ehlane Plains is a destination in itself. A day spent in the camp, enjoying the hospitality of the affable and gracious staff and the magnificent food created by the diminutive gourmet chef, Khalid, is a chance to absorb the African bush and just be still. That’s not to say the game drives aren’t magnificent. Lombard, conservationist and teacher, guides visitors across the plains sprinkled with koppies, and the occasional umbrella tree.

Two female lions with their cubs, replete after feeding on a freshly killed wildebeest; a satiated cub, its pot belly scuppering all chances of balancing on a branch, eventually gives up and lies paws up, with the sun on its distended tummy. Predators in the Serengeti experience a life of Riley, all thanks to a 1959 declaration of the area as a conservation. A topi antelope with a striking reddish-brown to purplish-red coat, glossy in the bright sunlight, poses on his catwalk – a termite mound.

It’s clear why the Maasai call this stance bugamina (‘look at me’). In the river, a large, smooth boulder of a hippo suddenly immerses itself and reappears beady-eyed. A leopard melts into the bush as the sun drops off the horizon abruptly. In the African bush this doesn’t signal the end of the day but the start of a 12-hour night shift. The bush now comes alive with the stirring of the nocturnal hunters, the vigilance of their prey, and the cycle of life. Nas’s vision is complete. You hear, you feel. 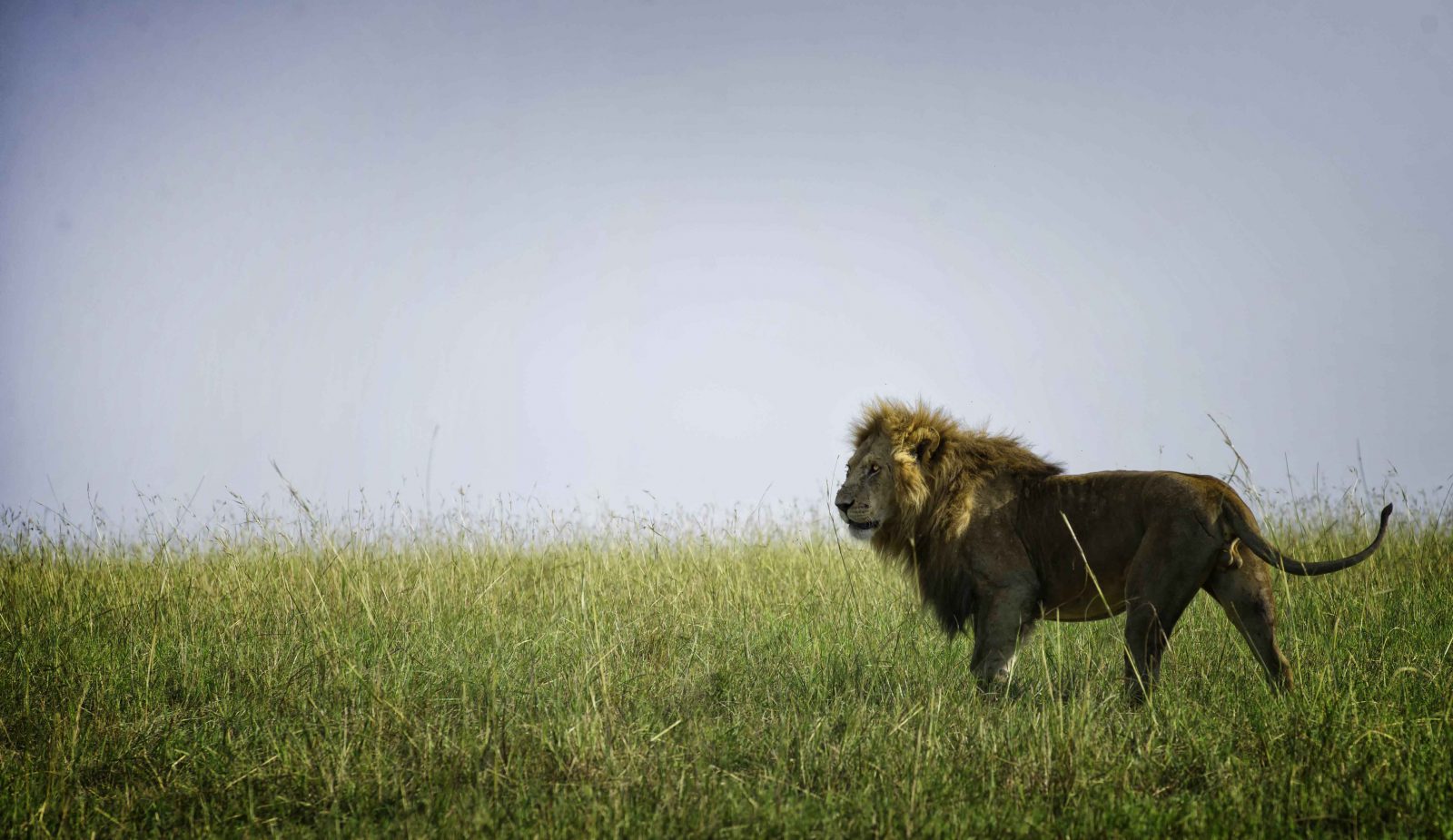 Africa as a state of mind

What the couple had in mind with these ventures encompasses not only wildlife experiences but also creating job opportunities for locals. The company employs over 200 locals, including some at Arusha. The tents are made there alongside an engineering, carpentry, and design workshop. Donna says it’s all about empowering and multi-skilling.

When you leave Africa, as the plane lifts, you feel that, more than leaving a continent, you are leaving a state of mind and part of your DNA. Whatever awaits you at the other end of your journey will be of a different order of existence. I’m reminded of the quote: ‘So Africa smiled a little when you left. We are in you, Africa said, you have not left us yet.’

Donna’s philanthropy both at the schools in the area and in the camps is woven with warmth and caring.It is not surprising that the locals refer to her affectionately as ‘Mama’. If your legacy is how many hearts you touch, the difference Nas and Donna have made and keep making is immense.

The trip was made possible by Nasikia Camps and Maasai Wanderings, Air Excel, and Arusha Coffee Lodge by Elewana Collection. To find out more visit nasikiacamps.com or email andrew@tourismcorp.co.za.

This article originally appeared in Issue 39 of Private Edition. It has been edited for online use.