Despite lacking the tourist draw cards of her continental counterparts, Madrid offers myriad delights – from art and streetwise charm to walkways, culture, music and congenial bars. 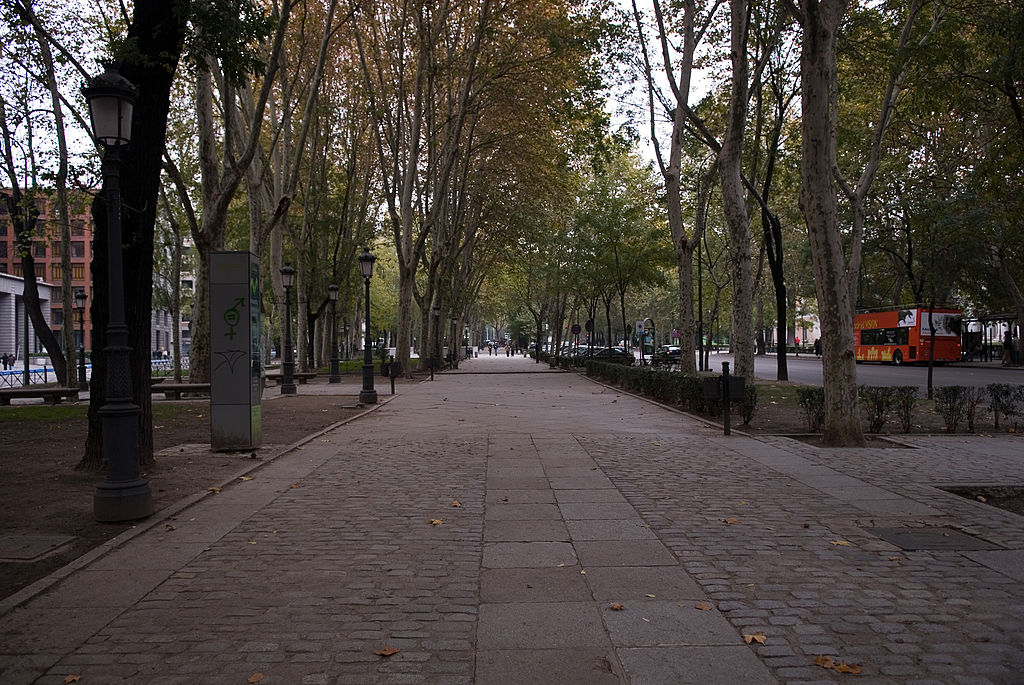 Art matters to Madrileños. In 1990 an exhibition of Diego Velázquez paintings at the Prado Museum in Madrid drew half a million visitors, who rioted when the museum tried to kick them out and close up for the night. The police had to be called in to clear away the mob; by midnight there was still a throng at the doors chanting, ‘Let us in!’

Just a couple of blocks away – a short stroll down Paseo del Prado with the Botanical Gardens on your left – is the Centro de Arte Reina Sofía, a gorgeously converted, glass-extended 18th-century hospital. Room 6 on the second floor is a narrow rectangular gallery dedicated to Pablo Picasso’s Guernica, one of the Big Five of the world’s artworks. Like the Mona Lisa, tourists from around the world track it down to tick it off – but unlike the Mona Lisa, it’s bigger than you’d expect and less of a letdown.

I went at 8pm on a Thursday night to avoid the crowds, well prepared with a bellyful of fine rioja and giant green olives, squares of crispy roasted pork belly tapas and glasses of cold dry vermouth from a bar on the Calle Cava Baja, where the barman cast his eye around a joint jam-packed shoulder-to-shoulder with laughing, chattering, beautiful Madrileños and said, ‘It’s very quiet now. It will be more busy tonight. You come back at midnight.’

Guernica is massive and muscular and as impressive as I’d hoped, but something bothered me: instead of hanging on the smaller end wall, where it would be the focus of attention and you’d be funnelled towards it as though down a long white tunnel, it’s on one of the long, bare side walls, almost lost in all that empty white space. You come up the stairs and through the door and it’s just there, slap-bang in front of you: there’s no theatre to it and it’s not very photogenic.

It’s exactly unlike Goya’s sequence of ‘Black Paintings’ in the Prado, where the pictures he made as a distressed old man with fading eyesight seem to have been arranged in an ascending order of spookiness and alienated weirdness, so that as you move along you’re drawn ever deeper into a disturbing, intimate, improper place, culminating in the final Kurtzian horror of Saturn Devouring His Sons. But the more I thought about Guernica on the wrong wall, the more it seemed to me to be perfectly appropriate to Madrid.

Madrid isn’t your typical European tourist city. Outside of the galleries there’s no essential historical district, no must-see sights, no fixed tourist itinerary. The Manzanares River is shallow and unspectacular; the wide porticoed Plaza Mayor is lovely but emotionally vacant; the Royal Palace is pleasant enough but two months later you won’t be able to pick it out of a line-up. There’s no Big Ben or Eiffel Tower or Dubrovnik Walls – none of the overly familiar checklist sights that exist to give tourists the soothing sense of having seen something. Madrid is lovely but her deepest pleasures aren’t curated and can’t be photographed: they’re randomly, unintentionally lived.

Madrid is less about art and architecture and more about experience. Madrid is busy streets and perfect bars and passionate conversations; it’s watching an elderly couple kissing in Retiro Park or sharing a chocolaty churro sitting on a doorstep watching a street performer; it’s sitting at a zinc table in the orange Spanish sunshine in a flagstoned plaza, eating cured manchego cheese and chorizo while you sip chilled dry sherry decanted from a barrel; it’s the way a young couple at the next table in a restaurant in Los Austrias volunteered to take me to a flamenco club and we got lost but no one minded and we ended up celebrating with a newly married gay couple and demonstrating bullfighting techniques outside a vermouth bar in Chueca at 2am, everyone taking turns to be the bull.

Madrid is odd and unquantifiable and unclichéd, with its tidal ebbs and flows of energy, its siestas and spikes and surges. I love how its streets are filled with families and young children until all hours, how everyone drinks and no one seems too drunk, how I sat reading Hemingway in a bar on the Plaza Santa Ana and looked up to see a photo on the wall of Hemingway at that very table, his beard bristling happily. Madrid is about its own rhythms, its oddities down side alleys, pigeons flying through medieval arches, paintings hung on the wrong wall.