The restoration and resurrection of New Orleans

Hurricane Katrina all but destroyed New Orleans but, true to its jazz and blues roots, the city nurtured those who loved and lived there, working its fall into a triumph. 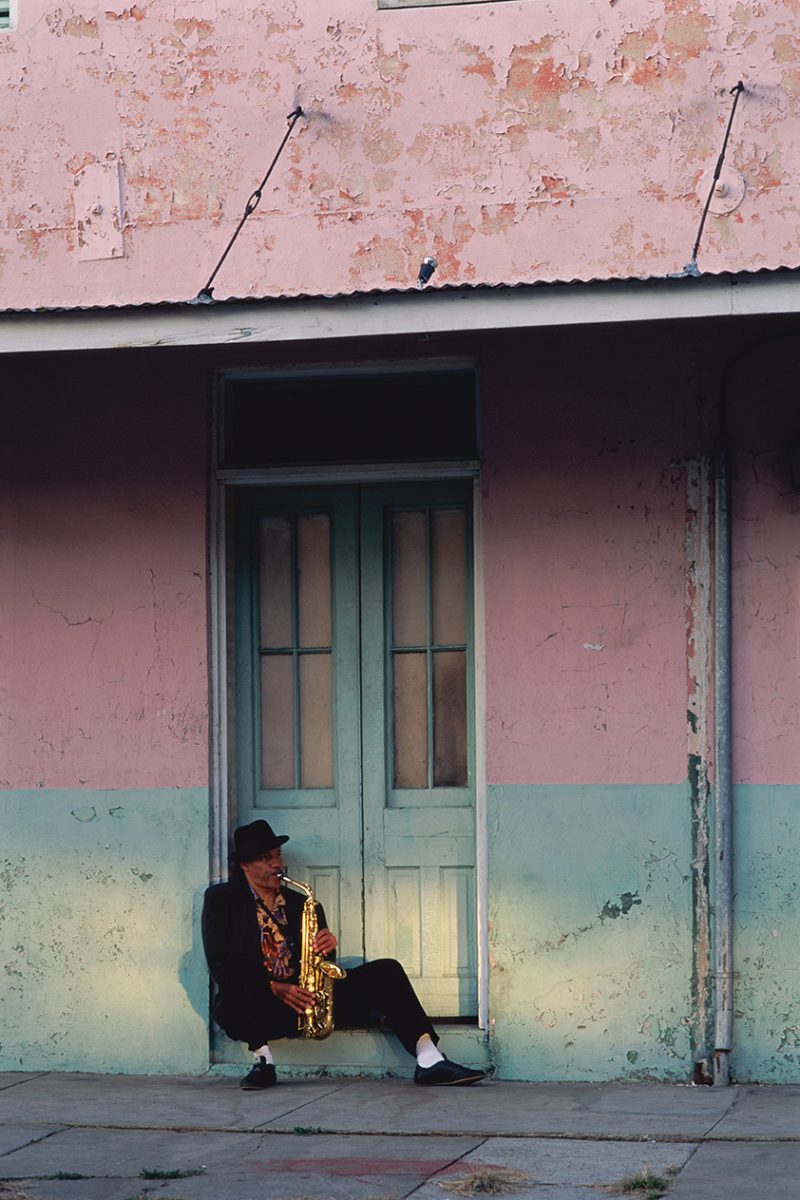 New Orleans celebrated its tricentennial this year with one of the biggest carnivals ever. The mayor called it ‘the biggest comeback story in American history’. Rising like a phoenix from the flood, this historic city was painstakingly restored home by home, block by block, parish by parish, levee by levee, after Hurricane Katrina destroyed everything in its path in 2005.

The tourists are back. It’s playtime as usual in the French Quarter, the heart of the city where a symphony of hot blues, jazz and zydeco spills onto Bourbon Street from the bars, clubs and cafés that all serve a super-sized signature hurricane cocktail. This most exotic of destinations – a potpourri of Spanish, French, African, Caribbean, American, Creole and Cajun culture – is the birthplace of jazz and the blues, the home of giants like Louis Armstrong, Joe ‘King’ Oliver, Jelly Roll Morton and Fats Domino. After Katrina, the Jazz Foundation of America replaced thousands of lost instruments.

The city known affectionately to locals as Nola (for New Orleans, Louisiana) has come back from the brink after years of painstaking restoration. In New Orleans even the departed are laid to rest above ground to keep the high water levels from raising the dead. The grand tombs and crypts are a ghoulish tourist attraction and a heady mix of Catholic and voodoo traditions.

More than a decade on, Katrina still casts a long shadow over the city. If you look closely, the worst natural disaster in the history of the US has left her indelible mark much like the distinct high-water line still visible on the sides of many walls. On a ‘misery tour’ to the Lower 9th Ward, tourists visit the massive concrete levee breached by a runaway barge when Hurricane Katrina hit land here on 29 August 2005. Streets and highways were deep underwater as winds, rain and flood waves surged through New Orleans, breaching more than 50 levees and floodwalls.

In the worst-hit Lower 9th, where 1 000 residents died and 4 000 homes were destroyed, broken steps lead to cracked foundations and dilapidated, boarded-up shotgun shacks in overgrown lots. Many of the 800 000 displaced inhabitants never came back. Yet most of the wrecked districts were slowly rebuilt. Eco-friendly, elevated ‘flood-proof’ homes were designed for residents of the Lower 9th by a handful of the world’s top architects who supported actor Brad Pitt’s ‘Make it Right’ campaign to restore the city. An exhibition on one of the abandoned blocks documents the construction of these designer homes in one of the poorest neighbourhoods of the city, leading – ironically – to the gentrification of the district.

In this waterscape, the river has always run through everyone’s lives. A century ago, the steamboat captains of the Mississippi, legends like Mark Twain, lived here on the banks in heritage houses still crowned by pilot cabins. On eponymous Flood Street, a resident walks the dogs she rescued from the floodwaters of Hurricane Katrina.

The bright-yellow façade of the home of Fats Domino, the piano laureate of New Orleans, is another landmark in the Lower 9th. Rescued by helicopter from his home, the 89-year-old is a musical legend, symbolising the indestructible spirit of the city.

The Orpheum, a magnificent vaudeville theatre built in 1918, was flooded badly in 2005. It is a landmark and key point of call on any journey through Nola, and was reopened to mark the rebirth of the city on the 10th anniversary of the disaster. Exquisitely restored, from the Art Nouveau mosaics to the wedding-cake stucco of the galleries, this gilded stage is home to the Louisiana Philharmonic Orchestra today.

Chris Rose, an award-winning journalist from New Orleans, wrote 1 Dead in Attic and won a Pulitzer Prize for his coverage of Hurricane Katrina for The Times-Picayune. Now he conducts walking tours. ‘We all stayed after Katrina, seven reporters on an island of denial,’ he says. ‘We all got Pulitzers. We wrote about trying to survive under the most unbelievable conditions. I lost everything to Katrina: my home, my job, my marriage, my sanity. Yeah, let me show you the home of the blues.’