Solar powered around the world 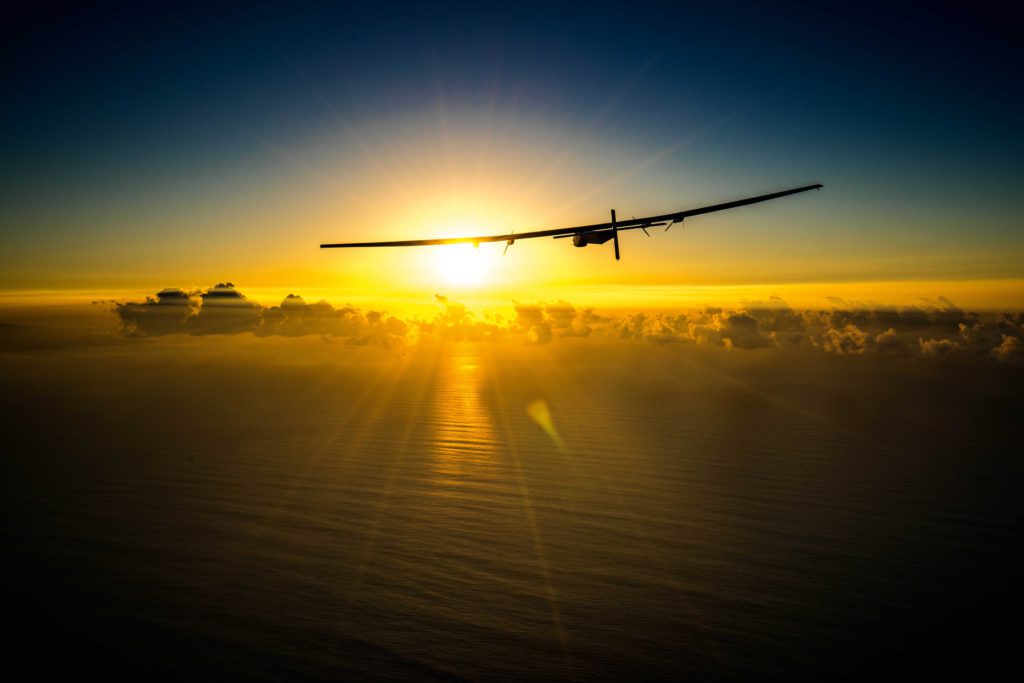 It’s a generational legacy that has made some people wonder about the existence of an exploration gene, but the Piccards of Switzerland attribute their insatiable quest for adventure to ‘curiosity-based education, a drive to understand how the world works, respect for nature, and confidence in technological solutions for improving human beings’ quality of life’.

Following in the footsteps of his forefathers who focused their explorations on the stratosphere and the ocean depths, Bertrand Piccard says, ‘What we need is to have more pioneers in the world, more people who take challenges, even if they’re difficult, and who use perseverance, teamwork, passion and innovation to make a better world.’

During the final leg of his record-breaking circumnavigation of the globe, recordings of interviews with the renowned aviator and balloonist, doctor and psychiatrist, reveal some insights into this epic adventure in Solar Impulse. ‘There is so much to tell – 13 years with the team, the engineers, fundraising, political support, hope, disappointment, frustration, elation, all the work with André…’ It’s been 17 years between the landing of the Breitling Orbiter 3, which marked the end of the first nonstop round-the-world balloon flight by Piccard, and the takeoff of the Solar Impulse.

The 600kg lithium batteries, recharged daily by 270m2 of photovoltaic cells, meant that the 1 600kg electric-solar-powered aircraft with a wingspan of 64m could continue through the night. But the resultant low speed (on average 70km/h) and high sensitivity to turbulence meant that Piccard and fellow pilot André Borschberg took turns in front of the banks of highly sophisticated controls. The inventory? Not much besides oxygen, ‘because we fly up to 28 000ft’; reserves of warm clothing; food packs; and personal photographs. ‘You can recline the seat, like a bed, but sleeping is limited to 20 minutes at a time – so you can check weather, altitude, speed and trajectory in between,’ says Piccard. And that unspoken question that he answers before it’s asked? The toilet is just below the seat.

On 26 July 2016, he and Borschberg celebrated with their supporters, their families and their team at mission control in Monaco as they notched up another first – not only for aviation, but also for energy, with the culmination of their round-the-world flight on solar power.

All to demonstrate the efficiency of new clean technologies in conserving our planet’s natural resources. And they did it from a ‘coffin-sized cockpit’ across 43 000km over a total of 23 days, breaking world records as they flew. ‘If a plane can fly a day and a night without fuel, of course the world can be much cleaner,’ says Piccard. ‘We might not all be able to fly a solar airplane, but we can use clean technologies to solve climate change and pollution issues on Earth.’

By 22 April 2016, 171 countries had signed the Paris Agreement on Climate Change, South Africa included. Just over two months later, Solar Impulse touched down in Abu Dhabi, chosen as the start and end point because of its climate, infrastructure and commitment to clean technologies.

‘My vision of the future is not a “green” vision but a “clean” vision. It will be easier to protect the environment with a broader use of modern clean technologies, than by fighting against societal trends in mobility, comfort and growth. Solar Impulse is the ambassador of this vision,’ says Piccard.