Spirit of the Wild Coast 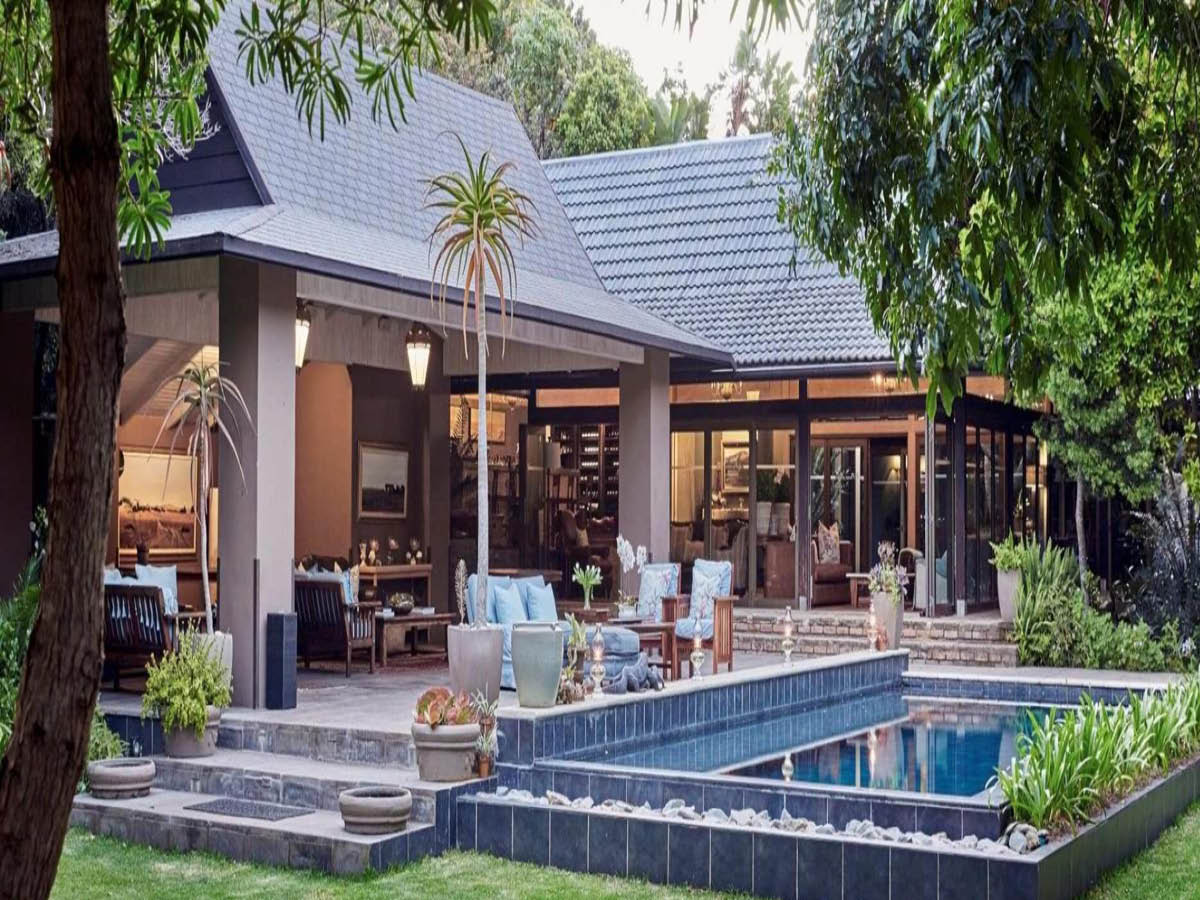 As a bank manager’s teen daughter I was less than thrilled about my father’s intercity transfers that aided his career trajectory, but his coastal placements provided us all with wonderful opportunities to explore South Africa’s Wild Coast. Holidays for our family in the ’70s and ’80s meant long walks on the beach, reading, collecting shells and rock fishing off often-deserted beaches on either side of the Kei River. An invitation to revisit the area was irresistible, this time at an award-winning luxury retreat, Prana Lodge, in Chintsa East, less than an hour’s drive from East London Airport.

For 30 years this stretch of land featured only the beach cottage of owners Gail and Tim Davidson of Johannesburg, who realised the benefits of recharging their batteries there by returning as often as their business pursuits would allow. When Tim turned 60, they decided to make it their home base and create a small development for guests seeking similar levels of rejuvenation. ‘Tim, who has a legal and financial background, suddenly discovered his creative side and designed the lodge himself,’ says Gail. With the help of local labour, they carved out space for seven expansive suites, a pool, kitchen and public dining area, producing an Afro-Asian ‘private haven’ offering ‘ultimate relaxation’, ‘highly personalised service’ and ‘exceptional cuisine’.

Prana is the Sanskrit word for life force, and the energy at the lodge is indeed palpable. ‘Triathletes come to unwind, managers come for team building, couples come for romance. The most unusual booking we’ve had was a crowd of Russians who arrived in three helicopters,’ Gail says. ‘And we had a 60th-anniversary stay that was ostensibly better than [the couple’s] honeymoon!’

As the members of our small group trail to our suites, individually decorated to reflect their gemstone names, we are warned to keep outward-leading doors closed to the resident vervet monkeys. Still, they nearly get the better of my rapidly dissolving focus as they dangle inquisitively over the edge of the outdoor parasol, peering in to assess the dash to the tempting fruit display.

It’s not long before the transformation the Davidsons had initiated begins to impress. ‘There are very few areas left in the dune forest where you’re permitted to have a development, so we’ve been very focused on preserving and regenerating the natural bush,’ says Gail. In addition, locals who had proved themselves during the building phase were offered further training at the bar and front of house, and in the kitchen and laundry. Young interns from the South African Butler Academy work here to rack up practical experience.

They have an exemplary role model in Gail. Her uncompromising attention to detail is evidenced in every aspect of the resort, from the high standard of service to the relaxed chic of the decor. Her careful mix of family silverware, Persian carpets, artwork and antiques adds a uniquely personal touch, and pretty posies of fresh flowers from the garden add a flourish to tables and plates alike.

Because Prana Lodge is tucked away in the bush, it is relatively sheltered from the prevailing winds. The Indian Ocean coastline is not immediately evident and it is only the next morning that I’m able to find my way to the sea. The monkeys idly watch my progress at intervals along the wooden pathway and then, suddenly, there it is: that endless stretch of white sand that I remembered so well. With only a moment’s hesitation, I fill my lungs with salty air, kick off my shoes and run down the sand dune like a child.

Prana Lodge makes it easy to let go, whether you’re indulging in an authentic Thai spa treatment, tracing the water-wise labyrinth near the organic herb garden or heat-soaking at the pool. Combine that with the chefs’ cheerful determination to meet every culinary and health challenge posed to them and, yes, you may let go – but you won’t want to leave.