Students of numerology say the number five symbolises change, freedom, and curiosity. One automobile afficionado can relate – his choice of the big 5 of motoring reflect all these and more. 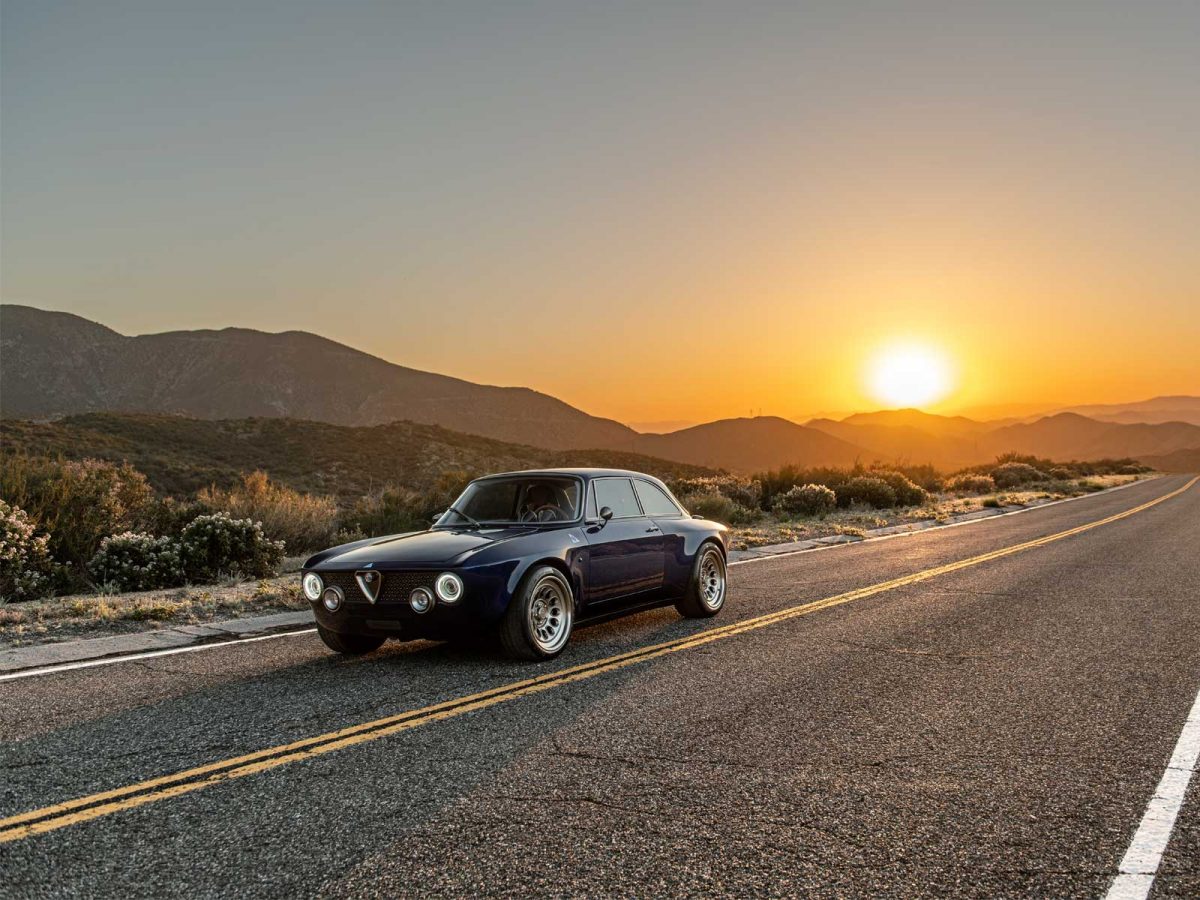 In the world of luxury automobiles there are five cars, representing R558 million worth of extravagant mobility, that charge the senses at every turn, starting with the Gordon Murray Automotive Type 50. A culmination of Murray’s McLaren F1 experience and an obsessive attention to detail renders this car otherworldly. Not because its headline stats are world-beating, but rather for its delivery of an immersive driving experience. At the forefront is its 12 100rpm red line and 6-speed manual transmission that hits 352 km/h. More analogue than any of the current offerings, it weighs in at 986kg. 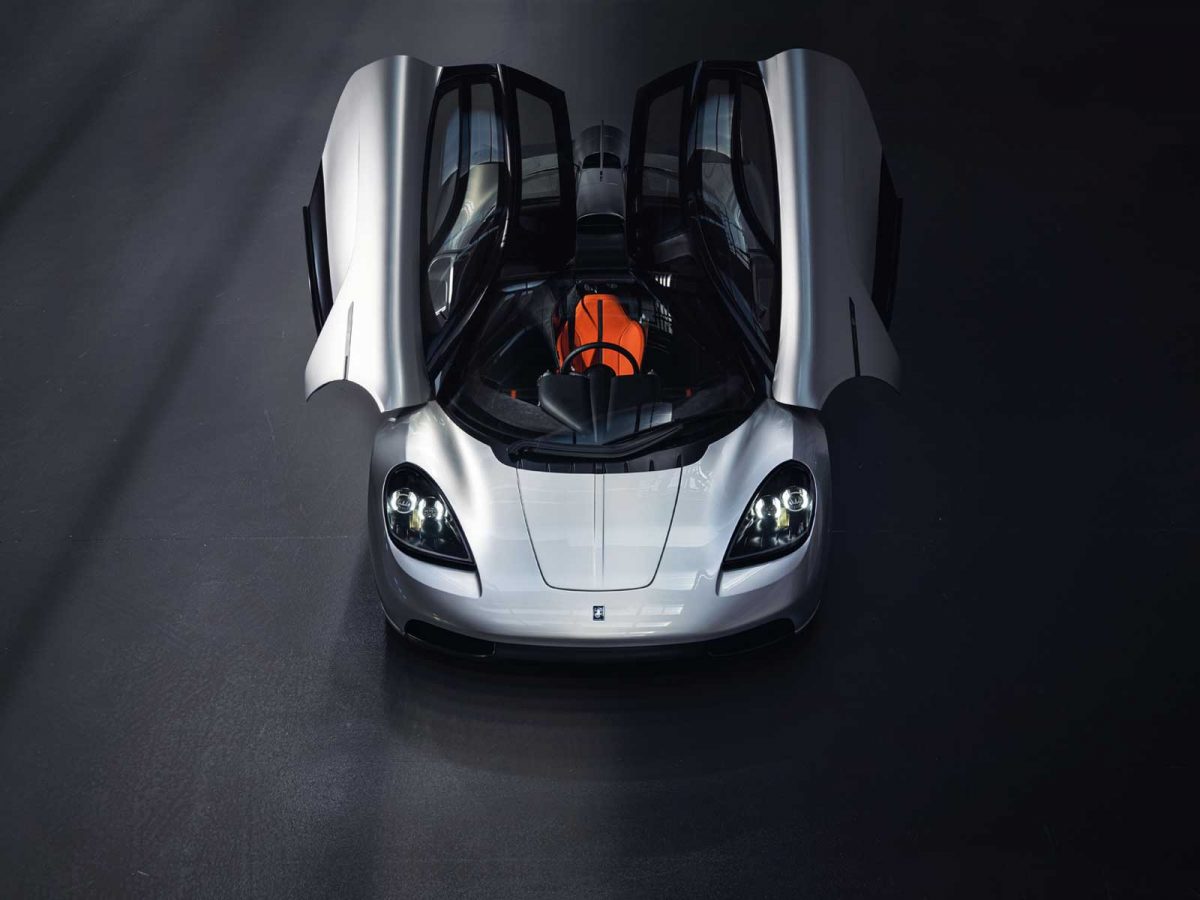 Like some F1 cars, the T50 uses ground effects for 90 percent of its downforce, along with a massive electronically controlled fan that vacuums it to the road. The car feels in complete harmony with thought, word and deed, making it the purest driver’s hypercar of its generation. Only 100 will ever be minted.

For those who prefer the serenity afforded by luxury yachts to high-revving hypercars, the new coach-built Rolls-Royce Boat Tail is making waves. Modern coachbuilders are using hyper-personalisation and contemporary patronage to provide limitless possibilities, and the new Boat Tail is the most expensive example to date. 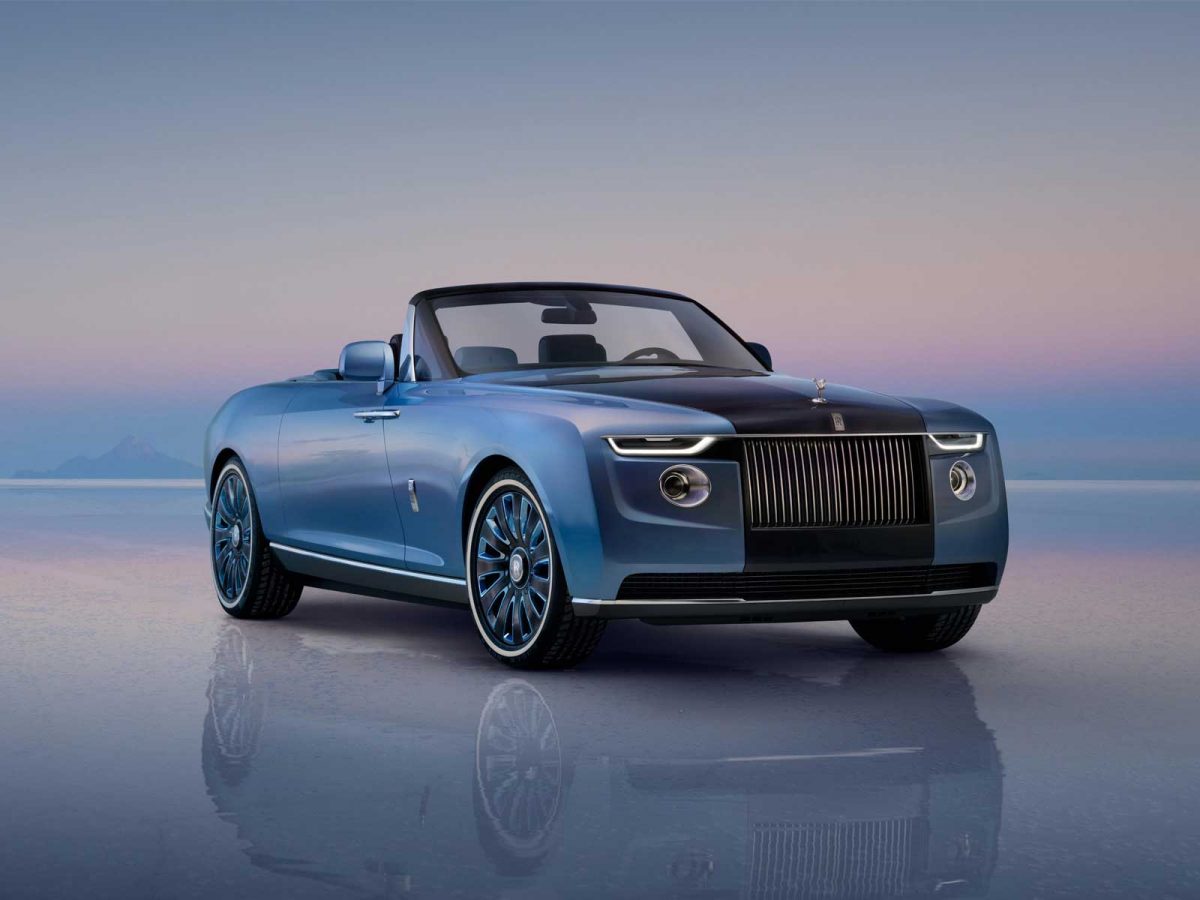 Using luxury yachts as a starting point for design, this hand- built car’s derrière is described as a ‘gesture that recalls a motor launch rising out of water under power’. A button activates a Caleidolegno deck-lid that splits in two revealing a labyrinthine ‘hosting suite’ of Downton Abbey-esque splendour. Rotating cocktail tables and a fold-out parasol nestle within – along with a fridge that’s designed to cradle Armand de Brignac champagne bottles to the perfect -9°. On the car’s dashboard, a pair of mounts hold two unique Bovet 1822 timepieces, and a handmade case in the glove box has been specially designed to house a Montblanc pen.

The car you’ve never heard of – the Aspark Owl – is also the most expensive, and quickest electric vehicle on earth. If, like me, you think the name is a little muted, remember that this car comes from the country that gave us the Daihatsu Naked, Mitsubishi Town Box, and the Nissan Homy Super Long. So, Owl isn’t so bad. 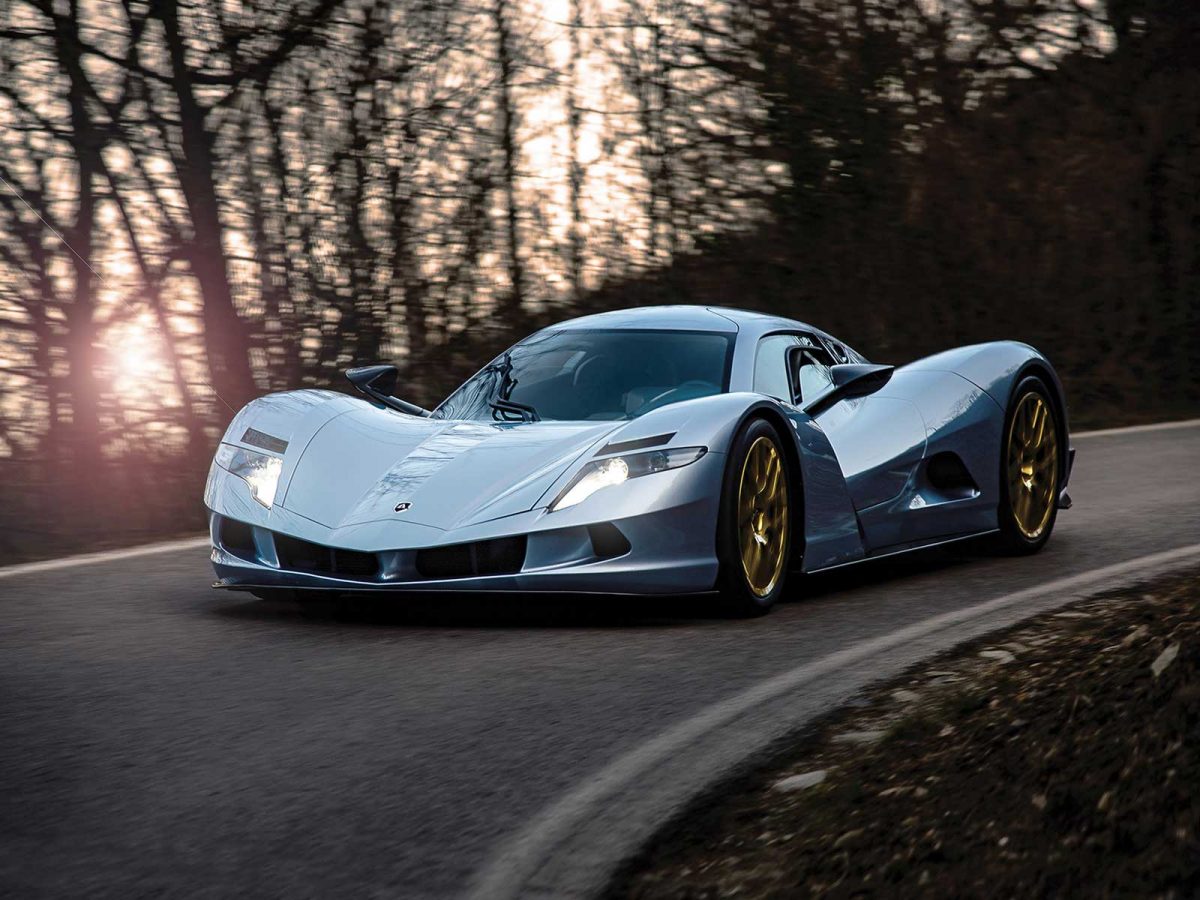 Four electric motors combine to produce 1 480kW of power and 2 000Nm torque. The Owl has about three times more grunt than Formula-E cars and double that of Formula-1 cars. A hundred kilometres comes up in 1.69 seconds with a top speed of 400 km/h and a claimed range of up to 448 kilometres. This ‘parliament of Owls’ will be released into the wild at about $3.2 million each.

The Totem Automobili GT Electric, meanwhile, lavishes attention on the beautiful Bertone shape of Alfa Romeo’s classic Giulia GTA. Constructed from 1965 to 1969, the GTA was the quicker version of Alfa’s coupés. The GT Electric distils the spirit of the GTA and recreates it with an all-electric drivetrain. This Italian company hand-builds each car with audio design at its centre, using 13 speakers to recreate the original sound. 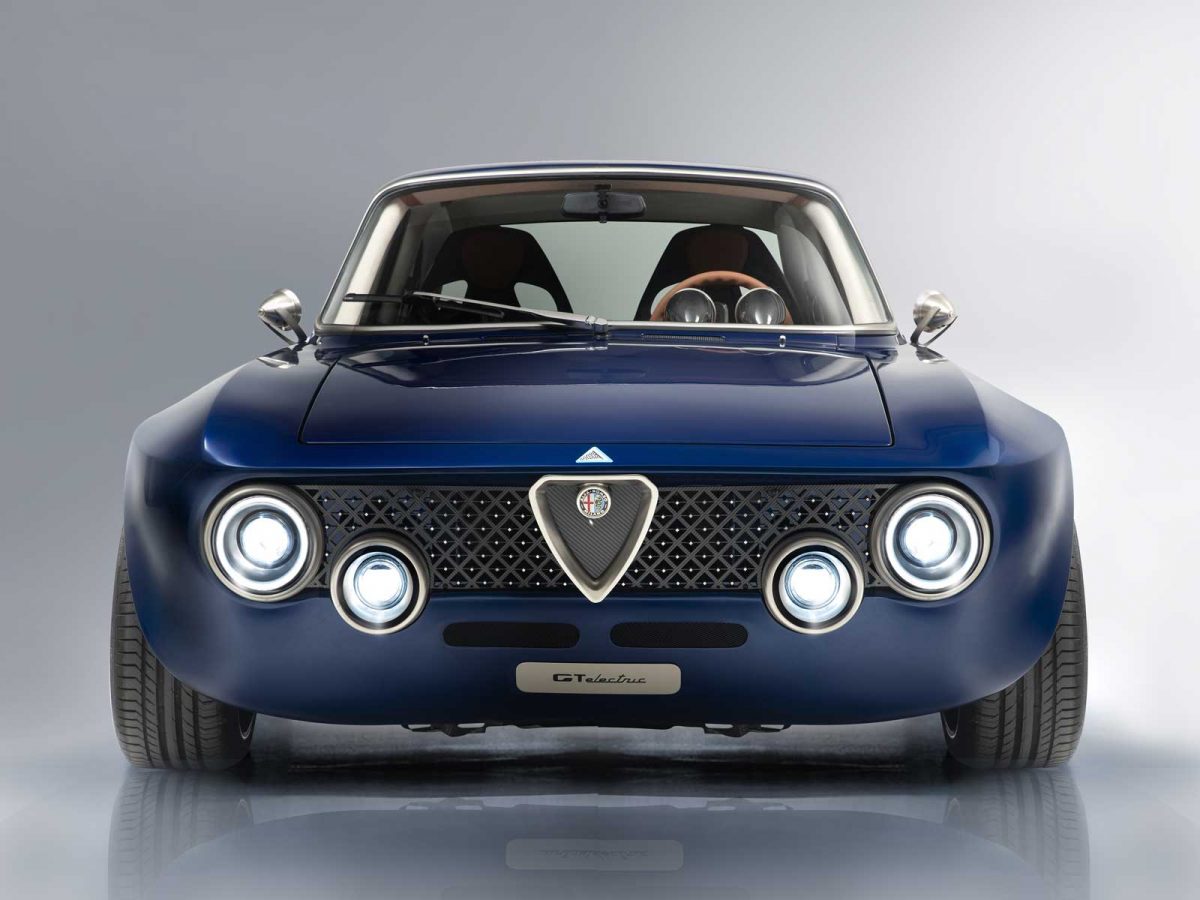 I owned a similar car in Cape Town and was sceptical how anyone could replicate that twin-cam, Dellorto-inducted rasp. But they have, and you can even change the soundtrack to suit. Fast charging takes care of refuelling, and the range is more than 384km.
An all-electric motor in a classic car sparks some controversy but that old-school essence of being a 1960’s car is still there. And given the 60.9kW battery packs propel the car from 0-60 in 2.0 seconds, all is forgiven. Expect to pay about R9 million depending on chosen spec.

The Aston Martin Valkyrie is a R48-million road-ready track star developed with Red Bull Racing. Its mid-mounted Cosworth 6.5-litre V12 engine is boosted by an electric motor sitting on a lightweight carbon fibre structure. A horizon-blurring 865kW is on tap. Only 150 models of the ‘standard’ Valkyrie will be offered from $3 million – with deliveries scheduled at the end of this year. 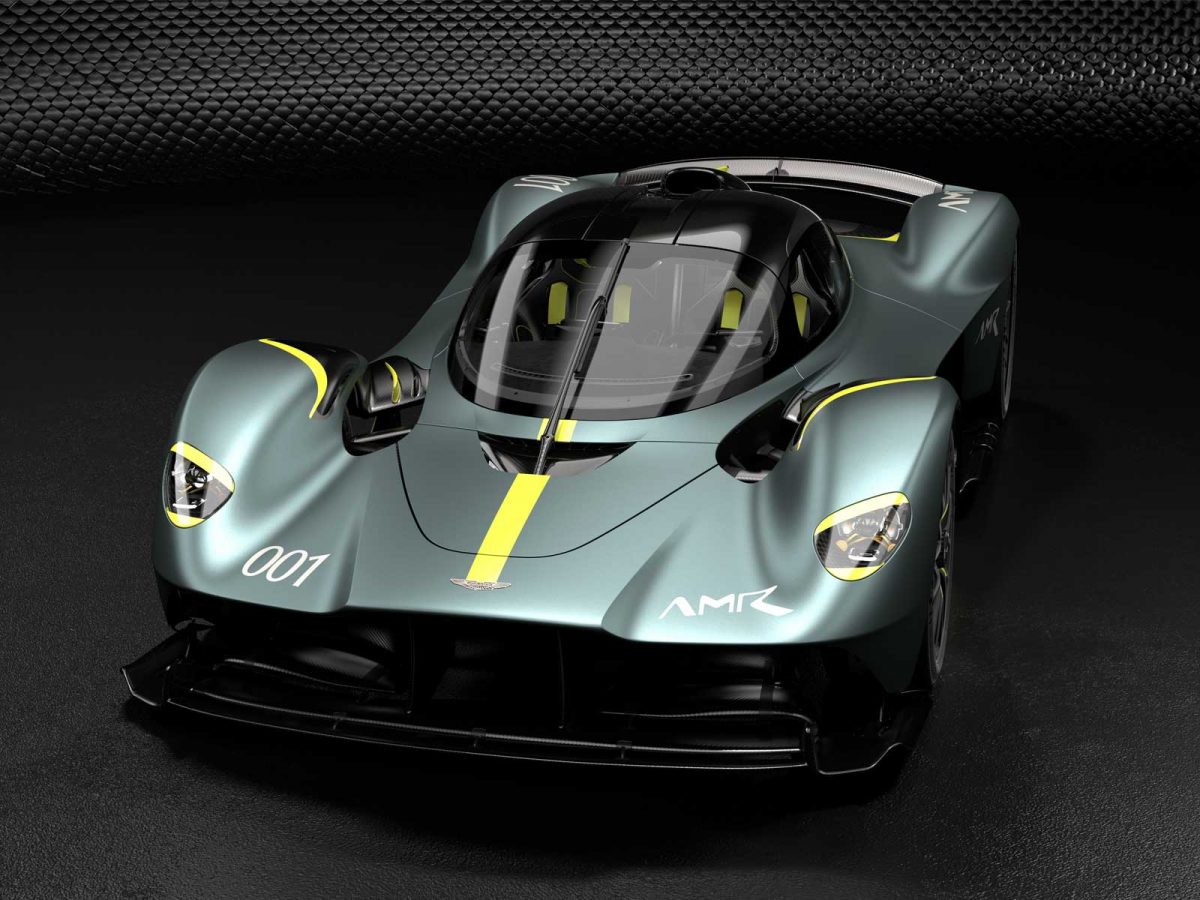 Designer Adrian Newey’s CHECK focused on the aero and active suspension much more than the interior, but inside there’s still drama. Pop the latch and super-light gullwing doors open to reveal a snug teardrop-shaped cockpit. The view forward is
of five display screens with the windscreen itself looking implau- sibly narrow, more akin to a fighter jet than a car.

It does take a while to adjust to the reclined ‘feet-up’ position à la a Formula 1 racing car but all this is just as it should be for a brand synonymous with opulence. But, this opulence is different, it’s one of speed, accuracy, and devastating power.
Of the five senses used to experience the world, these five cars represent the most in sensory and extravagant mobility accompanied by exquisite workmanship.