To live and dine in Venice

During a month's sojourn in Venice, one writer is not just seduced by the food but lets the physical beauty and rich history of one of the world’s most alluring cities, capture her heart. 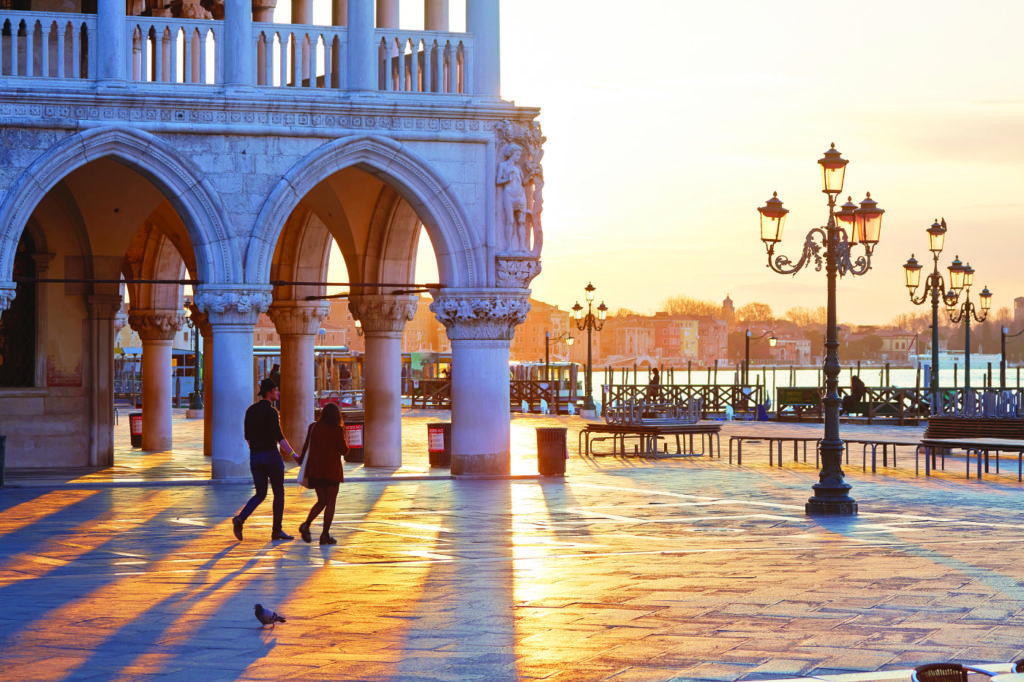 There is a new wave of travelling that bears a resemblance to The Grand Tour of 18th century Europe, an educational rite of passage, mainly the province of upper-class young men and women.

Lately it has revived for those with taste, time and means. Not the three-day-postcard, glam-hotel kind of tourism, but a cultured, educational style of travel; an attempt to live like a local, learn the language, understand the culture, history and way of life. So I came to Venice for a month to live like a Venetian.

Venice, where The Grand Tour always ended. This most exquisite, floating city was where you had to be. Lord Byron, Robert Browning and Henry James visited in the 1800s after Napoleon had smashed and dismantled its 1 000-year glory. They found poetry in its melancholic, tragic state but Venice was reborn as a centre of carnival, fashion, gambling and feasts.

Today, Venice is in a similar situation, beset by serious threats to its existence but, as before, the city deals with its adversity by wowing the world… reviving the Carnival of Venice, creating the Art Biennale, the Venice Film Festival, drawing in the crème de la crème.

If you want to live like a nobleman or woman in a palace on the Grand Canal built by one of the great families of the 15th century and virtually unchanged, you must know Filippo Gaggia of Views on Venice. They even used him as a character in The Tourist, which was filmed here. The director stayed in his Piano Nobile apartment in the gothic Palazzo Loredan dell’Ambasciatore, where two ancient Doges lived.

So did I, masquerading as the first English Dogaressa of Venice, stretched out in my ornate home furnished with the grandeur of dreams. I woke up to the very particular sounds of Venice on the Grand Canal… a city with no cars, bells pealing out the half hours, gulls wheeling, gondoliere shouting their cries of ‘Oye’ as they turn in the canals, and always the water lapping, slapping against the stone, carrying the ubiquitous boats.

Sign up at the Venice Italian school, San Polo, for personalised, quality lessons, giving structure to your days and the chance to start communicating with locals, so that soon you can order in Italian when you stop for ombra and cicchetti sometime between 6 and 8, before dinner. These are small, delicious local delicacies, eaten standing up with a glass of Veneto wine.

To understand real Venice and its secrets from someone with a rare storyteller’s gift, there’s only one guide for me. Luigina romor became my jewel in the crown, turning the city into a kaleidoscope of history and legends.

Venice isn’t just a city, it’s a feeling, a kind of poetry, a journey of the imagination.


If you know where to dine, the food is Italy’s best. I made an art out of good eating, pounding the streets to discover the best Venice has to offer. My top is Do Forni – traditional, home from home, world class, dramatically romantic and beautifully positioned behind Piazza San Marco. Owner Eligio Paties is the heartbeat, always beautifully attired with real old-school charm. You’re looked after like a royal, the dishes are superb, always made from the freshest produce. It’s as close to perfect as I’ve eaten. I was allowed into the hallowed kitchen to cook with head chef, Mimo, every Sunday night, something rare and special. I did consider proposing to him, on condition he cooked for me forever.

Then there’s Do Ivo, good enough for Clooney’s stag night, Elton John’s celebrations, Kate Moss’s proposal, and run by the bear-like, charismatic Giovanni Fracassi whose handshake can knock you over and heart of gold melt you.

In my own hood of Campo San Barnaba, Oniga is a gem I kept returning to – so quirky and relaxing with its shiny brass pots hanging from wooden beams, coloured lampshades and inspired dishes of only organic produce.

Riviera has the triumph of being on the Zattere, the magnificent promenade facing the Giudecca Canal and three of architect Palladio’s most glorious churches. Owned by former pop star GP Cremonini, who serves dishes as an art form with a touch of class, and only on offer if everything is utterly fresh on the day. This is a must experience.

I love Canova, deserving of its Michelin star, hidden in the Baglioni Hotel Luna outside Piazza San Marco on a small canal, with its great hospitality, sense of comfort, quality dishes and first-class wines.

Journey’s end
Venice is, in the end, about the water. Her myth is that she is a virgin born from the lagoon. Ironically the city’s only hospital faces its only cemetery on the island of San Michele, unless you’re Jewish and taken to the historic cemetery on the Lido.

Until a few decades ago coffins were rowed by gondola to San Michele, but now only gondoliere and Patriarchs (Venetian Popes) have that romantic privilege. The rest are taken on a small motorboat hearse, rather poetically, across the lagoon.