Your own Roman holiday

From the elegance of the Regina Baglioni to exquisite eateries and the rich echo of its vibrant – often tumultuous – history, Rome will enchant with its grace and glory. 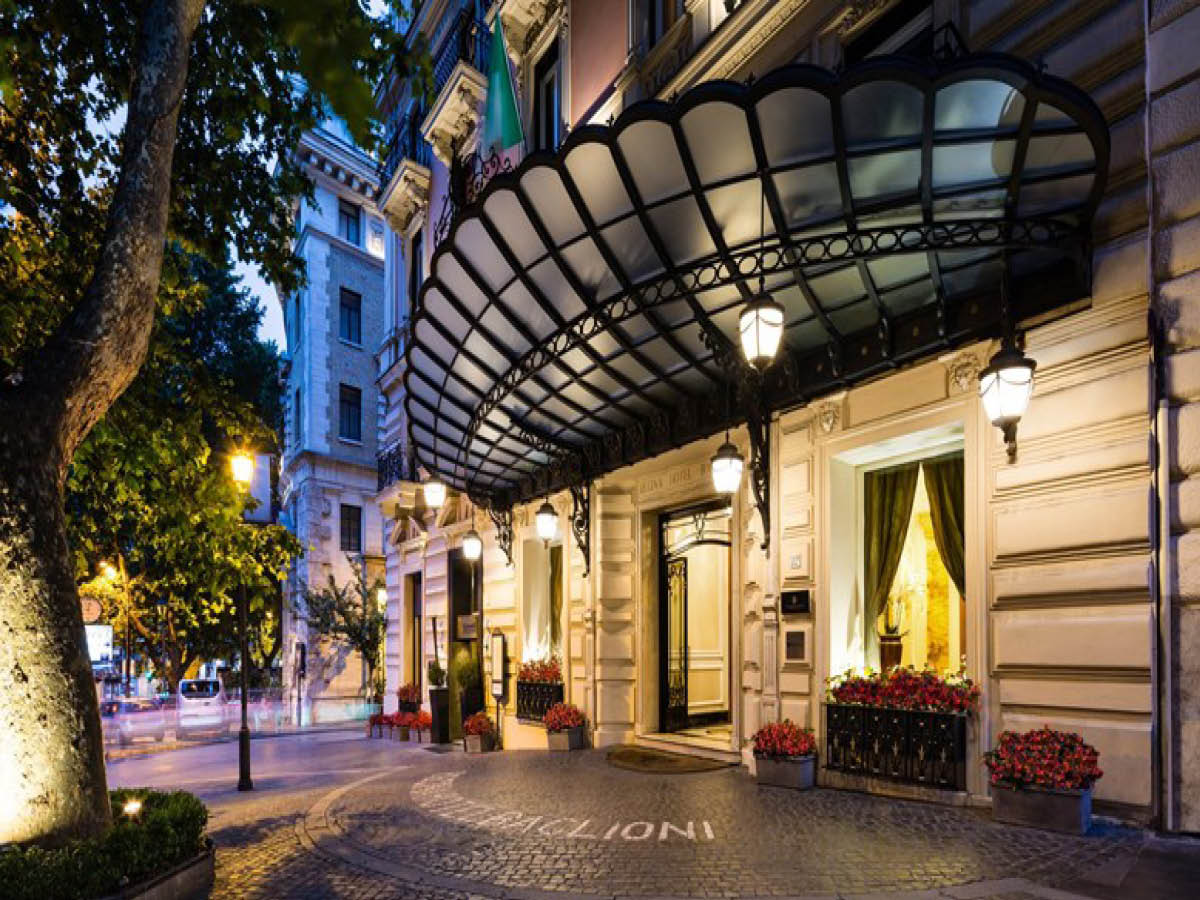 My hotel of choice in Rome is the grand neo-Renaissance Regina Baglioni on tree-lined Via Veneto, the glorious main drag of Fellini’s La Dolce Vita. It has that special

Italian elegance, the marble-floored foyer, a cascade of sweeping stairs, black-and-white movie-star photos, and a charming ‘director’, Signor D’Este, who even managed to please US Secretary of State John Kerry during his stay. It’s one of the city’s best locations, a stone’s throw from the Spanish Steps, and I could run through the gardens of the Villa Borghese every morning, and disappear among the frothing white marble fountains and sprawling pines.

My guide, Alessio, from Imago Artis, was waiting for me after breakfast – hot on the heels of previous clients Kim Kardashian, Kanye West and Floyd Mayweather – to impart his encyclopaedic knowledge of the Eternal City’s riches. Apparently, I was after a more ‘in-depth’ understanding than his previous guests…

Together we embarked on our own version of Roman Holiday, where I fancied myself Audrey Hepburn and him my Gregory Peck, gelato on the Spanish Steps, the full history of Piazza Navona, Champagne in the shadow of the Pantheon, the Arch of Septimius Severus, where Joe encounters the princess sleeping among the ruins of the Forum, ancient heart of the city. In Rome you spin through ages and eras, a heady experience. 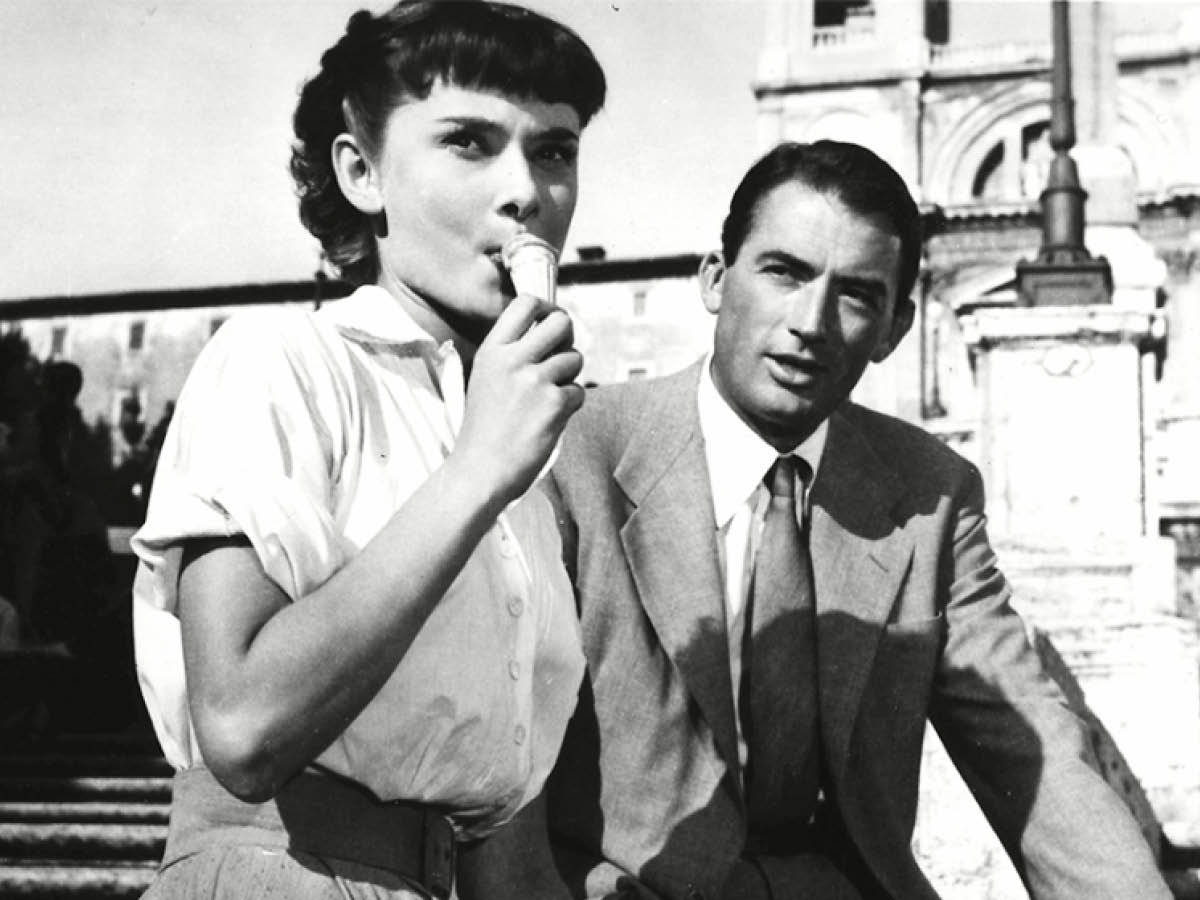 I ate at the Baglioni’s chic Brunello restaurant, in its deliciously seductive, Art Deco atmosphere. The chef will prepare whatever you like, with a touch of spontaneity that smacks of the real Italian kitchen.

I loved Peppone, a family trattoria for more than four generations and one of the oldest in the city, with a hardworking chef, home-style atmosphere, and fresh produce straight from the local market. Pierluigi, renowned for its fish, is more upmarket and an institution in Rome – and it didn’t disappoint with the spaghetti con le sarde e puntarelle. It sits in a glorious piazza among Renaissance buildings. Facebook’s Mark Zuckerberg chose it for his honeymoon, followed by a visit to the original Jewish ghetto on the banks of the Tiber. He and his bride ate carciofi alla giudia, the traditional crispy fried globe artichoke that originated in Il Ghetto, which was finally abolished in 1870 – but the dish lives on, as a speciality of Roman-Jewish cuisine. Rome’s great Synagogue is still within the original ghetto, which housed the oldest Jewish community in Europe until 16 October 1943, when the SS arrived in the early hours to start the deportations of 1 000 Jews. Only 16 returned.

As this is a historic year in Rome, the Jubilee of Mercy, I visited all four papal basilicas, via the Holy Doors of Mercy, usually sealed from the inside and only opened for jubilee years, supposedly cleansing all your sins. Mine are mainly an excessive love of food and wine, which makes Italy so tempting. The basilicas are extraordinary feats of architecture honed by Borromini and Rome’s favourite Baroque son, Bernini.

Rome’s poetry is in its past, from Julius Caesar to the heady, messy period after the fall of Mussolini and the golden age of Italian cinema. It plundered its riches from Jerusalem to Britain. Rise and fall. In Tennessee Williams’ The Roman Spring of Mrs Stone, the protagonist who is mourning her husband’s passing is told, ‘You are in the right city, Mrs Stone. We understand loss here.’ For that place of glory, history, delight and excitement you must visit before you die, Rome is the pinnacle.