A sneak peek of Concours of Elegance 2016

The Concours of Elegance returns to Windsor Castle from 2-4 September, as some of the world’s most incredible cars take residence in the Quadrangle for a celebration of automotive elegance, style and passion. 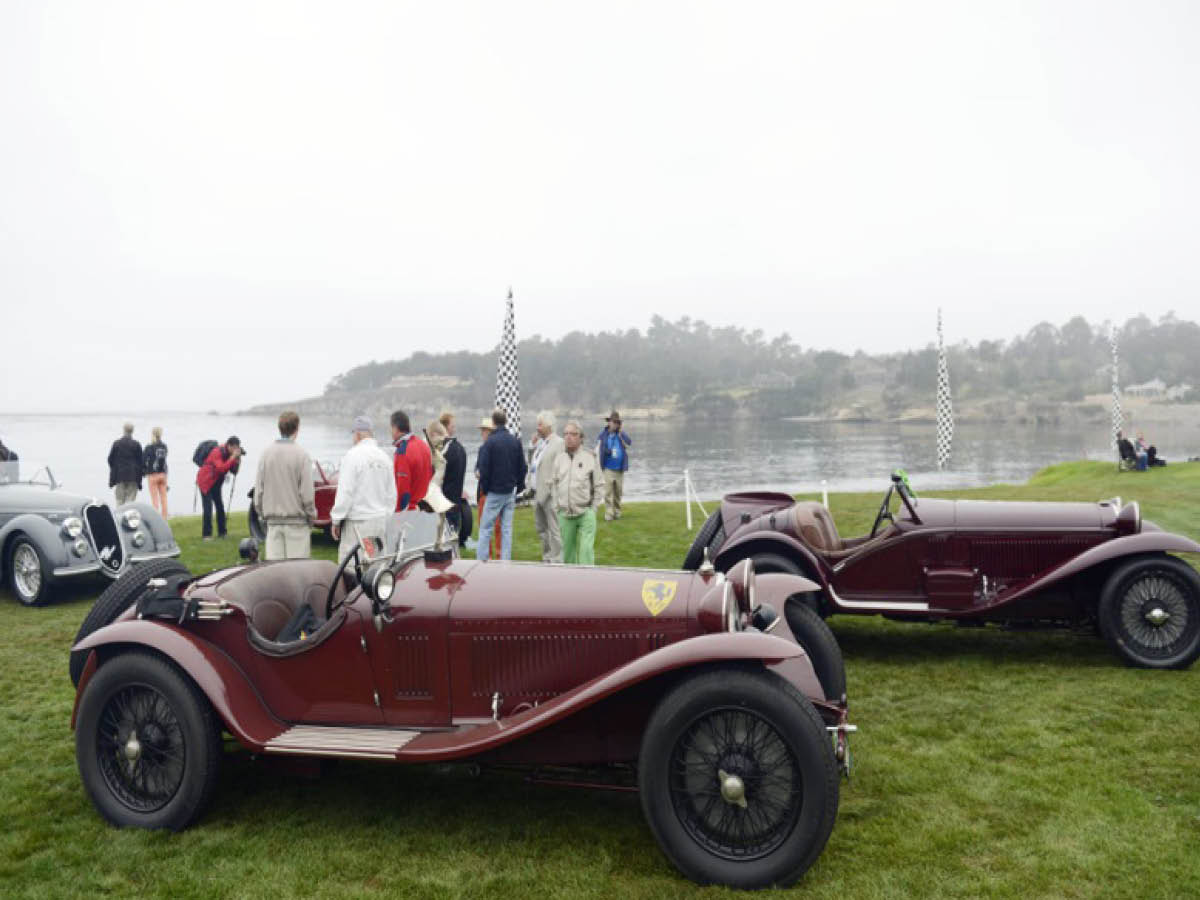 With the gracious permission of Her Majesty The Queen, Windsor Castle will play host to sixty of the rarest and most exclusive cars ever produced, and today, with just 15 days to go until the event opens, Concours of Elegance has rounded up a few very special automotive highlights.

From iconic pre-1914 automobiles to special sports cars of the 21st century, each of the Concours of Elegance cars has a story to tell. The Alfa Romeo 8C 2300 Zagato Spyder on display, for example, is one of the most successful racing cars of all time, having won Le Mans four times in a row and the Mille Miglia three times in succession.

Also on display at Windsor is the Ferrari Testarossa Spider Valeo, which is a truly one-of-a-kind classic. It’s the only factory-built Testarossa convertible ever made, having been specially produced for Gianni Agnelli exactly 30 years ago.

The most recent car in the Concours of Elegance comes from coachbuilders Touring Superleggera, with the one-of-seven Disco Volante Spyder. Based on the Alfa Romeo 8C Spider, but with a specially crafted aluminium and carbon composite body inspired by the 1952 Alfa Romeo C52 Disco Volante.

Bentley Speed Six ‘Old No 2’, chassis number HM2868, is one of the finest and most original works Bentleys in existence today, having finished second at the 1930 Le Mans 24 Hours race, just behind Speed Six ‘Old No 1’

Only thee roadsters were built on the Phantom III chassis, and this unique Thrupp & Maberley designed model is one of them, originally commissioned for the Shal of Bopal in 1936.

Built in 1935, along with only 20 others, the Ulster Competition is incredibly rare. But this particular Ulster has pedigree, too, having competed in more than 100 races, including an eighth-place finish at Le Mans in 1935.

The Talbot-Lago T150C-SS Pourtout Coupé is arguably one of the finest aerodynamic designs ever. Only a handful of cars were finished with this incredible ‘Pourtout’ coachwork, but it wasn’t designed to just look great – this car actually raced.

This car was only the fourth DB2 chassis built, the second six-cylinder version and for the start of its life was the personal transport of David Brown ‘DB’ himself.

Sir Stirling Moss won three times in this car, including at the Goodwood Tourist Trophy in 1960 where he famously switched on the radio to the listen to the race commentary.

The only 250 GTO finished in white, this particular car was driven by Graham Hill to second place in the 1962 Goodwood Tourist Trophy

The only factory-built Testarossa convertible ever built. It was specially made for Gianno Agnelli after he commissioned it to celebrate his 20 years in charge of Fiat.

One-of-four ever built, and regarded as the precursor to the F40. It was built for Group B, before the racing class was banned – making it one of the wildest racing cars to never have raced

It may not look like a motorsport champion, but once upon a time this car’s unique Figoni and Falaschi-designed coupé body was replaced by lightweight, open top coachwork for motorsport, achieving a class win at the 1935 24 Hours of Le Mans.

One-of-seven to be produced, this hand-crafted car is based on the Alfa Romeo 8C Spider, powered by a 4.7-litre V8 engine. The design is inspired by the C52 Disco Volante of the ‘50s.

The 1933 Front UW Roadster was the first Audi to be launched after the formation of the Auto Union group, which brought together Audi, Horch, Wanderer and DKW in 1932. It features an all-aluminium six-cylinder engine under the bonnet, while its roadster body is a unique creation of Berlin coachbuilders Erdmann & Rossi.

Mercedes labelled the stunning 540K ‘the car for the connoisseur’ when it was released in the late 1930s, and it certainly lived up to its billing. The supercharged model was one of few cars built before World War II that was capable of hitting 100mph.

About the Concours of Elegance:

Established in 2012, the inaugural Concours of Elegance was held within Windsor Castle to mark the diamond jubilee of Her Majesty The Queen’s reign.  Organised by Thorough Events, the first Concours of Elegance set a new global benchmark for a classic car concours; winning prestigious awards in the process; unheard of for a ‘start-up’ event in its first year.  The Concours of Elegance has continued to grow from strength to strength, collecting more accolades, tributes and endorsements along the way, with the exceptional settings of St James’s Palace in 2013, Hampton Court Palace in 2014 and Edinburgh’s Palace of Holyroodhouse in 2015.