Fuelled by sci-fi fantasies, our collective vision of tomorrow’s architecture has arrived. Its proponents – a global array of pioneering architects – advocate for structures that work in harmony with Mother Earth, and, critically, reconnect us with nature. 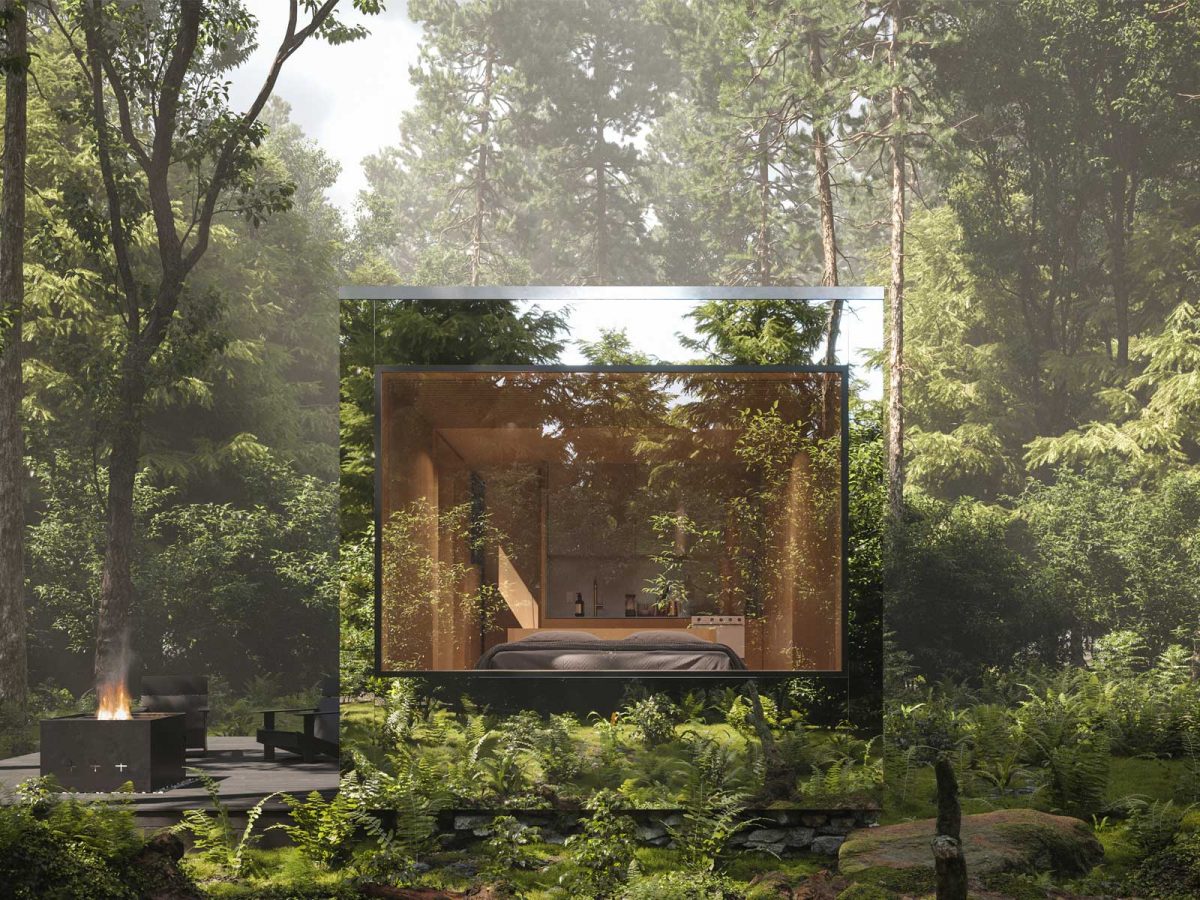 Takada, who has lived in New York, Tokyo and London, is a proponent of vertical planting in high-rise buildings. It’s a movement that sees architects bringing biodiversity and greenery back to high-density urban living. With climate change wreaking global havoc, the movement’s rise is a necessary architectural evolution. Not only do the mass plantings aid carbon dioxide absorption, but they’re a potential food source too.

The knowledge Takada has gained living in dense metropolises has shaped his vision for Urban Forest, a residential high-rise under construction in Brisbane. Its sculptural façade will be planted with thousands of plants and trees intended to provide thermal and physical insulation from the weather.

Urban Forest is not just green architecture, but design that is aesthetically pleasing. Its double-storey rooftop garden and architectural detailing are statement-making, calling to mind the curvilinear balconies of British starchitect Thomas Heatherwick’s high-rise, EDEN, in Singapore. ‘Instead of glass-clad edifices with token balconies, each home in EDEN has a lush garden right at its doorstep, with organic and generous living spaces achieved by breaking up the traditional boxy floor plate,’ he explains of the 20 private gardens. For Heatherwick, the design is a response to what he perceives as a disconnect between the city’s high-rises and the lush greenery at street level.

Critical design thinking has also shaped the creations of Italian architects Stefano Boeri and Carlo Ratti. Boeri’s work explores his published ‘manifesto’ on vertical foresting. His Wonderwoods development, under construction in Utrecht, is a prime example of the environmental benefits of vertical planting. The tower’s ecosystem will produce approximately 41 tons of oxygen and absorb 5.4 tons of carbon dioxide annually.

Expanding on these ideas, Ratti broadens the definition of vertical planting in his Jian Mu Tower in Shenzhen, China. Billed as the world’s first ‘farmscraper’, the 51-storey skyscraper will merge architecture with urban agriculture. A hydroponic farm, capable of feeding as many as 40 000 people yearly, will extend the height of the tower, cultivating crops to be harvested, sold and consumed all within the skyscraper. 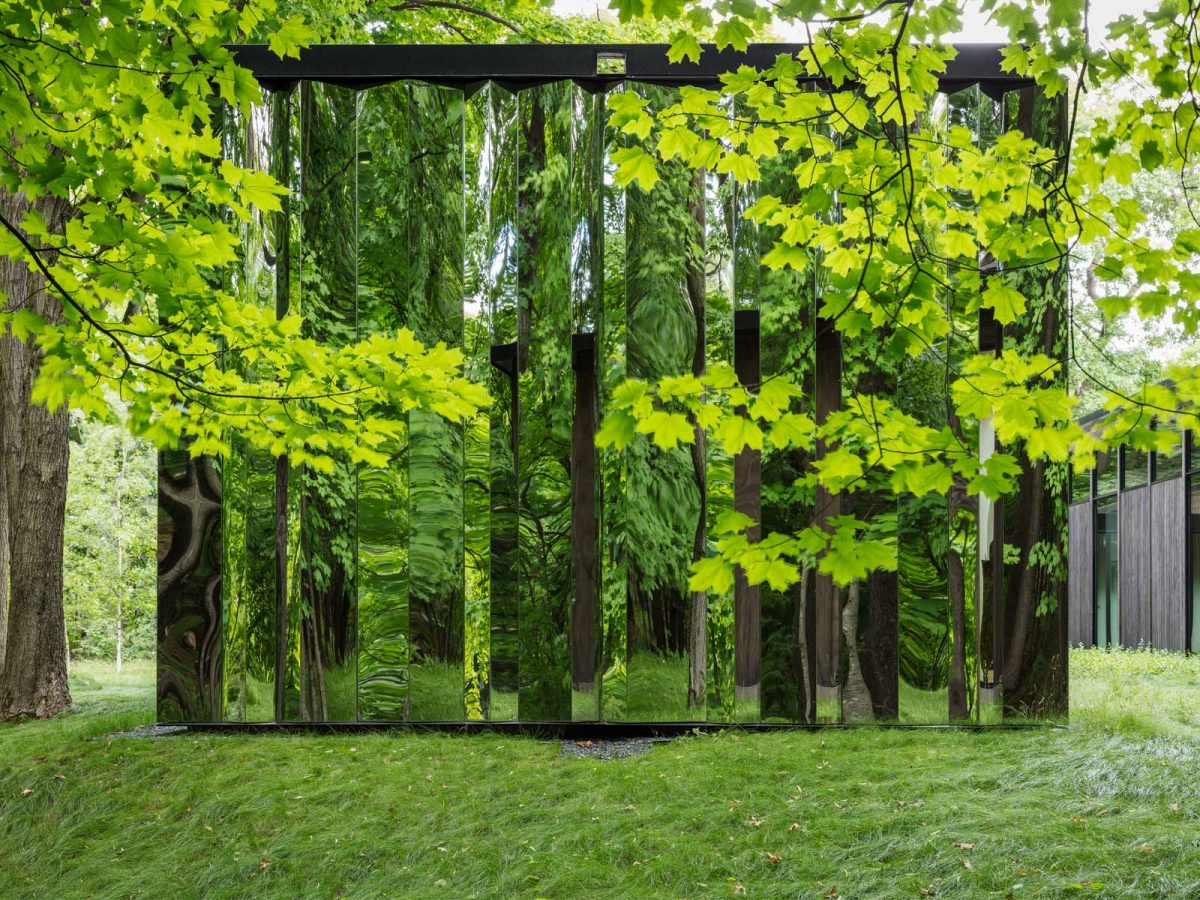 The concept of invisibility has intrigued industrial designers for decades. The invisible Aston Martin in the 2002 James Bond film Die Another Day, or Land Rover’s mid-teens prototype of a ‘transparent’ bonnet, allow us to catch a glimpse of what life could be like were invisible objects commonplace. Camouflaging a building within its surroundings, however, isn’t new. It dates back to mankind’s earliest structures. In recent decades, material advances have made it increasingly possible to camouflage buildings using manmade materials intrinsically at odds with their natural surroundings.

British artist Sir Anish Kapoor’s Cloud Gate, a bean-shaped sculpture installed in Chicago’s Millennium Park in 2006, was a seminal introduction for many to the seductive qualities of polished reflective stainless steel as cladding. Fifteen years on, using his knowledge as a trained architect, American artist Phillip K Smith III recently completed a privately commissioned sculpture that also explores reflection, set in a residential garden. Titled ‘Santa Monica Linear’, Smith’s nine-metre-long steel and glass sculpture reflects the sky, sun and trees. It calls to mind his 2017 Palm Desert installation, The Circle of Land and Sky, with its equally mesmerising reflections.

Architect Timothy Alt, founder of Minnesota’s Altus Architecture + Design, incorporated polished stainless steel into his design of Woodland House, a private Minneapolis home on a wooded plateau. The home includes what Alt calls a ‘shiny shed’ – a rectangular storage building conceived as a visual counterpoint to the home, and one that disappears into its surroundings by fragmenting reflections of them. The shed’s leafy environment is distorted across the expanse of angled panels, encouraging the homeowners to engage with nature.

‘The outbuilding is visible from the interior of the house as a quiet reminder of the beauty of the surroundings,’ Alt explains. Similarly, Arcana, a newly launched collection of forest cabins outside Toronto, uses reflection for camouflage. Cofounders of Arcana, project architect Michael Leckie and former Google executive Alan Gertner, encourage guests to regard the cabins as a platform for accessing the benefits of the natural world.

‘The best way to create an experience that was focused on immersion in nature was to make the cabins as quiet as possible in the landscape. The reflective quality of the polished stainless steel cladding allows them to disappear,’ explains Leckie. Each cabin offers a restorative experience that the cofounders consider to be a movement to connect people with nature. ‘With Arcana, we are creating a community to help us incorporate the natural world, and its emotional and mental benefits, into our lives,’ says Gertner.

The reinvention of public spaces

From the private to the public, and in so far as attempts go to reinvent urban public spaces, Dutch Studio MVRDV’s Marble Arch Hill has been widely criticised. The artificial mound, erected in central London mid-2021, temporarily closed shortly after opening. The poor quality of its planting was cited as a reason. MVRDV later admitted the hill opened prematurely.
In contrast, Thomas Heatherwick’s Little Island has met with favourable reviews. The privately funded park, which opened in Manhattan in May, is elevated above New York’s Hudson River, and is supported by 132 precast concrete ‘pots’. Heatherwick’s starting point for the showstopper park was experiential. It focused on the visitor leaving Manhattan behind to be immersed in greenery, provided by the more than 400 species of trees and plants, all suited to the city’s climate, that were planted.

In Shanghai, another public space, dubbed by its architect as ‘the street of 1 000 red jars’, is a reinvention of an entirely different structure. French architect and Pritzker Architecture Prize winner, Jean Nouvel, has created a covered shopping thoroughfare within the atrium of the Henderson CIFI Tiandi building. Located in the Huangpu district (formerly under Shanghai’s French concession and characterised by plantings of London plane trees), the street extends the length of a city block. Its defining feature is its jar-like planters lining each floor’s exterior façade and atrium. They’re particularly striking in the bright red atrium, where the colourful planters are filled with contrasting greenery that references the plane trees of nearby streets. 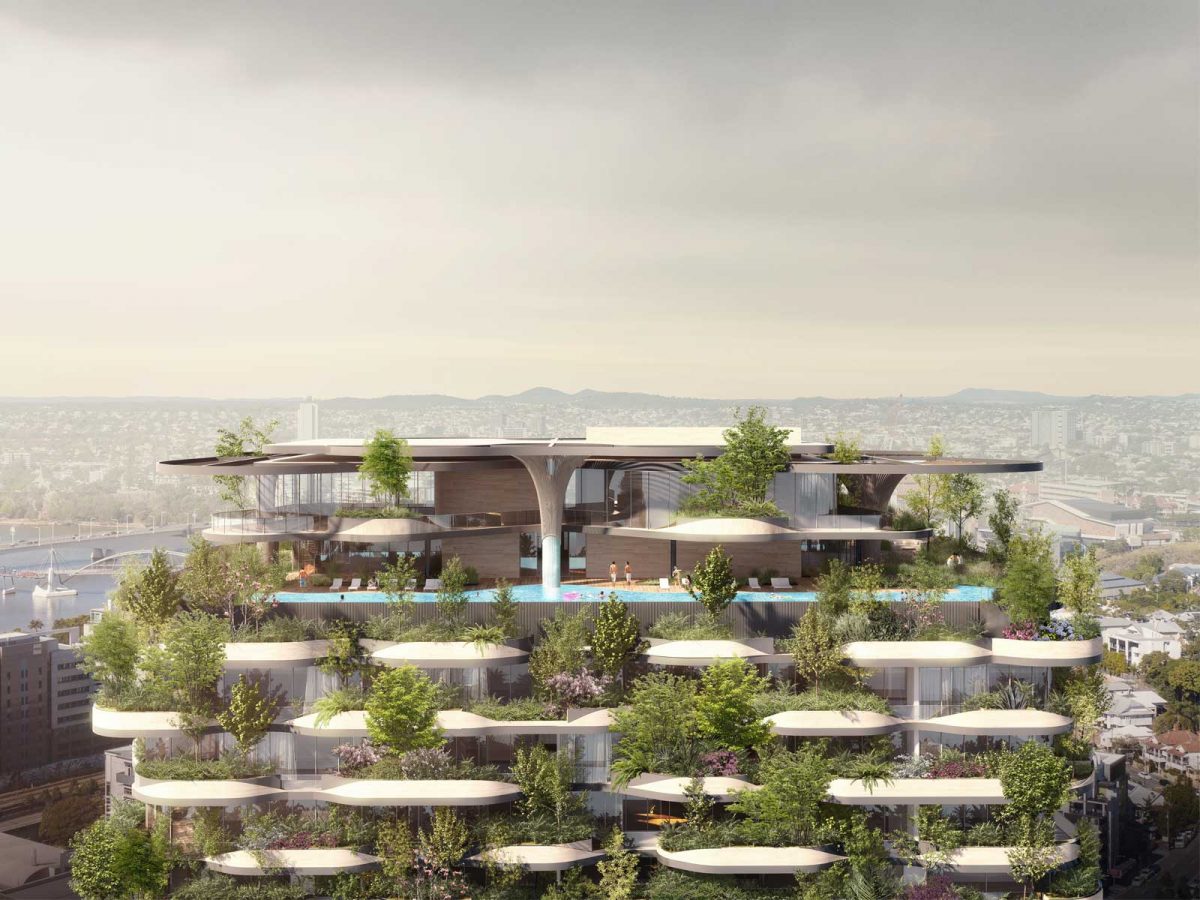 In tropical and subtropical climates, architects are becoming increasingly experimental with natural materials and the structural possibilities these afford. Constructing with native materials allows buildings to have negative carbon footprints, like that of Thailand’s Panyaden International School’s bamboo sports hall. Bamboo used here absorbed carbon to a higher Extent than that emitted during treatment, transportation and construction. Designed by Chiangmai Life Architects, the beautiful venue combines natural materials with modern engineering, and draws inspiration from its environment. Elora Hardy, founder of Ibuku, adopts an equally pioneering approach to The Arc, the newest campus building at Bali’s Green School.

‘The Arc operates like the ribs of a mammal’s chest, stabilised by tensile membranes analogous to tendons and muscles between ribs,’ explains Jörg Stamm, one of the project’s designers. Both bamboo structures are feats of engineering in harmony with their surroundings.

So too is architectural practice LLLab.’s Bamboo Bamboo Canopy and Pavilions in Yangshuo, China. The entertainment destination is surrounded by breathtaking greenery and towering karst rock formations. ‘With a landscape so grand, any moves to dismiss it, let alone compete with it, would make little sense,’ explains the architectural team. ‘So it was decided that bamboo would form the premise for what architecture would inhabit the site.’ The result is a hand-woven canopy requiring no nails or glue, that is shaped like an inverted landscape. Daylight streams through its undulating surface to the walkways below, drawing visitors’ attention outwards to the landscape.

This same enchanting play of light, so often a character- istic of organic buildings, is apparent in Roth Architecture’s otherworldly designs for Mexico’s Azulik. An offbeat collection of properties in Tulum and Francisco Uh May, Azulik offers visitors a hotel, holistic centre, museum, artists’ residences and restaurants, all primarily built from bejuco, a vine-like climbing plant. Trees weave their way skyward through buildings, while structures grow out of and disappear into the landscape, collectively blurring the separations between indoors and out. The hotel villas forego electric lights and television, proposing instead the Mayan jungle and Caribbean as primary amenities.

Architects like Takada and Heatherwick, Nouvel and Hardy break ground revolutionising architecture that compels us to engage with nature. As we begin to exhale from the global health crisis of the past two years and respond to escalations in climate change, architecture too will evolve based on our collective learning. Built environments will increasingly honour the sanctuary-like offerings and environmental benefits that result from architecture working in harmony with nature.