The Gallery of African Art (GAFRA) is pleased to present an exhibition of works by the internationally acclaimed South African Artist NELSON MAKAMO, who showed his first solo exhibition in London, Souls Of Azania, which highlights Makamo’s admiration for his homeland and its future dreamers – the children. 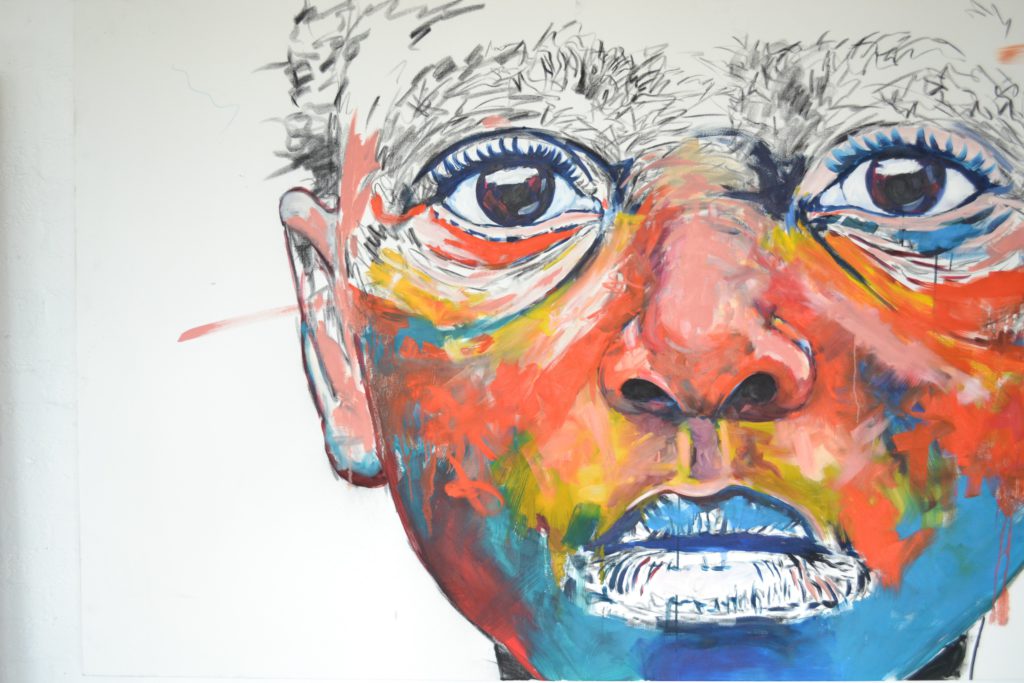 When people think of South Africa they might conjure up dreamy thoughts of its breath-taking natural beauty, or perhaps the iconic image of its most famous son, Nelson Mandela. It was Mandela who extolled young South Africans in swirl of post-apartheid excitement and inspiration, to go forth and live their dreams in a fast changing and dynamic country, while passionately talking up the talents of his compatriots. Yet, little is known about the identity or the prodigious talents of young artists that have emerged to stake their place in the new South Africa he did so much to shape.

Well step forward one of those rising stars, Nelson Makamo, someone you will be hearing a lot more about. He will soon introduce himself and his acclaimed work to the British art scene. Like the revered late South African president his namesake grew up and was nurtured in rural South Africa, an upbringing that infused him with a deep and profound experience, providing a rich texture for his life and work. In the sacred space of his Johannesburg studio, Makamo’s vibrant larger-than-life portraits of black children sit alongside huge charcoal drawings exploring a dual life, and the sharp contrasts juxtaposing his adopted city life and the rural life of his family and heritage.

His work is seen as the product of an often itinerant life, and the numerous journeys between his rural life and the big, bustling metropolis of Johannesburg, a complex and challenging city that has maintained a raw edge since the days when it was built around its once flourishing gold mines. 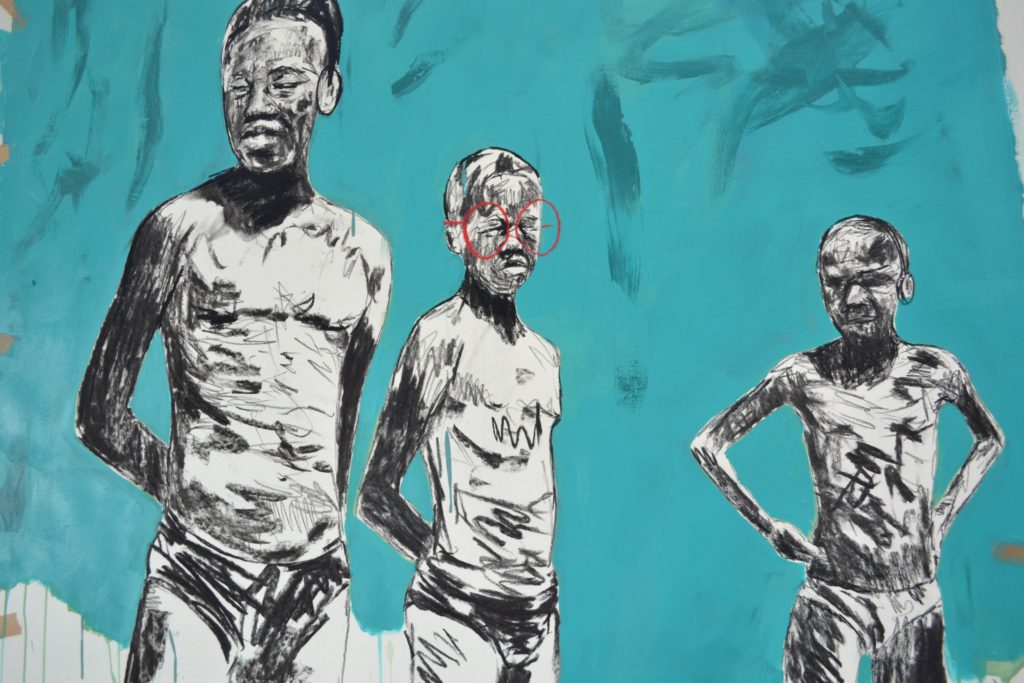 Makamo draws inspiration and flourish from the rural life he treasures and the contrasts it offers in a fast changing South Africa. “A lot of the inspiration for my work comes from family,” he told a South African newspaper interviewer. “When there are family gatherings, I always make a point to sketch or photograph.” He has said that movement and the transition back and forth from rural to urban settings, have been key influences in his emerging work, as those journeys, he said, “unfolds in seconds and seconds and seconds, like prints.” Within this context he has explored the horrors migrant labourers face and challenged the mythologized notions about what success in the city really means and the price many must pay.

Nelson Makamo was born in Limpopo province on the eastern side of South Africa. Like countless young South Africans he moved to Johannesburg in 2003 to pursue his studies and his dreams of becoming an artist. A lot of his work is deeply expressionistic and he has talked of the “instant magic’ from using his hands. Even though his background was in printmaking, it’s his mixed-media drawings which are his artistic signature, such as using charcoal dust with an eraser rather than brushstroke. As well as charcoal he uses oil paints, water color, silkscreen, monotype printing techniques, pen and ink.

His art is known for its vibrancy with a special emphasis on the portrayal of the innocence of children in outlying rural areas, far removed from South Africa’s big city bustle. Facial expressions, emotions, and body language are familiar features of his work. 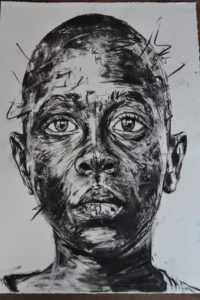 Makamo boasts an impressive resume, having exhibited in solo and group exhibitions in South Africa, France, Italy, America, Netherlands and Scotland. His art has often been focused on portraiture and is strongly influenced by the daily life of South Africans.

Some of his important commissioned works include portraits of ANC stalwarts Oliver Tambo, Walter Sisulu as well as the late great Nelson Mandela himself. And amongst collectors of his work are fashion mogul Giorgio Armani and the music icon Annie Lennox. With the Private View Launch a success on 22nd June the London art scene is now introduced to his exciting work in an Exhibition running from 23rd June – 9th September 2017 at GAFRA (Gallery of African Art), Mayfair, London, UK.