The X Factor is everywhere. In mathematics it stands in for an unknown element in an equation. In psychology it’s the characteristic driving an individual to succeed, excel and push boundaries. 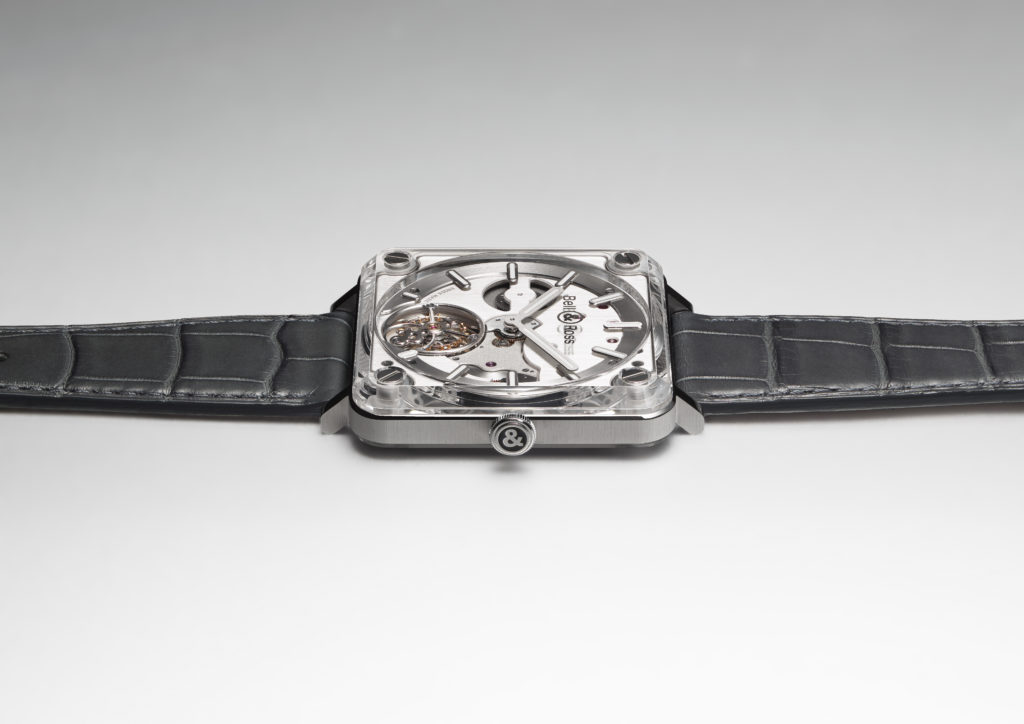 It’s found in the aerospace industry, where “X” is used to designate NASA’s most experimental projects. And it also has a place in watchmaking: since 2014, the letter “X” has been accompanying the range of experimental watches produced by Bell & Ross. Now, in 2017, the new BR-X2 is expressing the values of innovation, creativity and performance inherent to the Bell & Ross watch brand.


In 2014, the release of the BR-X1, with its resolutely masculine design, marked Bell & Ross’ first advances into a more experimental and innovative arena. The technical traits typical of sports models were joined by a bold streak of creativity, characterised by the adoption of a skeleton chronograph movement inside a high-tech square case that combined titanium, ceramic and rubber.

Two years later, the BR-X1 Tourbillon Sapphire gave complete transparency to the famous square case, which was cut directly from a block of sapphire. This precious timepiece established a direct link between haute horlogerie and hyper-sophistication. And now, with the new BR-X2 Tourbillon Micro- Rotor, the second generation of its X Collection, Bell & Ross adds another chapter.

Given just three words to define a watch, they would undoubtedly be “case, movement, dial”. It would be difficult, if not impossible, to miss out any one of these elements. However, true innovation lies in questioning certainties and exploring new paths. This is exactly what Bell & Ross did when designing its new BR‑X2, where the case and movement form a single element. How? When designing a case from steel and sapphire, Bruno Belamich, the brand’s creative director, came up with a utopian idea: “Fusing the case and movement into a single component to make the case disappear, leaving only the movement visible.”

In concrete terms, the design of the BR-X2 implies wearing the movement directly on the wrist. The square BR-CAL.380 manufacture caliber, designed and developed entirely by Bell & Ross, is set between two sapphire crystal plates, joined at the sides by a narrow band of steel machined as a single piece, ensuring unrestricted visibility. This makes the case virtually invisible, and the skeleton dial does the same, showcasing the movement.

To highlight the aesthetic purity and the technical expertise, the designers of the BR-X2 have opted for both simplicity and performance. This two-hand watch displays the hours and minutes with exceptional precision thanks to a flying tourbillon that compensates for the gravitational pull of the earth.

Simplicity, yes; but also elegance and restraint, thanks to its modest dimensions (42.5mm square) and delicacy, made possible by the extra-thin 4.05 mm movement, with automatic winding provided by a micro-rotor.

With the elegant, modern design of the BR-X2 that pushes the limits of creativity, Bell & Ross positions itself, once again, as one of the most innovative haute horlogerie brands. This exclusive watch will only be available to 99 connoisseurs, offering them the unique experience of wearing a watch movement on their wrist.