Revisit the innovation at SIHH

Geneva held the 28th edition of the Salon International de la Haute Horlogerie (SIHH) in January this year. It attracted more than 20 000 watch aficionados. A record 35 fine-watchmaking Maisons exhibited alongside 18 contemporary workshops at the five-day fair. 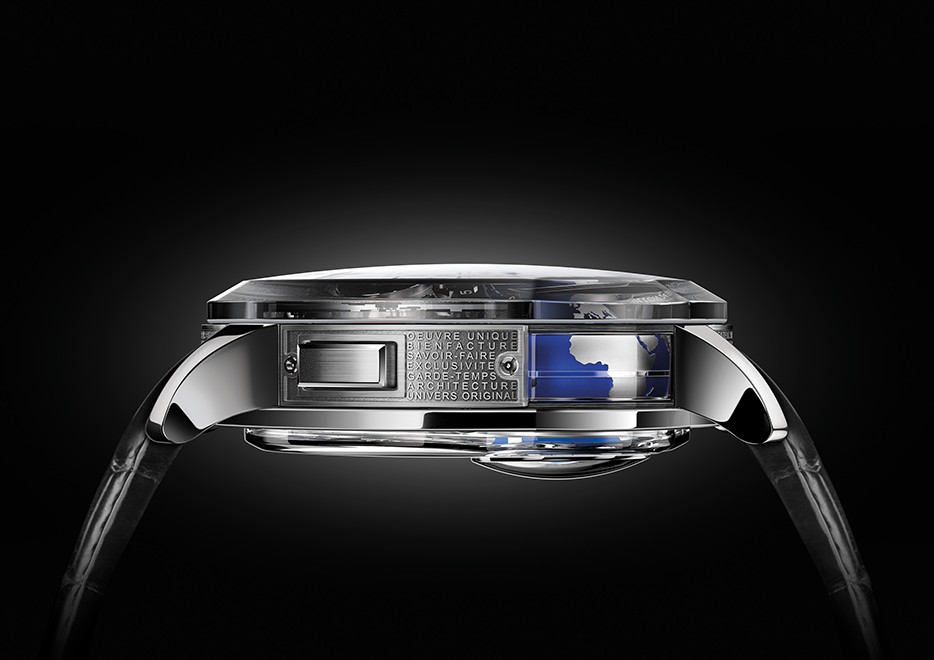 Greubel Forsey goes around the world

Greubel Forsey’s GMT Earth has been artfully designed to present several 3-D features that include a view of the earth from the North to the South Pole. Displaying the globe in its entirety required the complex application of sapphire crystal, which in turn influenced the proportions of the case. The globe is positioned next to the Tourbillon 24 Secondes, Greubel Forsey’s third pivotal invention.Three time zones can be viewed simultaneously on the front of the dial. Turn the watch over and you’ll see 24 time zones displayed with summer and winter times to complement the universal time indicated by the terrestrial globe. Available in white gold, this artwork is limited to 33 pieces. greubelforsey.com

Piaget, the micromechanical experts of SIHH 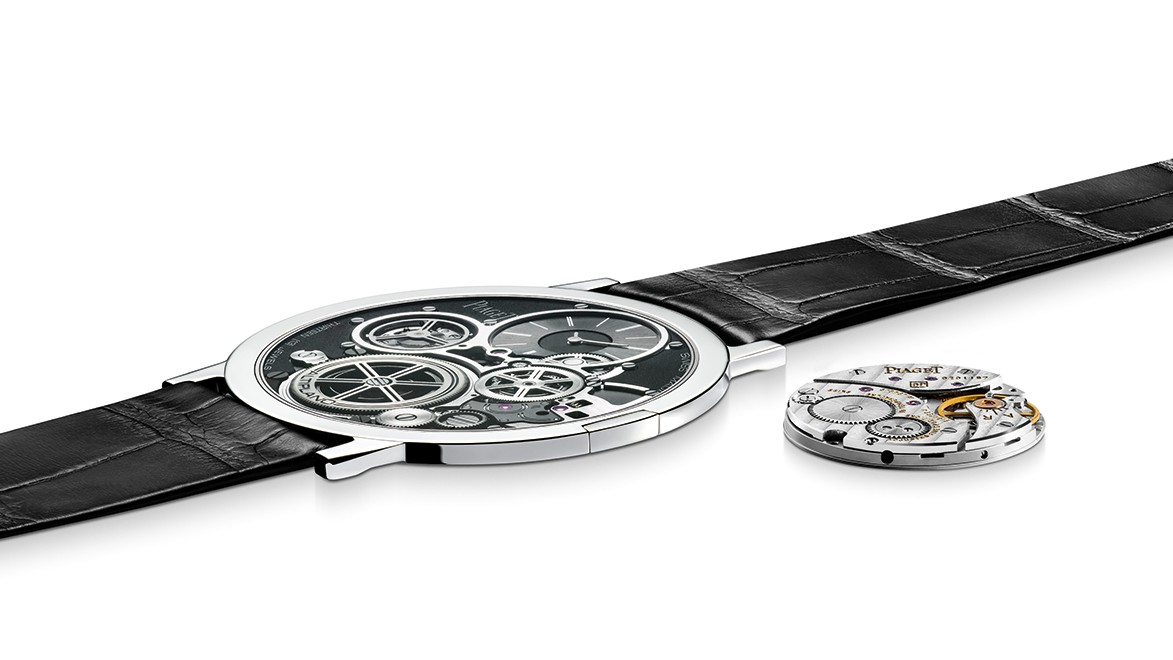 SIHH may be an annual affair but the watches revealed there are often years in the making. Paiget took four years to produce this latest revelation in thin timepieces. Alas, it’s not for sale. The Altiplano Ultimate Concept Watch is the flattest mechanical wristwatch ever made at just 2mm thick. With five patents pending for the components that contribute to the technical prowess of the ultra-thin movement, aficionados will appreciate the technical mastery required to reimagine the regulating organ, a barrel without cover or drum, a control mechanism that allows selective time settings and winding, a telescopic crown integrated into the case middle, and more precise placement of the watch glass. piaget.com

What’s in a split second?

A. Lange & Söhne only craft a few thousand wristwatches every year, and the Triple Split is among this small selection. The first mechanical split-seconds chronograph in the world to accommodate multi-hour comparative time measurements, this is the accessory you need if you want to compare the times of two opponents on a race track, at a cycle tour or in a marathon. If that wasn’t enough, it can also record the times of consecutively starting event. Think outbound and return legs of a long-haul flight, or add the times of multi-hour events, such as the duration of individual Ironman disciplines. If that grabs your attention, read more about this masterpiece online. alange-soehne.com

The old with the new 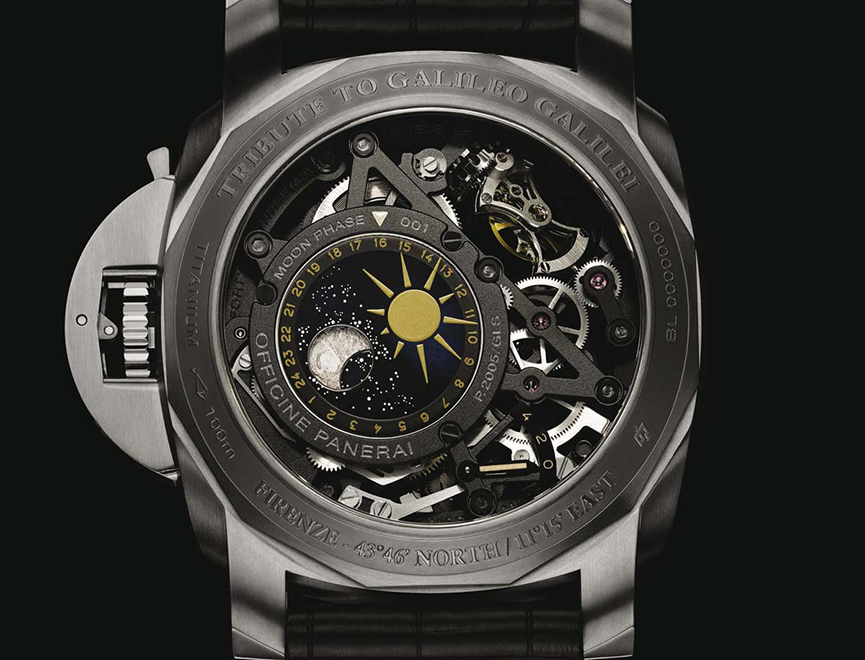 Officine Panerai’s latest dedication to Galileo Galilei is L’Astronomo Luminor 1950 Tourbillon Moon Phases Equation of Time GMT. Made to order and personalised to operate in line with the geographical coordinates of a place chosen by the client, this is the first Panerai model to include a moon phase indicator. Another innovation for this sporty model is the use of polarised crystals to indicate the date. panerai.com 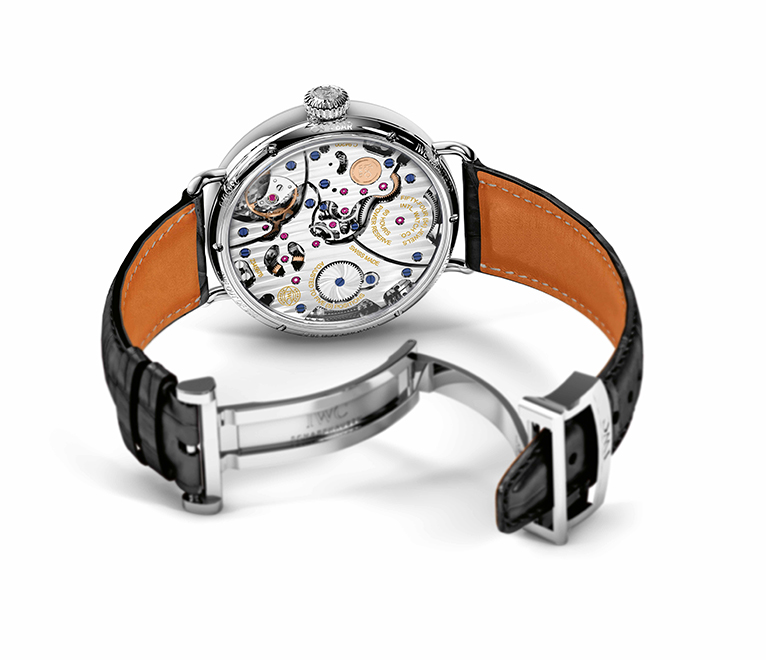 One of the most memorable watches revealed at SIHH is this one by IWC Schaffhausen. Note the digital hours and minutes display. It itself isn’t new to IWC. They had already begun introducing this to their pocket watches in 1884. That said, it is the first time the company has used it in a wristwatch. Suffice to say that it has grabbed the attention of everyone who’s seen it. The IWC Tribute to Pallweber limited-edition wristwatches with jumping numerals form part of the Jubilee collection in honour of the company’s 150th anniversary. The timepiece will be available in platinum (25 pieces), red gold (250 pieces) and stainless steel (500 pieces). iwc.com

This article first appeared in Issue 39, and has been edited for online use.