Robert-Jan Broer is the founder of Fratello watches and the creator of the Speedy Tuesday Phenomenon. Here, he talks about the day it all began and the community that has formed around the world’s most iconic chronograph. 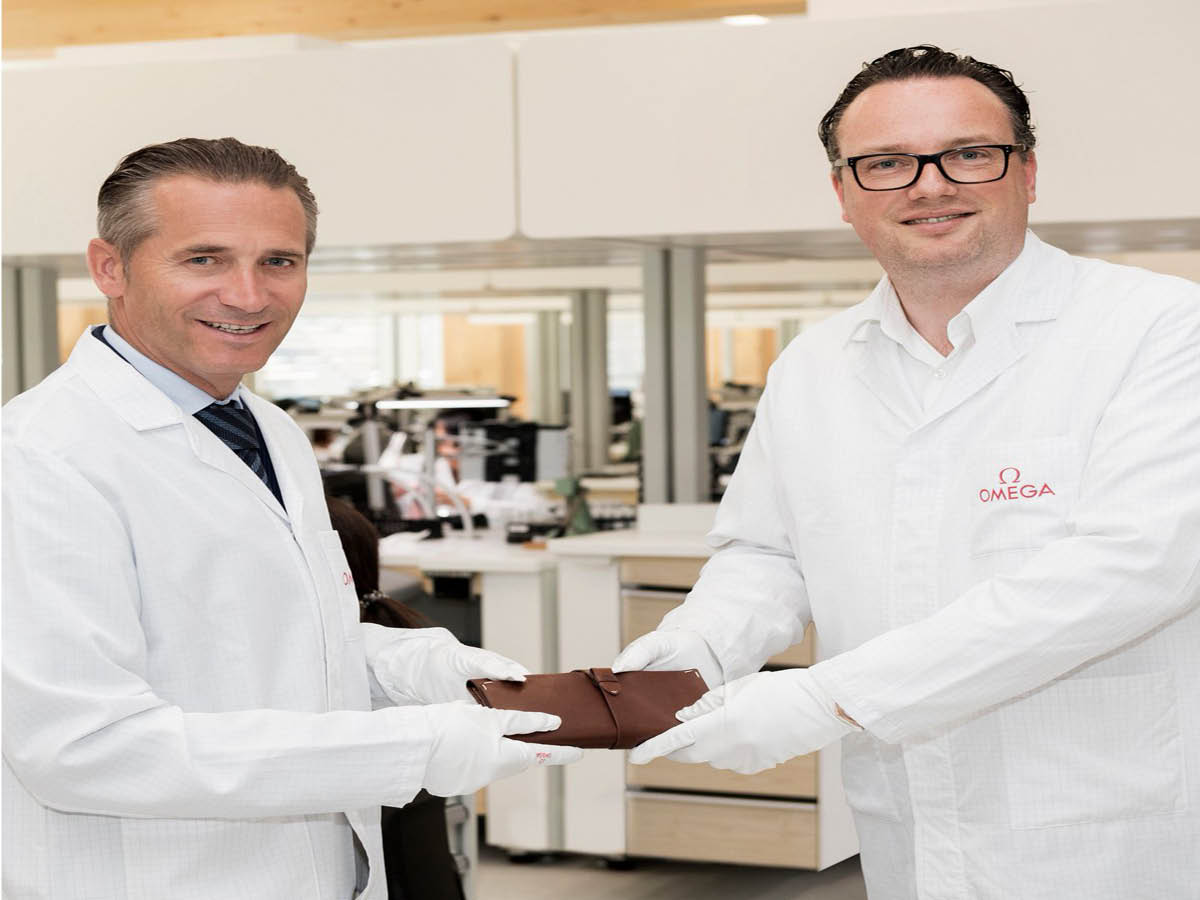 I have always been captivated by the world’s most beautiful and innovative timepieces. One of my most beloved pieces is my 1967 Speedmaster Professional. One day back in 2012, a Tuesday as it happened, I casually posted a picture of the watch on our site with a simple “Speedy Tuesday” caption. From there, the idea began to take off. Soon after, my one post had become a weekly recurring feature called “Speedy Tuesday”.

How many Speedmaster articles have you actually written?

To date, our team has created over 250 in-depth articles featuring the OMEGA Speedmaster and we still have plenty more to come. The articles have included Speedmasters flown in space, very early models, or simply a story from a reader who wants to tell the tale of their own Speedmaster. We’re never short on content.

And it’s really brought the Speedmaster community together!

Yes, absolutely. The Speedy Tuesday articles are among the best-read features of our magazine and have created a strong following of Speedmaster fans and enthusiasts. The growth and popularity of Speedy Tuesday really has been very natural and “people-powered”. On Instagram alone, the tag has been shared over 40,000 times.

Why do you think so many people have adopted the tag? Can you explain its popularity?

I think the popularity lies partly in the fact that the Speedmaster is an icon. It is the watch that was worn on the moon. And not only that, it is still a watch that people can purchase today for a very reasonable price. I also believe that people started adopting #SpeedyTuesday because there is no commercial drive behind it. It doesn’t require much effort to see that I – and the rest of our editorial team – have a sincere interest and passion for the Speedmaster. But in the end, it is just a great watch. Also without the NASA story to it, it is a wonderful hand-wound chronograph with one of the most readable dials ever. Whether you have a beautiful collection of pristine vintage models or just bought one fresh from an OMEGA boutique, everyone can join #SpeedyTuesday.

What’s special about the Speedmaster community? How is it different to fans of other watches?

About ten years ago, I went into a watch shop that had a display with a nice number of vintage Speedmasters. This display was located in the centre of the shop and there was actually a guy lying on the floor so he could see all the details of the watches. People go nuts over details. The store owner told me that ‘Speedmaster people’ are a special kind of client. They are people who are all about the watches, not about the possible investment or the money involved. That summed it up quite well, even today. The Speedmaster community is about watches, sometimes about the space programme as well of course. But the community is super friendly and people tend to help each other out to find details, or help source specific watches or parts. What’s also important is the fact that OMEGA supports this community. OMEGA has a very active museum and archives department which is there to document certain events, specific watches or to provide support to collectors who have questions. It is rather unique that a watch manufacturer goes as far as OMEGA does, but it is very much appreciated by the entire Speedmaster community.

Would you say that the Speedmaster has a more “emotive” hook compared with other watches?

Definitely. Of course, this goes two ways. One is a personal relationship with a watch, that can be any other model or brand, but in general you can ask any Speedmaster ‘Moonwatch’ owner why he or she bought the watch and you will get an interesting and very personal story in most cases. The other part is that the watch has a clear link with some great events in the past, perhaps one of the biggest accomplishments ever by mankind. For people who were a witness of those events in the 1960s and 1970s the Speedmaster has a special meaning. People who were born later (like me) or were simply too young to be aware of what happened back then, the watch is perhaps a tangible link to those events they couldn’t witness themselves.

What’s been your most interesting story that a community member has contacted you about?

I think one of the most special moments was when I was contacted by a former astronaut and his son who told me that they had ‘some watches’ and didn’t know what they were exactly. I met with the son at my house and he literally emptied a plastic bag with watches on my dining table. One of them was the Speedmaster Alaska Project III, one of the original 56 models from 1978. That watch made a huge impression on me and gave a special sensation when I strapped it on my wrist. Other stories that got to me were about Speedmaster watches that were inherited and got lost, and the email I received one evening from someone (well-known) who used to work for NASA, telling me I was doing a wonderful job on these Speedy Tuesday articles. That meant a lot to me. But in general, I appreciate all the messages I receive on a daily basis regarding Speedmasters and Speedy Tuesday.

What do you talk about most when you get together?

It is simply all about Speedmasters. We discuss details on various (vintage) Speedmaster references, talk about what our next ‘grail’ would be, what we would love to see from OMEGA in the future and of course we discuss boxes, paperwork, books and so on. We also talk about the information that is out there and has been so well documented by Speedmaster enthusiasts. One of the first people to do so online was Chuck Maddox (who passed away in 2008) who deserves a special mention here as he sparked my enthusiasm for the Speedmaster. His work is still out there and is still regarded as one of the best sources on the subject.

Do you think the community is growing?

Definitely. The number of #SpeedyTuesday tagged Speedmaster images is going up as well as the number of readers of our Speedy Tuesday articles. Not only that, but I also see that there is really a demand for get-togethers. We organize them once in a while, sometimes with OMEGA, but I feel we could do (and join) more of them. Although it is fun to discuss and show Speedmaster watches online, nothing beats meeting people who are like-minded and talk watches. In this case, social media is really interesting as it leads to meeting people and making the community really a social thing.

And you’ve inspired the new Speedy Tuesday watch! How did that feel?

It’s been fantastic to see OMEGA embrace the Speedy Tuesday idea and recognise its popularity amongst fans. I feel immensely proud that the brand has created the watch and especially that it uses some of the vintage touches that we love so much. Apparently, it sold out in 4 hours, 15 minutes and 31 seconds. Another incredible and surprising moment in this Speedy Tuesday story! Luckily, our articles, meetings and posts will continue for much longer.