Welcome to the luxury briefing. Your weekly roundup of the latest in high-end travel, art, motoring, watches and innovation. 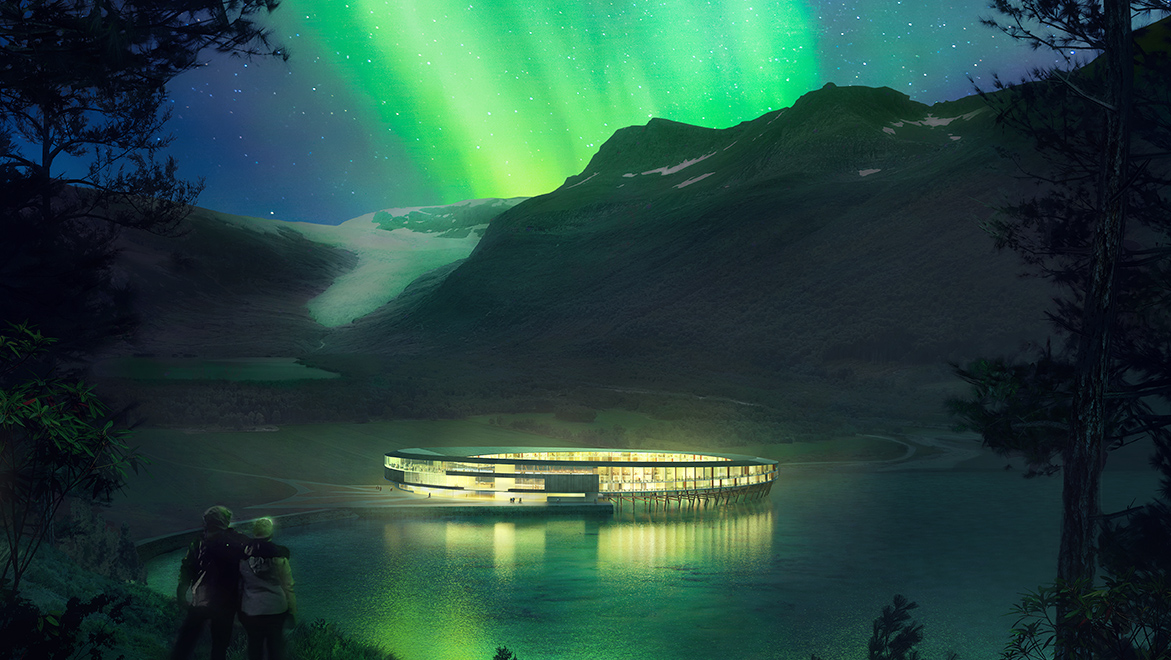 It looks like a spaceship on stilts but it’s the world’s first ‘energy positive’ hotel set to be built at the base of the Almlifjellet mountain within the Arctic Circle. The hotel, Svart (which means ‘black’ in Norwegian to reflect the deep-blue ice of the glaciers), was designed by SnØhetta, an Oslo-based firm of architects who shot to renown after their 1989 remodelling of the great Alexandria Library in Egypt. The firm was inspired by the fiskehjell – an A-shaped wooden structure used by fishermen in Norway to dry fish. The stilts, in turn, are a tribute to rorbuer, which are traditional fishermen’s houses extended on poles.

Suspending the circular hotel above the water on V-shaped stilts will reduce its environmental impact, so the area’s rare plant species and the blue ice of the Svartisen glaciers remain protected. What makes it a ‘powerhouse’ is the fact that it’s designed to produce more energy than it will consume, while running on renewable sources like wind, sun and water.  Its distinctive shape means 360˚ views of the surrounding fjords and offers a unique location for watching the aurora borealis – definitely one for the bucket list of the planet-conscious travel set. [Private Edition or Svart] 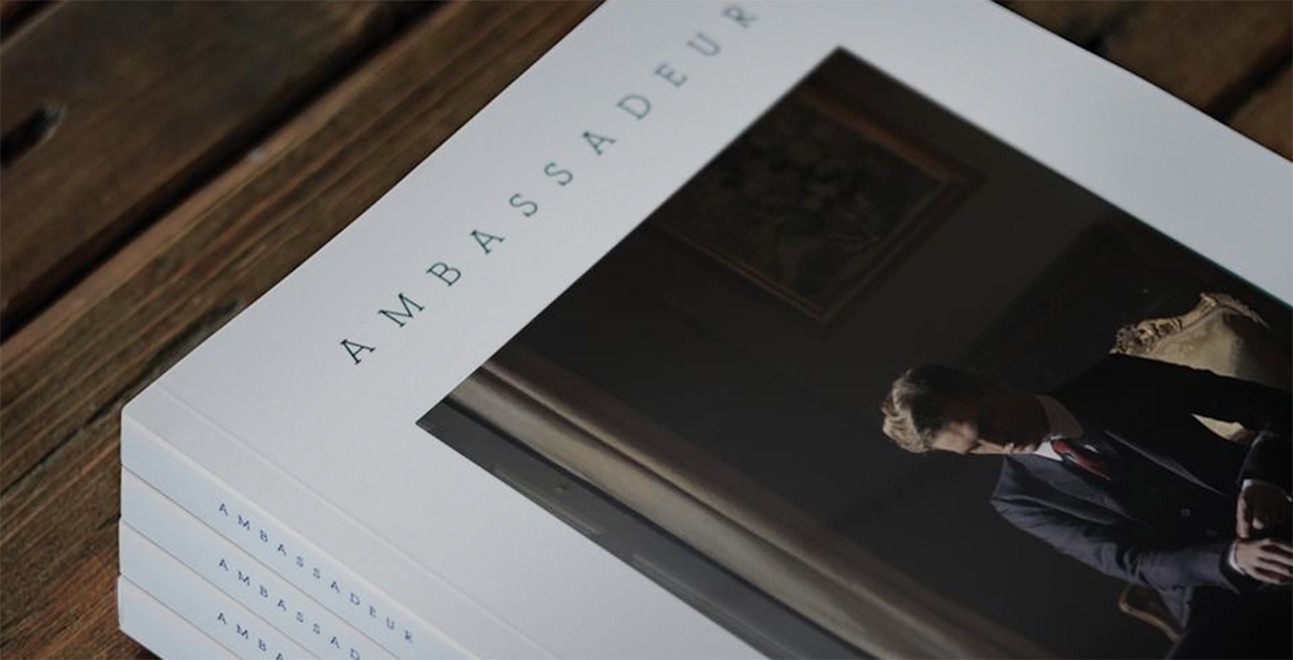 The Afrikaans luxury lifestyle journal you didn’t know you needed

There are journals, and then there are journals. Ambassadeur is a proud example of the latter, presenting an edgy luxury scene to locals –  in Afrikaans no less.  Filled with interviews with establish and upcoming artists, collaborations with brands like Gucci, and a post-Gonzo journalism that manages to appeal to start-up magnates and investment bankers alike, Ambassadeur makes for a cosy addition to your coffee table.

For those who haven’t seen the inside of a classroom or the end of an Afrikaans sentence in a while, the journal is also available in English. [Ambassadeur] 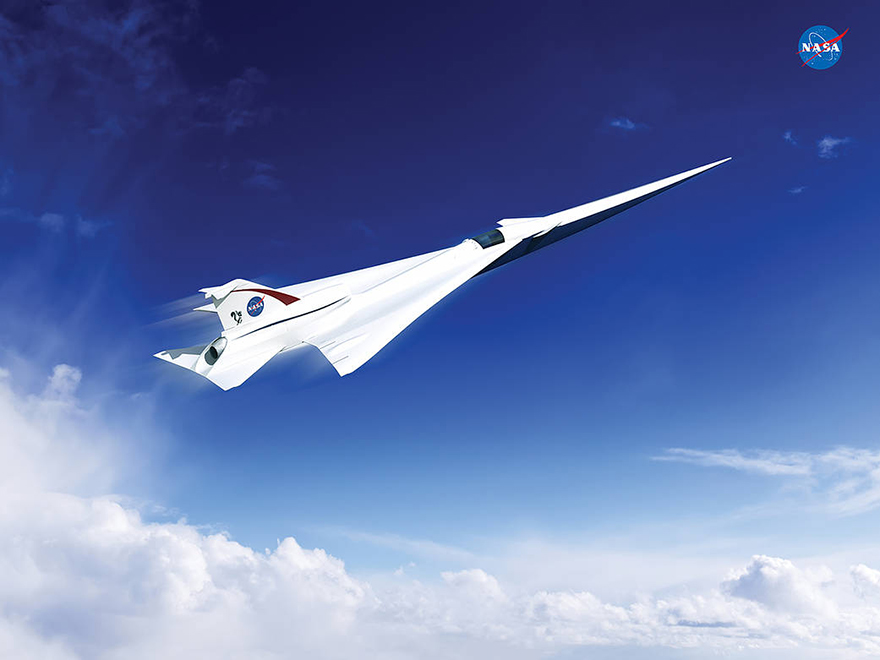 Not content to let Elon Musk have all the fun, NASA has indeed been busy. Development on the new supersonic X-Plane from NASA’s aeronautical innovators has begun. So, what makes it so special? The plane has been designed ‘from scratch’ to fly at the speed of sound – in itself a feat impressive to the layman, but the clincher is the vehicle’s noise, or lack of it.

Made with the latest in low-boom, quiet technologies (definitely a thing, Google it), the X-Plane is primed for providing ‘crucial data that could enable commercial supersonic passenger air travel over land.’ If you’re left wondering how and why, here it is in NASA’s own words:

‘Current (U.S.) regulations, which are based on aircraft speed, ban supersonic flight over land. With the low-boom flights, NASA intends to gather data on how effective the quiet supersonic technology is in terms of public acceptance by flying over a handful of U.S. cities, which have yet to be selected.’ 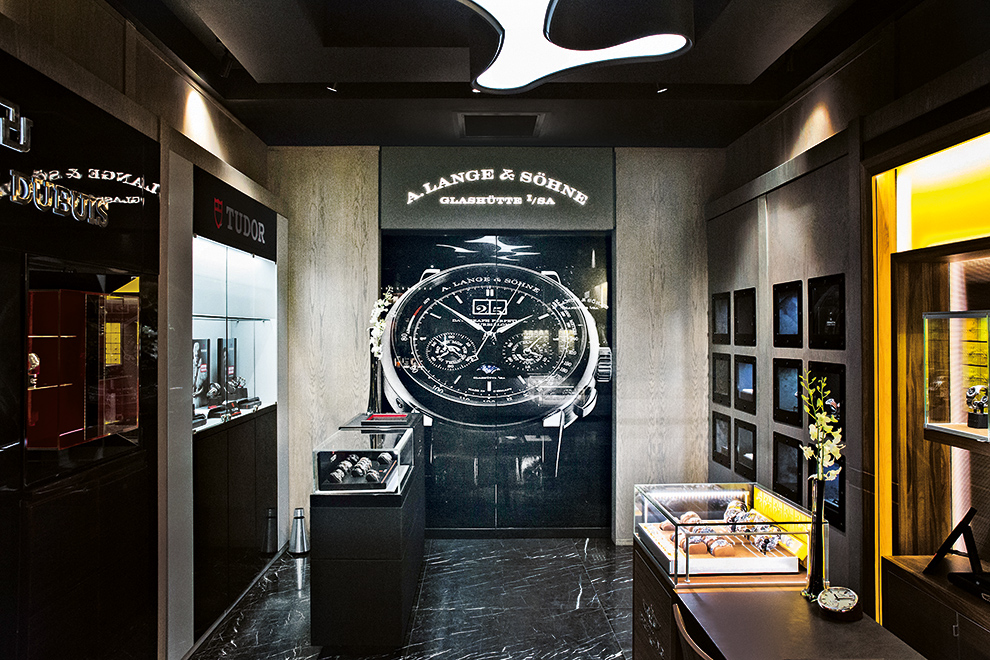 The German watchmaker A. Lange & Söhne has opened a shop-in-shop at The Vault, one of the leading retailers in the country’s emerging luxury timepiece market. The company’s new point of sale located at Melrose Arch, Johannesburg’s most prestigious shopping area, is the first one in South Africa.

The handcrafted timepieces from Germany take centre stage in an inviting atmosphere in which watch collectors can feel at ease and discover not only the exclusive timepieces but also learn more about the brand’s heritage.


For Lange CEO, Wilhelm Schmid, who attended the opening event in March 2018, the presence in Johannesburg has a special meaning: “Having lived in South Africa for several years, I am particularly happy that we finally have a point of sale in this wonderful country and the best possible partner to represent A. Lange & Söhne.”

Referring to an African proverb, he adds: “If you want to go fast, go alone. If you want to go far, go together”. In a nutshell, this is why we teamed up with The Vault. They have helped to shape the South African luxury watch market and enjoy a good reputation among watch collectors and connoisseurs.” 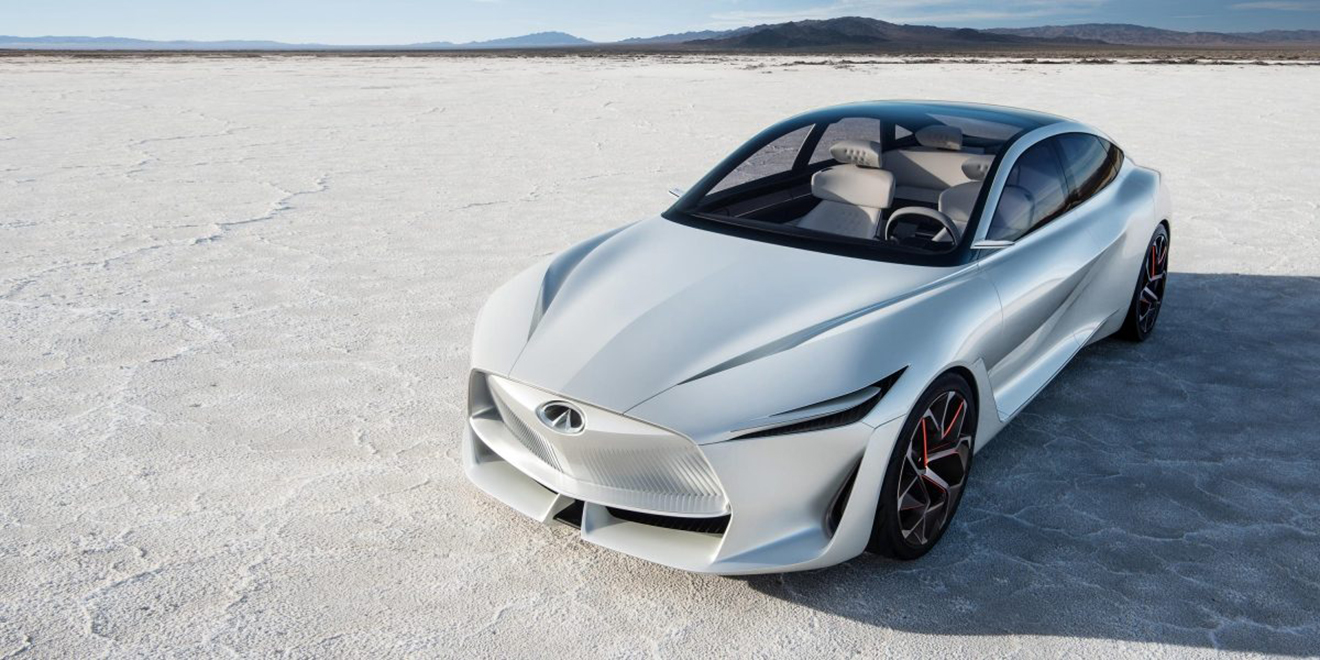 When it comes to motoring,  luxury-news platform, Robb Report, have always given the nod to only the best in show. This year’s selection from the Beijing Motor Show is no different, with Robb Report singling out the Infiniti Q Inspiration Concept (pictured above), the Pininfarina H500 and K350 Concepts, the Lexus ES, the McLaren 570GT MSO Cabbeen Collection, and the Vision Mercedes-Maybach Ultimate Luxury.

Perfect for anyone not attending the show themselves, the curated collection of luxury vehicles gives you a taste of what’s to come in the the world of exclusive, limited-release models and concept cars, and a snapshot of what is brewing in the Chinese-focused market.