From the trenches to Dunkirk

The 20th century will forever remain scarred by two World Wars that divided nations and left a devastating mark on history. At the heart of each conflict were the soldiers who risked, and often gave, their lives for their countries. On the allied side, many of these soldiers depended on their OMEGA watches as instruments for survival. The brand was one of the biggest suppliers of watches during both wars and is still recognised today for the critical role it played. 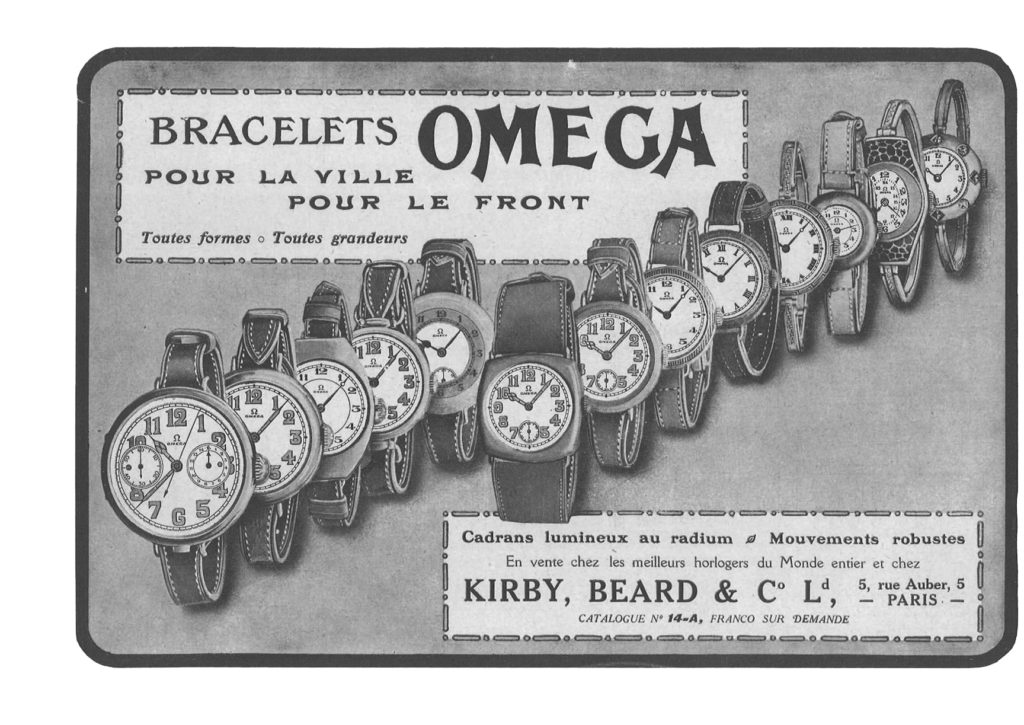 Certain qualities made OMEGA an ideal supplier of military watches at the outbreak of World War I in 1914. Precision was the first advantage. The brand had a strong history of observatory records that proved the accuracy of its timepieces. More importantly, OMEGA’s incredible manufacturing ability meant that it could deliver high quantities of these precise wristwatches and pocket watches for service. Very quickly, OMEGA became the prime choice of Great Britain’s Ministry of Defence as well as its allies.

When warfare moved into the trenches, OMEGA’s wristwatch chronographs, which were amongst the first ever made, became essential tools for commanding officers. By timing the exact difference between the flash and sound of opposing gunfire, they were able to work out the distance between themselves and the enemy; A truly important piece of information when planning your attack.

OMEGA’s good reputation continued into World War II. In fact, the brand delivered more than 110,000 pilots’, navigators’ and soldiers’ watches to Great Britain’s MoD to support its Air Force and Navy pilots during service. Incredibly, this means that more than 50% of all of Switzerland’s watch deliveries to the United Kingdom during the war came from one company, OMEGA, with all other brands sharing the remaining 50%. From Great Britain to the USA, France and even Greece, all allies benefited from OMEGA’s watches. 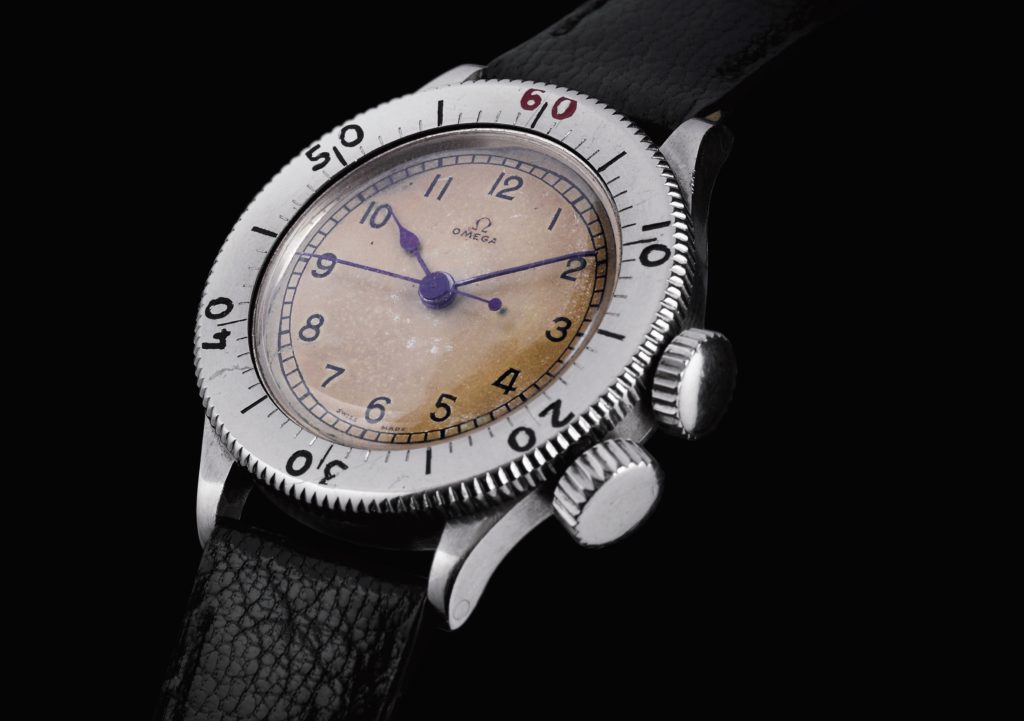 
The CK2129 was the most commonly worn OMEGA timepiece for RAF personnel in the early days of the Second World War. Its unique rotating bezel was highly valuable for pilots and navigators during missions as it enabled the timing of specific intervals. On bombing raids, for example, these timing intervals became crucial. The rotating bezel could also be locked by the watch’s 2nd crown, so that the timing couldn’t be affected by accidental knocks. The newly released film “Dunkirk”, directed by Christopher Nolan, has correctly placed this model on the wrist of Tom Hardy’s RAF character. 2,000 of the models had been delivered to the MoD at the start of the war. The watch was made to be particularly easy to read, which is why it featured a contrasting cream dial with clear Arabic numerals and poire hands. 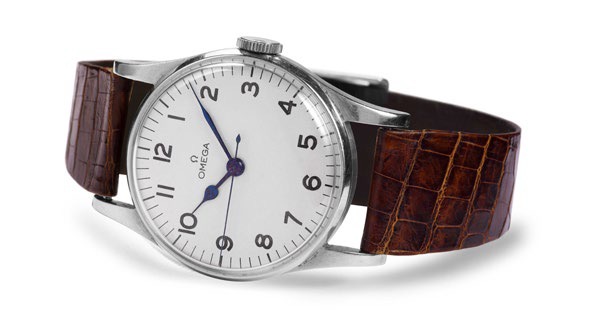 
As the war progressed, OMEGA delivered even more models to the MoD. The UK/CK2292 is perhaps the most famous and most widely used of all. These watches were supplied to the majority of RAF and Fleet Air Arm personnel. Inside was the innovative 30mm calibre, which had set numerous world precision records at observatory trials. It was far more resistant to magnetism due to a new alloy used in creating the balance spring. This greatly served the pilots flying the Hurricanes and Spitfires, who were sitting just two feet behind a huge magnetic field within their powerful engines. 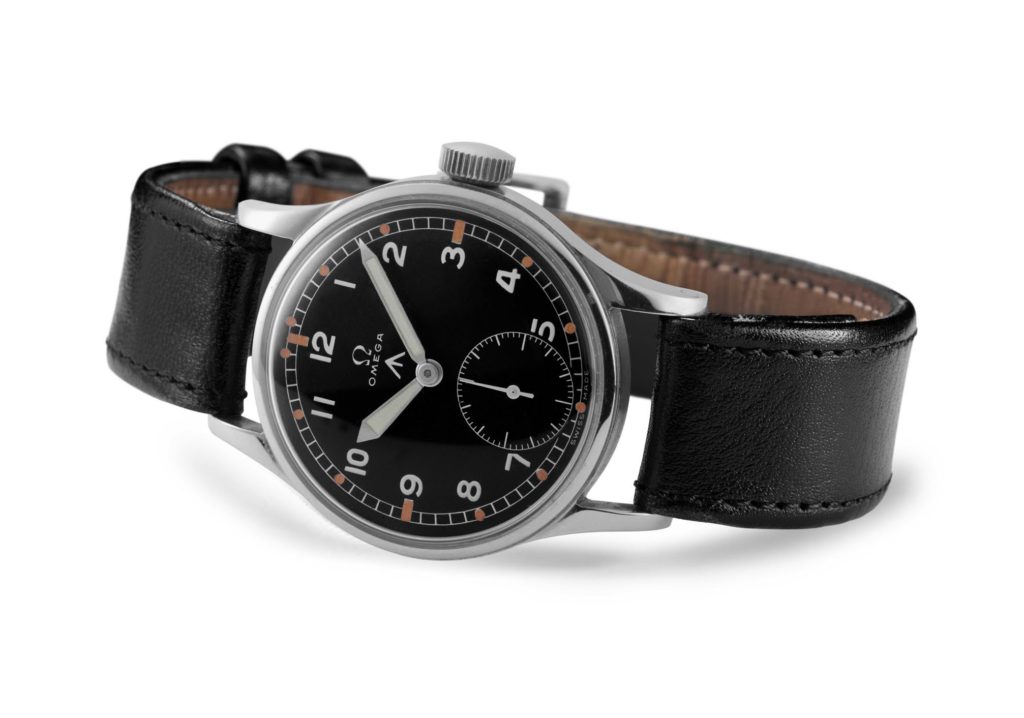 The CK2444 –The Waterproof Watch


Towards the end of World War II, as warfare moved towards the Pacific Ocean, another OMEGA watch came into service. The CK2444 became known for its superb water resistance. In fact, the MoD gave it the w.w.w engraving on the caseback, which stood for “Waterproof Wrist Watch”. There was also a Broad Arrow marking on the dial and caseback which was typical of the British military.


With the war won by the allies, Field Marshal Lord Montgomery, the hero of El Alamein and Operation Overlord, specifically requested a visit to OMEGA’s factories in Biel, Switzerland. On two separate trips, one official and one private, he proudly expressed his satisfaction with OMEGA’s watches during the war and met with company representatives to thank them for the help that the brand had given. OMEGA would continue to provide military watches into the future. Most importantly, the lessons learned by OMEGA during both wars had strengthened its overall expertise and capabilities. This built an important platform for progress and is a defining reason that, in 1948, so soon after the war had finished, its iconic Seamaster collection could be born.