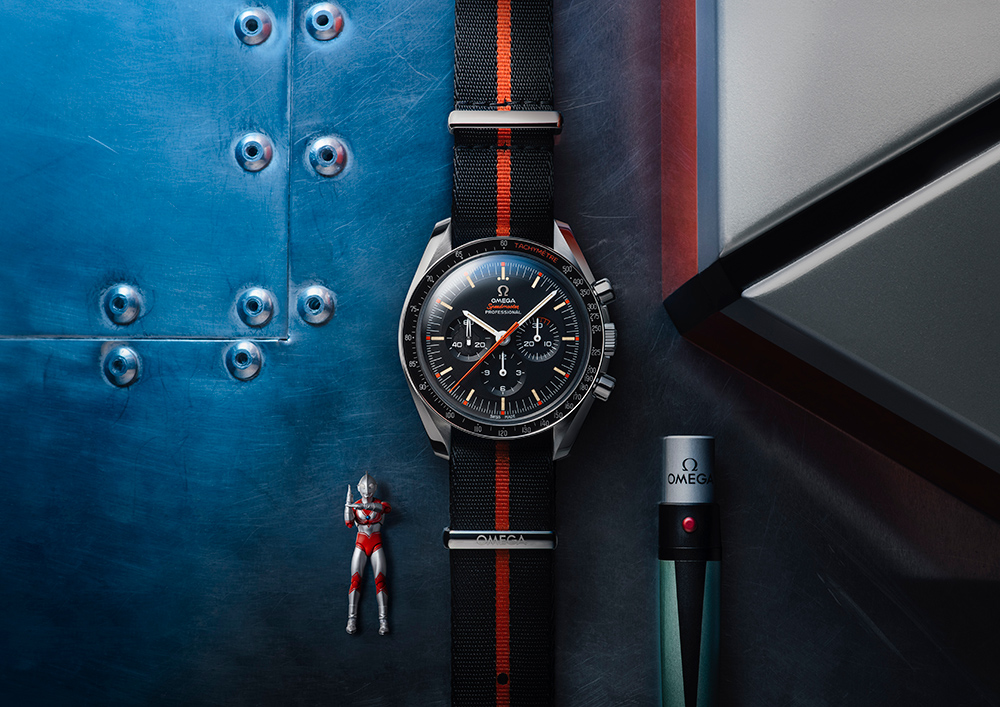 True Speedmaster enthusiasts were taken back in time with a limited edition collector’s piece after making an exclusive appearance on the brand’s Instagram page as part of journalist Robert-Jan Broer’s FratelloWatches #SpeedyTuesday phenomenon.

Limited to only 2 012 pieces the new Speedmaster Ultraman is nostalgic artistry. Omega’s Limited Edition 42mm Speedmaster Ultraman paid true homage to the Japanese tokusatsu science fiction TV series by the same name. The timepiece features the same orange colouring of the Omega 1967 Moonwatch. Not short of any detail the minute subdial at three o’clock features the first three minute markers in orange since Ultraman was only able to stay in superhero mode for up to three minutes.

Newly appointed chief creative officer of Burberry, Riccardo Tisci, posted a series of teasers announcing the partnership on his social media. Tisci, Andreas Kronthaler and Dame Vivienne Westwood are working on a limited rendition of iconic pieces. The anticipated collection is set to launch in December and, in true Vivienne Westwood style, the collection is in support for the deforestation charity, Cool Earth. This union of the pinnacle of fashion contributors promises a celebration of British heritage and styles.

An abstract ode to Yugoslavia at MoMA

Toward a Concrete Utopia: Architecture in Yugoslovia is a manifesto to the country’s shared civic space and common history after World War I. Exhibition visitors are welcomed to investigate the detailed utopian promise with more than 400 drawings, models, photographs and film reels. The exhibition will be on view at New York’s Museum of Modern Art from 15 July, through to January next year.

A century of Bentley

This week marked the start of Bentley’s 100th year anniversary and the countdown to the British luxury manufacturer’s centenary in 2019. The automotive brand worked with Oscar-winning visual effects company, The Mill, and released a short film titled ‘Together we are Extraordinary: The Story of Bentley Motors’ to commemorate decades of craftsmanship and world-class innovation.

The film was shot using 4k ALEXA Mini camera to highlight Bentley’s extraordinary journey since being founded on 10 July,1919. The film drew inspiration from the detailed shapes, surfaces and lavish materials that have made Bentley the iconic grand tourer brand it is today.