The latest women’s watch from Bell & Ross is inspired by the celestial sphere, the vast ocean littered with stars, like clusters of shimmering islands in the dark. The BRS Diamond Eagle features a midnight blue dial studded with diamonds, like a slice of the night sky tethered to the wrist. This watch evokes a spectacular journey to the stars. A journey without travel, punctuated solely by the movement of the hands. Now boarding for an elegant night flight! 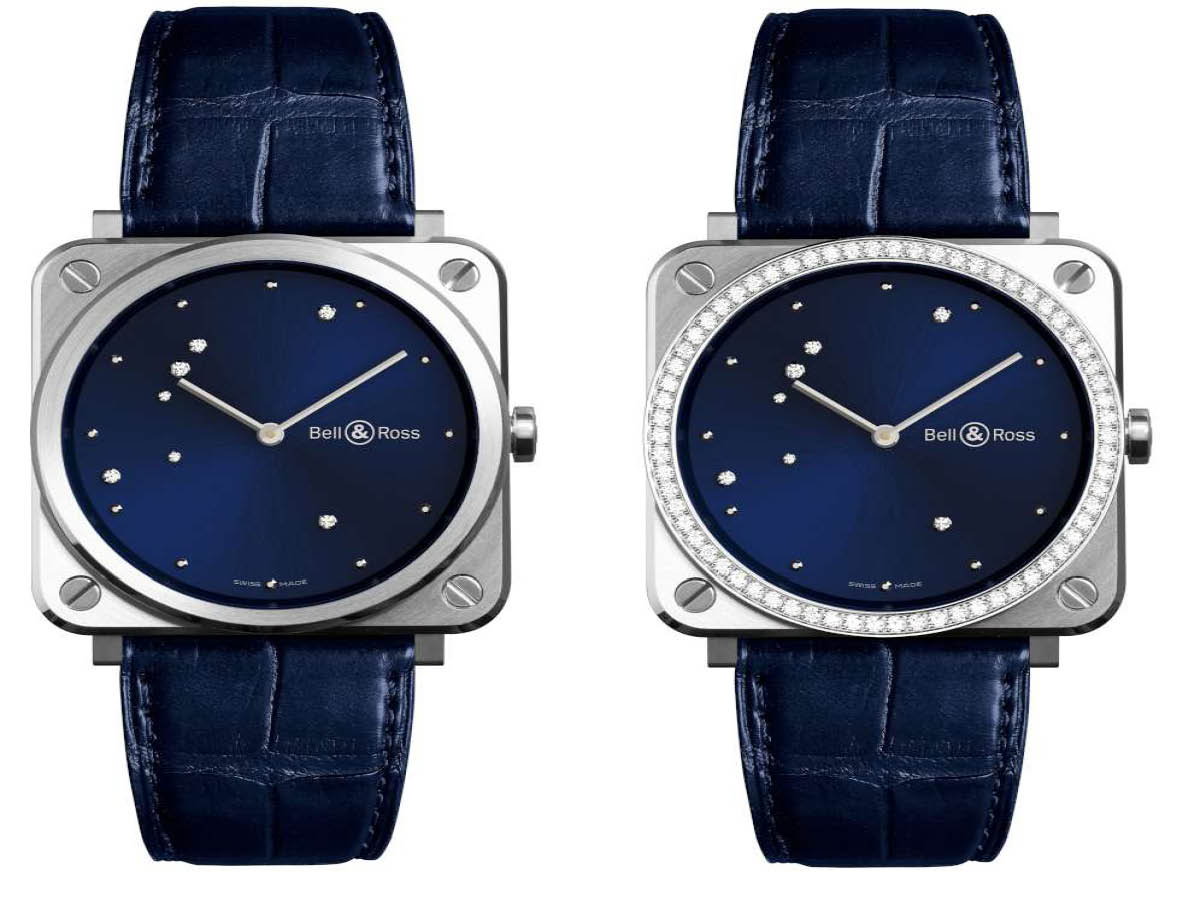 Navigation by the stars

The first aviators used visual navigation, based on observations of the sun. When night fell, it was the stars’ turn to guide their aeroplanes. The BR S Diamond Eagle pays tribute to the night skies that have always aided and fascinated pilots.

The symbolism of the stars

Long before we took to the sky, stars were already being used as points of reference for voyages by land or sea. In ancient times, navigators used the position of the stars in the night sky to find their bearings out on the ocean. Bell & Ross pays tribute to these stars, without which travellers would never have reached their destinations. In their honour, the brand has created the BR S Diamond Eagle, the latest in a line of elegant, contemporary watches aimed at sophisticated women. It features the iconic round dial set in a gentle square, and brings together a whole host of details to evoke the celestial, such as the midnight blue dial, the gleaming metal indices that pierce the darkness, and the seven diamonds that evoke the scintillating stars. Together, they form a mini Milky Way encapsulated in a watch.

The stones are set into the dial in the pattern of the Aquila constellation, named for Jupiter’s eagle. This legendary cluster of stars is easily visible from the earth. The size of the diamonds and their brilliance is a perfect rendering of this celestial group. Bell & Ross wished to lend its new watch the spectacular strength of the eagle, a legendary bird that soars to symbolic heights. These include its association with Jupiter, the god of the sky. It is not surprising that this majestic bird is deemed the king of the skies, the lion of its own domain. Its imposing wingspan invokes power and control.

With its constellation of diamonds and faceted indices, the studded dial of the BR S Diamond Eagle uses the watchmaker’s art to create its celestial display. The refined midnight blue dial features a sunray pattern, testament to the brand’s in-house expertise, characterised by tiny lines radiating outwards like sunbeams. The dial is then covered in a blue-tinted varnish, which gives it an exquisite depth. The time display is easy to read indicated by two slim hands with a streamlined design. Any woman contemplating this delicate watch will be immediately transported to the skies, as if in a dream. The dial is an aeroplane porthole through which she can admire the stunning night sky. The case comes from the BR family, created in 2005, upon which the brand’s reputation was built. It features, as it always has, the signature form of this icon -the circle within a square. Machined from steel, it is alternately polished and satin-finished to create a visual contrast between the bezel and the case and is water-resistant to 100 meters. It houses a reliable and accurate Swiss-made quartz movement at its heart. The engraved case back echoes the Aquila constellation, this time in a stylised design. The midnight blue alligator strap with pearlescent hints adds to the harmonious palette of blues used for this model. Every aspect of the watch has been designed with care, even the tiniest detail. The BR S Diamond Eagle is available in two versions, one of which boasts a bezel set with 66 white diamonds; a prestigious and elegant watch turned into a contemporary piece of jewellery. This ultrafeminine collection exudes a cosmic, yet cosmopolitan appeal.

The symbolic meets the refined

Reaching the lofty heights of sophisticated Haute Horlogerie is a real challenge. The Bell & Ross brand has answered this with the BR S Diamond Eagle. A distinguished watch that uses its celestial inspiration to make this jewel of the watchmaker’s art as precious as it is delicate. This feminine watch offers its wearer a tiny slice of the Milky Way to adorn her wrist. An end to starless nights!